Ten years ago, researchers found that about one in three cases of Alzheimer’s disease was associated with modifiable risk factors such as smoking and lack of physical activity.

Now, the same researchers from the University of California have published new data in JAMA Neurology that show these risk factors for Alzheimer’s or another form of dementia depend on a person’s sex, race, and ethnicity.

The study's findings also suggest that people can take steps to reduce their risk of cognitive decline as they age.

Roch A. Nianogo, MD, PhD, MPH, lead author of the study and an assistant professor of epidemiology at the University of California Los Angeles Fielding School of Public Health told Verywell that “engaging in healthy lifestyle behaviors such as maintaining a healthy weight or regularly exercising, which help prevent other chronic diseases such as heart diseases, could also play a critical role in Alzheimer’s disease prevention."

And you don't have to undertake them all at once. Nianogo said that "even if you begin with one or two, you’re moving in the right direction.”

The Difference Between Alzheimer's and Dementia

The new study revisited risk factors that were associated with Alzheimer’s a decade ago to see whether they had changed over time. Researchers also wanted to investigate if modifiable risk factors differed across race, ethnicity, and gender.

The researchers found that about a third of Alzheimer’s cases were related to a combination of eight modifiable lifestyle risk factors, including:

One interesting finding was related to physical activity levels. In 2011, a large number of Alzheimer's cases involved a lack of physical activity, depression, and smoking. However, in the current study, most Alzheimer’s cases were associated with midlife obesity (17.7%), physical inactivity (11.8%), and low educational attainment (11.7%).

What Does Alzheimer's Do to the Brain?

Among all racial and ethnic groups, the Asian participants were the least likely to smoke, have midlife obesity, or have midlife hypertension. Meanwhile, American Indian and Alaska Native participants had the highest rates among all three risk factors.

Older African Americans are about twice as likely to have Alzheimer’s or other dementias as older whites.

Considering all the modifiable risk factors, the researchers found Black participants had the highest Alzheimer’s cases among ethnic and racial groups.

Midlife obesity contributed the most to Alzheimer’s risk among a racial or ethnic group. Compared to other groups, Black participants were more likely to be impacted by midlife obesity.

The researchers also noticed Alzheimer’s risk factors for men and women were not the same.

Women were more likely than men to report depression, but men reported more cases of midlife high blood pressure. Midlife obesity was the biggest contributor to Alzheimer’s risk in men, while depression was more prominent in women.

Engaging in healthy lifestyle behaviors such as maintaining a healthy weight or regularly exercising, which help prevent other chronic diseases such as heart diseases, could also play a critical role in Alzheimer’s disease prevention.

Nianogo said that a surprising finding was that most of the Alzheimer’s cases in the study population occurred in men.

“This could be seen as being at odds with the fact that almost two-thirds of Americans with Alzheimer’s are women," said Nianogo. "Meaning that out of all Alzheimer’s cases, there is a higher proportion of women compared to men."

According to Nianogo, one reason for the finding could be that, except for depression and physical inactivity, men had a higher prevalence of the other modifiable risk factors for Alzheimer's such as smoking and midlife hypertension.

Alzheimer's on the Rise

By 2050, the projected rate of Alzheimer’s disease globally is expected to triple from 57.4 to 152.8 million cases.

The future of dementia may seem alarming, but researchers are gaining a better understanding of who is at risk for the disease.

The survey involved questions regarding Americans’ lifestyle choices, health conditions, and use of medical services. The survey excluded people in psychiatric centers, prisons, or hospitals.

However, Nianogo said that the data used in the study still captured relevant information for estimating groups of older aged people or people with certain mental illnesses such as depression.

Survey data from about 378,615 individuals were included in the study. The researchers looked at whether the people in the study had Alzheimer’s, another form of dementia, or known risk factors for Alzheimer’s.

People are not necessarily powerless when it comes to prevention. Griffin said there is also evidence that combining multiple healthy habits that target modifiable risk factors could prevent or delay up to 40% of dementia cases.

Alzheimer’s disease has no cure. While age and genetics are two Alzheimer risk factors you can't control, there are ways you can reduce your overall risk for cognitive decline and Alzheimer’s, such as:

A new study has highlighted how Alzheimer's risk factors vary by a person's race, ethnicity, and sex. Many of these risk factors are modifiable, and there are steps that people can take to reduce their risk of developing dementia. 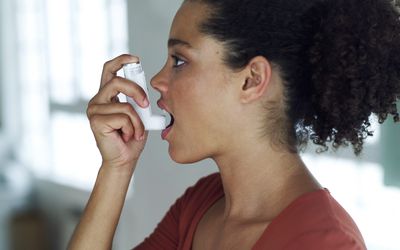 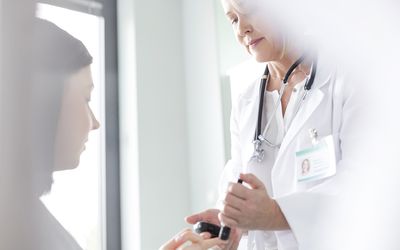