Causes of a Desmoid Tumor

Desmoid tumors, otherwise known as aggressive fibromatosis or desmoid-type fibromatosis, are a rare type of a benign connective tumor. There are no known direct causes of a desmoid tumor. However, research shows there is a genetic component. The majority of desmoid tumors result from a sporadic gene mutation, meaning it is not inherited. Only a small percentage of desmoid tumors have a family connection.

People with familial adenomatous polyposis (FAP), or Gardner syndrome, have an increased risk. Other risk factors include age, gender, pregnancy, and trauma. This article will discuss genetic mutations that can cause risk for desmoid tumors.

Genetic Causes of a Desmoid Tumor

While the exact cause of desmoid tumors is unknown, genetic variants (mutations) play a role. A genetic variant is a permanent change in the deoxyribonucleic acid (DNA) sequence. DNA is the genetic makeup of a body’s cells.

The word "genetic" is often confused with "hereditary." However, there are both inherited and non-inherited genetic mutations. The majority of desmoid tumors are not inherited. The following explores the difference between the two.

Parents do not pass non-inherited (sporadic or acquired) gene variants to children. These changes in DNA are not present at birth. The mutations occur over a person’s lifetime.

DNA copies itself during normal cell division, and somatic mutations (mutations in body cells as opposed to reproductive cells) can occur during this process. Environmental factors such as ultraviolet radiation (UV) from the sun can cause somatic mutations. These variants are only present in some cells, not every cell of the body.

Most Desmoid Tumors Are Acquired

Most desmoid tumors are the result of somatic, or acquired, mutations.

Inherited (germ line or hereditary) variants are passed from parent to child and are present throughout a person’s life. These variants are in every cell of your body. However, a parent or sibling may not have the variant because the change occurred in the parent’s egg or sperm cell, but not their whole body.

According to the National Cancer Institute, only 5%–10% of desmoid tumors are hereditary or run in families.

DNA variants responsible for hair color, eye color, and blood type are considered common variants. They have no adverse effect on a person’s health, although some may increase the risk of developing certain disorders. Genetic variants that do lead to disease are uncommon.

DNA is the genetic makeup of cells. Segments of DNA are called genes. The DNA tells a cell in the body what to do.

Genetic variants do not cause the tumor directly. Altered DNA, or genes, cause miscommunication, which leads to an overgrowth of cells.

In the case of desmoid tumors, mutations occur in the catenin beta (1 CTNNB1), or adenomatous polyposis coli (APC), gene. These mutations cause problems in the connective tissue cells called fibroblasts.

CTNNB1 gene mutations cause the fibroblast cells to make too much of a protein called beta-catenin. This excess protein does not break down, causing the cells to accumulate into a mass.

APC genetic mutations cause problems with the regulation of beta-catenin. Usually, APC tells the beta-catenin to dissolve, but the mutation causes miscommunication. Excess beta-catenin builds up and causes extra growth of connective tissue cells, allowing the formation of desmoid tumors.

An inherited mutation in the APC leads to FAP, or Gardner syndrome. People with FAP have a higher risk of developing desmoid tumors and colon cancer. FAP is hard to detect, so colonoscopies are often recommended to screen patients with desmoid tumors for colon cancer.

FAP and Risk of Desmoid Tumors

People with FAP have about a 30% chance of developing a desmoid tumor.

While there is no known direct cause for desmoid tumors, there are risk factors. Risk factors are anything that increases the chance of developing a health condition.

Some types of desmoid tumors feed off of the female hormone estrogen. Because of this increased exposure to estrogen, women have a slightly higher risk of developing a desmoid tumor than men.

Pregnant people have higher levels of estrogen than those not pregnant. They also experience stretching of the abdominal (midsection, or belly area) wall. While it is still rare, these factors increase the risk of devoloping pregnancy-associated desmoid tumors.

Desmoid tumors most often occur in young adults in their 20s or 30s. While it is more rare, they can occur in all age groups, including young children and older adults.

Trauma to the Body

Repeated irritation or trauma to parts of the body may increase the risk for desmoid tumors. This includes things that usually result in scar tissue, such as an accident, injury, or surgery.

Gastrointestinal stromal tumors are a common type of tumor found in the abdomen. Some evidence suggests those with GIST have a higher chance of getting a desmoid tumor. The researchers noted that 75% of people in their study developed a desmoid tumor after a GIST.

Other studies show that intra-abdominal desmoid tumors can easily be mistaken for GIST. Doctors may recommend a biopsy to make a differential diagnosis between the two types of tumors. A biopsy is when a sample of cells or tissues is obtained in order to examine and use for diagnosis.

While it is rare, previous radiation therapy for cancer treatment may cause an increased risk. This risk is for all types of soft tissue sarcomas, not specifically desmoid tumors, which are benign (noncancerous) sarcomas.

Differences Between a Malignant and Benign Tumor

There are no documented lifestyle risk factors for desmoid tumors. Maintaining your overall health is always a good idea to help you recover faster if you need treatment for a desmoid tumor.

Researchers haven't identified a definitive cause of desmoid tumors. However, they have found a genetic component that may lead to further answers. Desmoid tumors are linked to sporadic gene mutations, meaning the mutation is not inherited from a parent.

Desmoid tumors are more common in women and in people who are in their 20s and 30s. Other, rarer risk factors include gastrointestinal stromal tumors and having undergone radiation therapy. Maintaining a healthy lifestyle, including eating well, staying active, avoiding tobacco, and limiting alcohol intake, can help with recovering from a desmoid tumor.

We know it can be frustrating not to have any control over risk factors. However, maintaining healthy habits can help you achieve longevity and overall wellness. This increases your ability to cope and recover if diagnosed with a rare disease such as a desmoid tumor.

Talk to your healthcare provider if you have any of these risk factors or concerns, especially if you have been diagnosed with FAP. 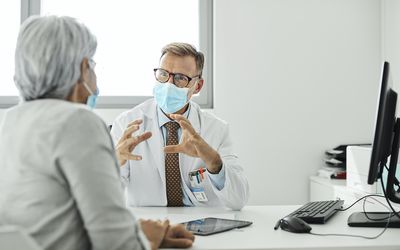 What Is a Desmoid Tumor? 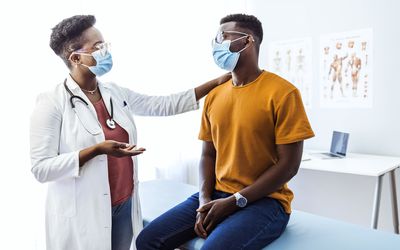 What Is Gardner Syndrome? 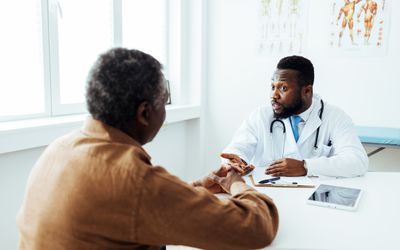 Causes and Risk Factors of Lipoma 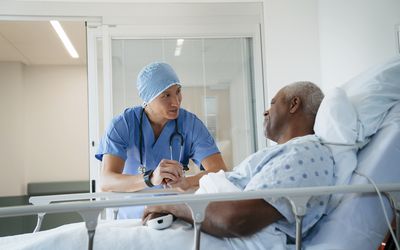