The connection is a two-way street

Diabetes and pancreatic cancer have a cause-and-effect relationship. Diabetes causes changes in cells that can lead to cancer due to the damaging effects of high blood sugar. Meanwhile, pancreatic cancer can cause diabetes by disrupting one of the key functions of the pancreas—the production of the hormone insulin, which regulates blood sugar.

This article takes an in-depth look at the connection between diabetes and pancreatic cancer, including the factors that can increase the risk of getting cancer. It also explains how pancreatic cancer is treated and prevented in people with diabetes, and vice versa.

Connection Between Diabetes and Pancreatic Cancer

Diabetes is a group of diseases that causes high blood sugar (glucose), also known as hyperglycemia. It is a common disease, affecting around 37 million adults and children in the United States, or roughly 11% of the U.S. population.

Pancreatic cancer is the 10th most common type of cancer in the United States, accounting for roughly 62,000 new cases and 50,000 deaths per year. It also tends to be one of the most aggressive forms of cancer, with only 1 in every 10 people surviving for five years.

The connection between diabetes and pancreatic cancer is a two-way street, with one influencing the risk of the other.

Pancreatic Cancer: Facts and Statistics You Should Know

Diabetes is caused by the disruption of how insulin is either produced or used. With type 1 diabetes, the pancreas no longer makes an adequate supply of insulin to regulate blood glucose. With type 2 diabetes, the body—particularly the liver, which produces and stores glucose—no longer responds to the effects of insulin as it should.

Insulin has several functions in the body. First, it allows glucose to enter cells to provide them with energy. Second, it increases the uptake of glucose in the liver for future use. When these functions are disrupted, glucose can rise in the blood to harmful levels.

Hyperglycemia causes damage to tissues and organs in several ways. Instead of being absorbed by cells, excess sugar is broken down in the bloodstream and releases unstable molecules known as free radicals. Free radicals directly damage cells on the genetic level and trigger chronic inflammation that can cause cells to change over time.

One of the possible consequences of this is cancer. In addition to pancreatic cancer, diabetes can also independently increase the risk of liver cancer and, to a lesser degree, colon, bladder, and breast cancer.

What Is the Risk?

Compared to the general population, people with diabetes are up to twice as likely to get pancreatic cancer, according to a 2021 review in the World Journal of Gastroenterology. Even so, the overall risk is considered low.

Pancreatic cancer most often involves a type of cell known as exocrine cells that make up the ducts and glands of the pancreas. Precancerous lesions commonly develop in these tissues. While most do not progress to cancer, some do.

Cancer arising from exocrine cells leads to a highly aggressive form of the disease called pancreatic ductal adenocarcinoma (PDAC). Although it can take 10 or more years for a pancreatic lesion to turn into PDAC, it may only take 12 months for PDAC to turn metastatic (cancer has spread to other sites in the body).

Pancreatic cancer can affect other types of cells, known as beta cells. These cells in the pancreas are responsible for the production, storage, and release of insulin.

Under normal circumstances, apoptosis allows old cells to be replaced with new ones. But with the onset of pancreatic cancer, the rate of apoptosis is increased, causing beta cells to die faster than they can be replaced.

This decreases insulin production and leads to new-onset diabetes (meaning diabetes that occurs within three years after having no diabetes).

For this reason, new-onset diabetes after age 50 is today considered a warning sign for the development of pancreatic cancer.

What Is the Risk?

Pancreatic cancer shares many of the same risk factors as diabetes, including obesity, physical inactivity, smoking, alcohol use, and a high-fat diet. With that said, the risk of cancer varies significantly by whether diabetes is long-standing or new-onset.

Factors that contribute to pancreatic cancer in people with long-standing diabetes include:

By contrast, factors that pancreatic cancer in people with new-onset diabetes include:

Treatment and Management of Diabetes and Pancreatic Cancer

Type 3c diabetes is a form of diabetes caused by diseases of the pancreas or the removal of the pancreas. Without a properly functioning pancreas, the ability to control blood sugar becomes all the more complex.

Currently, there are no guidelines for the management of type 3c diabetes. Even so, the treatment approach tends to be more aggressive and will typically involve:

What Is an Artificial Pancreas?

The treatment of pancreatic cancer varies little in people with diabetes compared to those without. Based on the stage of the disease, the treatment plan may involve:

The proper management of diabetes can also have a beneficial effect on people with pancreatic cancer, improving treatment response and possibly survival times.

Role of Metformin in Pancreatic Cancer

Studies have shown that chemotherapy combined with metformin increases progression-free survival times in people with advanced stage 4 pancreatic cancer. Other researchers have found that metformin combined with chemotherapy may reduce the size of a tumor and also prevent the displacement of tumor cells that can lead to metastasis (the cancer spreading to distant organs).

You can potentially reduce your risk of pancreatic cancer by:

Even so, metformin remains the mainstay of treatment for type 2 diabetes, and some experts argue that the benefits outweigh the risks given the generally poor outcomes associated with pancreatic cancer.

Metformin, the first-line treatment of type 2 diabetes, has been shown to slow disease progression and increase survival times in people with pancreatic cancer. Some studies suggest that it may even help reduce the risk of getting pancreatic cancer.

Pancreatic cancer is often "invisible" until the disease is advanced. In fact, more than half of all cases in the United States are diagnosed when the cancer has already metastasized.

It is for this reason that you should seek screening if you are at high risk of pancreatic cancer. People at high risk—such as those who have a first-degree relative with pancreatic cancer—are typically advised to undergo a magnetic resonance imaging (MRI) scan along with endoscopic ultrasonography (EUS) performed under mild anesthesia.

Having diabetes—even new-onset diabetes—is not an indication for screening for pancreatic cancer. Even so, some health experts have proposed a score-based system in which age, the amount of weight loss, and the rise in blood sugar may warrant investigation in people with new-onset diabetes.

If in doubt about your risk of pancreatic cancer, speak with a healthcare provider.

30 Sources
Verywell Health uses only high-quality sources, including peer-reviewed studies, to support the facts within our articles. Read our editorial process to learn more about how we fact-check and keep our content accurate, reliable, and trustworthy.

See Our Editorial Process
Meet Our Medical Expert Board
Share Feedback
Was this page helpful?
Thanks for your feedback!
What is your feedback?
Related Articles
What is Severe Insulin-Deficient Diabetes (SIDD)? 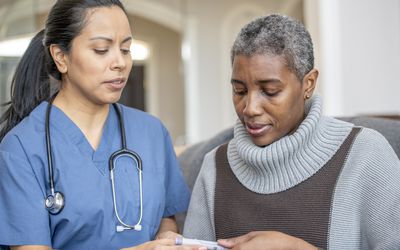 Can Type 2 Diabetes Turn Into Type 1?
Diabetes and Breast Cancer: What Is the Relationship? 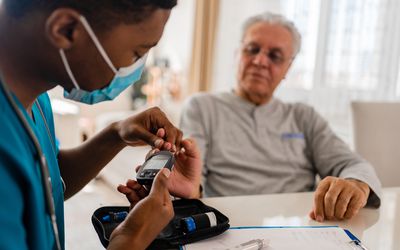 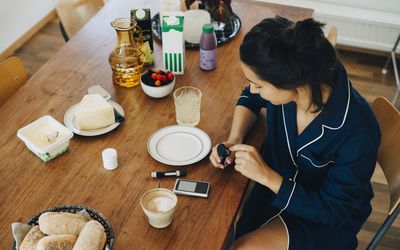