Diarrhea After Eating: Causes and What to Do

Diarrhea after eating can be caused by IBS, food poisoning, and more.

Diarrhea after eating is called postprandial diarrhea. You might experience this for a few days (acute) or it can be a condition that you deal with for a long time (chronic).

Diarrhea after eating can be caused by many things, ranging from a case of the “stomach flu” to a more serious health condition.

This article will go over the reasons why you might be experiencing diarrhea after eating. It also provides some steps you can take to feel better and possibly prevent the symptom.

Click Play to Learn the Causes and Risk Factors of Diarrhea

This video has been medically reviewed by Robert Burakoff, MD, MPH

Acute diarrhea is a common problem that can sometimes happen after eating. It typically gets better on its own after one or two days.

When you eat, the muscles in your large intestine squeeze (contract) and empty your bowels.

Causes may include an infection, food poisoning, or irritable bowel syndrome (IBS). These can make the contractions stronger and more painful than usual. Stronger contractions can also make you feel an urgent need to empty your bowels, leading to diarrhea.

Possible causes of acute diarrhea after eating include:

Chronic diarrhea after eating can be a symptom of several health conditions. For people with these conditions, a snack or meal can be enough to trigger an episode of diarrhea.

There are many reasons why you might have diarrhea after eating as a long-term symptom rather than a temporary problem.

As with acute diarrhea, there are pathogens that can cause chronic diarrhea. These include bacteria such as Salmonella, viruses such as norovirus, and parasites such as Giardia, Strongyloides roundworms, and some species of amoeba.

People who have lactose intolerance do not have enough of an enzyme that is needed to break down a sugar found in milk and milk products (lactose).

People who are lactose intolerant can get diarrhea after eating dairy foods.

How to Tell If You're Lactose Intolerant

Some people can’t digest the sugars fructose and sorbitol. Eating these sugars may cause diarrhea after eating.

People who have celiac disease have an immune reaction to a protein found in wheat, rye, and barley called gluten.

Diarrhea that’s caused by celiac disease is often very smelly. The stool is also more likely to float rather than sink.

What Is Celiac Disease?

The two forms of inflammatory bowel disease (IBD)—Crohn’s disease and ulcerative colitis—can cause diarrhea after eating.

People with IBD may also have bloody diarrhea. If you notice blood in your stool, call your provider right away.

While the names sound alike, this type of colitis is not the same as ulcerative colitis. It’s not clear what causes microscopic colitis.

The Different Types of Colitis

In this condition, the inflammation of the cells lining the intestines can only be seen when tissue is looked at under a microscope.

Diarrhea that doesn’t get better is typical of microscopic colitis. While they may get diarrhea after eating, a person with the condition also has it at other times.

Irritable bowel syndrome (IBS) can also be a cause of diarrhea after eating. There are a few theories about why IBS—especially the diarrhea-predominant type—causes this symptom.

For example, one theory is that having too much gastric acid—which is usually associated with gastroesophageal reflux disease (GERD)—might be linked to diarrhea after eating.

A small study found that people with IBS-D who took GERD medications had a lot less diarrhea after eating. However, more research is needed to confirm the results.

Another theory has to do with how much water is in the bowel.

In a 2014 study, researchers found that, compared to people who didn’t have IBS, people with IBS-D had less water in their small intestines. The fluid that was there passed through to the large intestine faster than normal which might have contributed to diarrhea.

A third theory is that some people with IBS-D may not actually have the condition.

In 2012, IBS researchers suggested that there are three conditions that are often misdiagnosed as IBS-D: bile acid malabsorption (BAM), pancreatic exocrine insufficiency, and glucosidase deficiency. All three can cause diarrhea after eating.

The researchers said that while these disorders can be hard to spot, a diagnosis can often be confirmed if a patient responds well to treatment.

Researchers have proposed that some people who are diagnosed with IBS actually have a condition called bile acid diarrhea (BAD).

Your gallbladder puts out bile acids to help your digestive system break down fats. When these acids are not reabsorbed the right way, they trigger contractions in your large intestine. The contractions can cause diarrhea.

Sometimes, the cause of BAD is unknown. For some people, it starts after surgery or illness involving the gallbladder, pancreas, small intestine, or another digestive organ.

In people who have pancreatic exocrine insufficiency, the pancreas does not produce enough digestive enzymes to fully digest the foods that they eat.

There is a test for pancreatic exocrine functioning that measures how much fat is in a person’s stools.

However, some researchers think that the test is not very good at detecting mild insufficiency, which can cause diarrhea after eating.

In terms of treatment, one study showed that IBS-D patients who were given a form of pancreatic digestive enzymes called pancrelipase had fewer episodes of diarrhea after eating.

What Is Exocrine Pancreatic Insufficiency?

If a person has their gallbladder taken out, their small and large intestines may not regulate bile acids well.

This can cause symptoms similar to BAD, but they usually get better quickly after the surgery. However, for some people, it remains an ongoing problem.

Dumping syndrome is most common among people who have had bariatric surgery for weight loss.

The condition is also called rapid gastric emptying because the stomach contents empty into the small intestine faster than they should.

Eating can trigger diarrhea in people with dumping syndrome—especially when snacks or meals have a lot of sugar in them.

What to Do If You Have Dumping Syndrome

Chronic diarrhea is not typically a sign of colon cancer—constipation is more likely. However, any change in the frequency of bowel movements can be a sign of bowel cancer.

You should also know the other signs and symptoms of colon cancer, including:

If you have chronic diarrhea and these symptoms, see your provider right away.

What Increases Your Chances of Developing Colon Cancer?

What to Do for Diarrhea After Eating

Here are some things to keep in mind if you have diarrhea after eating. These tips can help ease the symptom or even prevent it from happening.

Stay hydrated: Your body won’t absorb fluids and minerals when you have diarrhea because of how quickly stool is passing through your system. Make sure to drink extra water, clear fruit juice, rice water, or broth to replace the lost fluids. You can also try drinking ginger tea when you have diarrhea to soothe your stomach ache.

Eat bland foods: The BRAT diet, which stands for bananas, rice, applesauce, and toast is often recommended to relieve diarrhea symptoms. These foods are low in fiber and easy to digest. They are also starchy, which helps bind loose stools. Avoid foods that can worsen diarrhea, like dairy products, fatty foods, and foods that give you gas.

Use relaxation exercises to calm your body. There’s a close connection between your brain and your gut, so stress can be a trigger for diarrhea. Deep-breathing exercises and the strategic tensing and relaxing of muscles throughout the body (progressive muscle relaxation) can be effective in calming your body. They may also help slow the emptying of your bowels.

Let your provider know about your symptoms, especially if they are not getting better. They can help figure out the cause and get you the right treatment.

What to Eat If You Have Diarrhea

Should You Take Medication?

There are several over-the-counter (OTC) diarrhea treatments available, but they are not always recommended.

Products like Imodium (loperamide) or Kaopectate or Pepto-Bismol (both bismuth subsalicylate) should not be used if you have a fever or mucus or blood in your stools. If in doubt, ask your healthcare provider for advice.

Keep in mind that these medications should not be given to children without their pediatrician’s OK.

Foods to Avoid When You Have Diarrhea

When to Call Your Provider

There are some signs and symptoms along with diarrhea that can be a sign of a more serious health problem. Call your provider right away if you also have any of these symptoms:

When to Get Care Right Away

Go to the emergency room or an urgent care clinic if you can’t see your regular doctor right away.

Diarrhea after eating will often get better on its own after a few days. However, it can also be a chronic, ongoing problem.

Acute diarrhea is often caused by a temporary illness like the stomach flu or food poisoning. When it’s ongoing, diarrhea can be a symptom of a chronic illness like lactose intolerance, IBS, or celiac disease.

If you are suddenly having diarrhea after you eat or you’ve had it for more than five days, you need to talk to your provider.

In the meantime, drink lots of water to stay hydrated, eat small meals, and be on the lookout for symptoms like dehydration or blood in your stools, which require urgent medical attention.

Why You Get Diarrhea at Night

What Are the Symptoms of Colon Cancer?
19 Sources
Verywell Health uses only high-quality sources, including peer-reviewed studies, to support the facts within our articles. Read our editorial process to learn more about how we fact-check and keep our content accurate, reliable, and trustworthy. 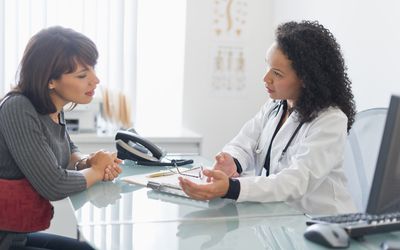 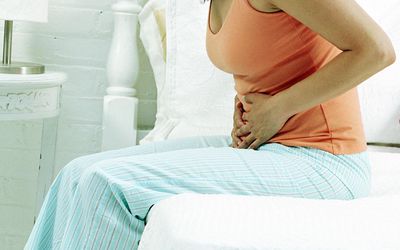 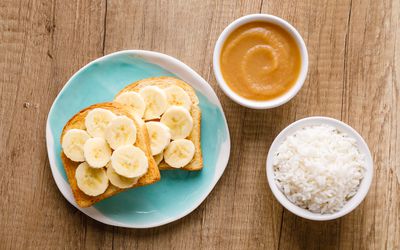 What to Eat and Drink When You Have Diarrhea 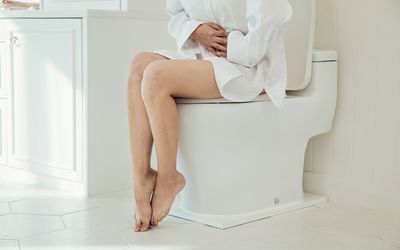 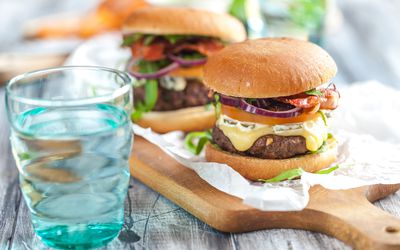 Your Gastrocolic Reflex With IBS