Even though there are many birth control methods that are very effective, you can still get pregnant while on birth control. About half of all unintended pregnancies actually happen when you are using birth control.

Also, certain conditions or behaviors can increase the chances that your birth control won’t be as effective at preventing pregnancy. If you have experienced birth control failure (like a condom breaking), or your period is late, you may be wondering, did my birth control fail?

If you have had unprotected sex, or know that your birth control failed, within the last five days, emergency contraception may still be able to prevent unintended pregnancy.

How the Female Reproductive System Works

To understand how and when pregnancy actually begins, take a look at how the female reproductive system functions:

Ovulation typically occurs around 14 days from the first day of the female's last menstrual cycle. It is important to note that there could be great variation in ovulation times. Factors such as stress and diet can affect when you ovulate.

Timing when ovulation occurs can be tricky since it may not always happen at the same time each month. In general, research suggests that for women who consistently have periods every 26 to 32 days, conception (getting pregnant) is most likely to occur during days 8 to 19.

When counting the days of your menstrual cycle, you should count the day that your period starts as Day 1. Once ovulation takes place, the egg travels into the fallopian tube and is available to be fertilized by a sperm.

If you have sex around the time that you are ovulating, you are more likely to get pregnant because this is when you are most fertile. The time from five days leading up to ovulation to the day after ovulation is when unprotected sex is most likely to result in a pregnancy.

Sperm can live inside the female body for up to five days.﻿﻿ So even if you do not ovulate for another four days after having sex, sperm could still be living inside you that can fertilize your egg when it is released. If you believe that your birth control may have failed around this time frame, you could be at greater risk for an unplanned pregnancy.

The medical community says that pregnancy begins with implantation—this is when the fertilized egg implants into the wall of your uterus.﻿﻿ This actually occurs several days after the sperm fertilizes the egg.

The human chorionic gonadotropin (hCG) hormone is only produced once a fertilized egg implants in the uterus.﻿﻿ In most women, this happens about six days after conception. The hCG levels increase significantly with each passing day. Pregnancy tests measure whether or not hCG is present.

Because it can take a minimum of six days after conception for your body to produce hCG, taking a pregnancy test too early may give you a false negative result (meaning, you are, indeed pregnant, it was just too early for the test to detect the hormone).

Studies indicate that most pregnancy tests will provide accurate results if you take the pregnancy test one week after your missed period.﻿﻿

Am I Pregnant – Did My Birth Control Fail?

Thinking that you may have gotten pregnant while on birth control and do not want to be can be stressful. To add to the confusion, many early pregnancy signs can also be due to other reasons.

But, in general, the most common cause of a missed period is pregnancy. It is also important to note that many women who are pregnant may have spotting or staining right around the time they are expecting a period.

Hormones can complicate the issue further. When your period is just late (meaning not due to pregnancy), your body may just be affected by premenstrual anxiety (anxiety, associated with PMS, that occurs before you have your period).

Also, if you begin to stress about a missing period, you can further prevent your period from coming. On the flip side, if you are pregnant, hormones associated with pregnancy can make you feel stressed.

Getting Pregnant on Birth Control

The condom you used may have broken, or maybe you missed too many birth control pills. Other reasons that you may get pregnant while on birth control include:

So, you see, it is possible to get pregnant while on birth control. But keep in mind that these typical user errors are factored into the failure rate of each birth control method. When you look at these rates, you typically see two numbers.

The higher number is the effectiveness with perfect use and the lower number is the effectiveness with normal use (which includes these common errors). So, even though getting pregnant on birth control can happen, the chances that it does are still fairly low. And don't worry, if you do get pregnant while on the pill (without realizing it), taking the pill while pregnant will not harm your baby. 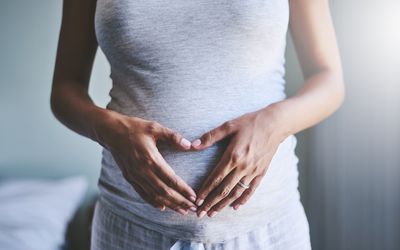 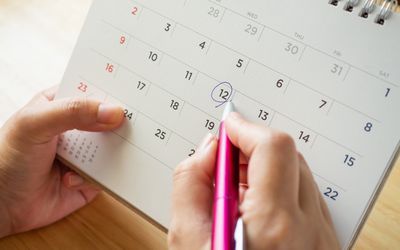 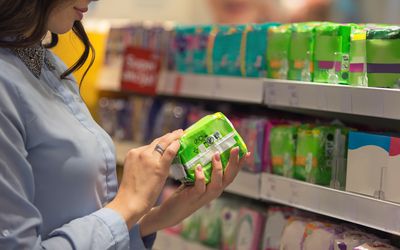