How Diet May Affect Colorectal Cancer Risk in Black Communities

Colorectal cancer is the third most common type of cancer in the United States. Over 50,000 people die from cancer of the colon and/or rectum every year.

The disease disproportionately affects Black people in the U.S. In fact, Black patients are 20% more likely to receive a colorectal cancer diagnosis and about 40% more likely to die from it than patients in most other racial and ethnic groups.

Only around 35% of the overall risk of colorectal cancer is related to genetic factors. That means having data on how to address modifiable risk factors, like diet, is essential to helping people reduce their risk.

To that end, a new study has explored how differences in dietary intake among Black and White people may affect colorectal cancer risk. The research was published in the American Journal of Clinical Nutrition.

Research has shown that dietary choices, such as eating a diet rich in fruits, vegetables, and whole grains, may reduce a person’s risk of developing colorectal cancer.

Research has shown that consuming polyphenols may reduce the risk of developing colon cancer. However, few studies have looked at the consumption of these powerful antioxidants in the group that is most at risk for colorectal cancer.

Tamar Samuels, MS, RDN, a registered dietitian at Culina Health who was not involved in the study, told Verywell that studies that look at health outcomes of Non-Hispanic Black adults in the U.S. are “far and few between.”

Since we know that Black people are at a higher risk for colorectal cancer, having more data would help providers empower people with potentially life-saving information about their health.

Only around 35% of the overall risk of colorectal cancer is due to genetic factors. Therefore, it’s important to find out how to control modifiable risk factors, like a person’s dietary choices.

In the recent study, the researchers evaluated data collected as part of the Southern Community Cohort Study. The study included data collected on more than 70,000 people from the Southeastern U.S. during 2002–2009. Most of the participants were Black and low-income.

The researchers looked at the participants’ polyphenol intakes based on their responses to a food frequency questionnaire. The researchers also counted how many people got colorectal cancer during the study period.

Greater polyphenol intake, and the intake of specific polyphonic compounds like tyrosols and hydroxybenzoic acids, were linked to a reduced risk of colorectal cancer. However, the results showed that Black people had lower polyphenol intakes than white people.

“In this study, polyphenol intake for black participants was generally half as much as white participants,” said Samuels. “In particular, Black participants ate 30% less of the phenylethanoid, tyrosol, which is a dietary antioxidant found mostly in olives and olive oil that can reach high concentrations in the colon. This decreased intake may be associated with a 6.5% higher colorectal cancer risk.”

Samuels said that compared to people with the lowest intake of polyphenols, the participants with higher intakes were more likely to be white, older, have higher income, and have a healthier overall diet.

What The Findings Mean

The authors of the study wrote that “differences in polyphenol intakes may contribute to increased [colorectal cancer] incidence among Black US individuals.”

Valerie Agyeman, RD, women’s health dietitian and host of The Flourish Heights Podcast, told Verywell that the study’s data “is extremely important because it tells us that social determinants have a direct impact on the health outcomes of those in vulnerable populations, in this particular study, low-income families and Black communities.”

Diet is only one piece of the colorectal cancer-preventing puzzle, but making an effort to increase polyphenol intake could help a person reduce their risk.

“An easy way to add more polyphenols in the diet is by drinking coffee and using olive oil when cooking with low or no heat,” said Samuels, adding that “according to this recent study, the tyrosol concentration in 2 teaspoons of extra virgin olive oil is enough to reach the levels associated with a reduction in colorectal cancer risk.”

According to Samuels, since most fruits also have high levels of polyphenols, “adding 1-2 handfuls of berries, cherries, plum slices, black grapes, or pear slices per day is an easy way to add more antioxidants into the diet.”

Here are a few other foods to include in your diet to get more polyphenols:

If you already enjoy red wine as part of your diet, having up to one glass of red wine per day for women and two glasses per day for men can also give you a boost of polyphenols.

Agyeman, who was not involved in the study, said that “health-promoting programs and strategies should be prioritized in vulnerable communities to bring more awareness to polyphenol-rich foods like berries, citrus fruits, and dark leafy greens.”

According to Agyeman, more steps need to be taken beyond encouraging Black people to eat more polyphenols because “there are so many factors that can determine why individuals may not be getting higher amounts of [these nutrients] to potentially lower cancer risk, including access to nutritious foods, education level, and income.”

It may not be as simple as sharing a list of polyphenol-rich foods to certain populations; helping people overcome barriers to gaining access to these foods is necessary to help them proactively manage their health and reduce their risk of disease.

Black people are at a higher risk for colorectal cancer, and low intakes of polyphenols might partly contribute to the increased risk. Health care providers need to recognize barriers and provide patients with the tools and resources they need to be proactive about their health.

Lack of Screening Led to Higher Colon Cancer Rates for Black Veterans
5 Sources
Verywell Health uses only high-quality sources, including peer-reviewed studies, to support the facts within our articles. Read our editorial process to learn more about how we fact-check and keep our content accurate, reliable, and trustworthy.
See Our Editorial Process
Meet Our Medical Expert Board
Share Feedback
Was this page helpful?
Thanks for your feedback!
What is your feedback?
Related Articles 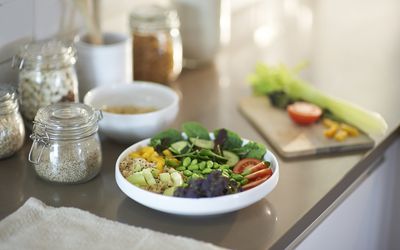 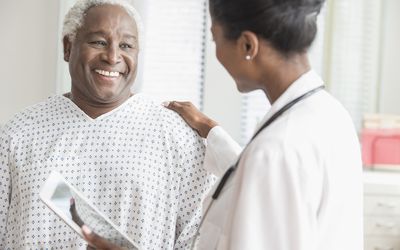 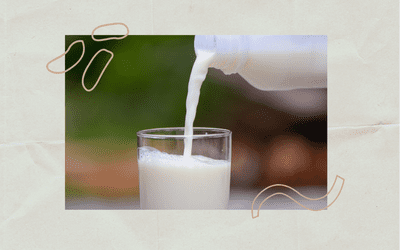