While scientific evidence is lacking, many say diet changes help

Let's start with the bottom line: Changing your diet will not cure psoriatic arthritis. And according to the National Psoriasis Foundation, there is little evidence to suggest that dietary changes will make much difference to your psoriatic disease at all. With that being said, there are people living with the disease who claim that eating a low-calorie, anti-inflammatory, or gluten-free diet has improved their condition.

The reasons for this are unclear. On the one hand, certain types of foods may add to the inflammatory burden that characterizes psoriatic arthritis. On the other, taking charge of one's health invariably promotes a better sense of well-being, reduce the stress that can trigger disease symptoms.

Regardless, it is beneficial to maintain a healthy diet if living with psoriasis or psoriatic arthritis. By eating right, exercising regularly, and maintaining an ideal weight, you can't help but manage your disease better, too.

Here's more on the three dietary approaches supported by some, including why they might be helpful in preventing or managing psoriatic arthritis.

How Psoriasis and Psoriatic Arthritis Are Linked

Obesity is a risk factor for not only developing psoriatic arthritis but also experiencing worse or more frequent flares. People with obesity have larger amounts of adipose (fat-storing) tissues which release inflammatory substances, known as cytokines, into the bloodstream. As such, the greater the adiposity, the greater the inflammation.

Psoriasis and psoriatic arthritis are both inflammatory autoimmune diseases. It stands to reason that being overweight simply adds to the inflammatory burden.

A 2017 study in the Journal of Investigative Dermatology reported that obesity, defined as a body mass index (BMI) of 30 or more, increases your risk of psoriatic disease by 87% irrespective of all causes.

In contrast, a 2015 study in the British Journal of Dermatology concluded that eating three low-calorie meals per day and exercising three times weekly reduced the severity of psoriatic symptoms in 48% of study participants.﻿﻿

There are some dietary tips that may help if you have psoriatic arthritis:

How Obesity and Inverse Psoriasis Are Linked

Certain foods are known to trigger inflammation. The rationale behind an anti-inflammatory diet is that, by avoiding foods known to cause inflammation, your body will be better able to manage diseases like psoriasis and psoriatic arthritis, as well as diabetes, gout, heart disease, ulcerative colitis, Crohn's disease, and irritable bowel syndrome.

To date, there is little evidence to support such far-reaching claims. But, at the same time, many of the foods that are inflammatory are the types you would want to avoid anyway for general health reasons.

If you decide to embark on an anti-inflammatory diet, choose foods rich in antioxidants and omega-3 fatty acids, and avoid foods inordinately high in omega-6 fatty acids.

Among the dietary approaches believed to be beneficial to people with psoriatic arthritis is the Mediterranean diet. This is a well-balanced, anti-inflammatory diet rich in fruits, vegetables, legumes, grains, fish, and olive oil, but low in dairy and red meat.

The evidence supporting its use in psoriatic arthritis is lacking. However, a 2018 study in JAMA Dermatology suggested that consuming a Mediterranean diet for two years may reduce the severity of psoriasis by as much as 29%.﻿﻿

Despite the positive findings, the study was criticized for the subjective measurements used by the researchers, which relied on a patient self-assessment questionnaire rather than the Psoriasis Area and Severity Index (PASI) standardly used in psoriasis research.

People with psoriatic arthritis are more likely to have two or more autoimmune diseases (referred to as polyautoimmunity) compared to people in the general population. One of the more common comorbid conditions is celiac disease, an autoimmune disorder characterized by an abnormal immune response to gluten.

In fact, a 2015 review of studies in the Journal of the American Academy of Dermatology reported that people with psoriatic disease are 2.2 times more likely to have celiac disease than those without.﻿﻿

Psoriasis and celiac disease share many of the same genetic mutations believed to predispose a person to the diseases. However, it is unclear whether gluten actually triggers psoriasis as some have suggested. Others believe that gluten has more of a knock-on effect. That is, it is possible that gluten triggers the initial celiac disease symptoms, but the resulting inflammation is what incites a psoriatic flare. No one really knows for sure.

If you believe that you have celiac disease, speak to your rheumatologist. Tests are available to confirm your suspicion. If you proceed with going gluten-free, you should also seek guidance from a dietitian or nutritionist experienced in gluten intolerance to ensure you meet your daily recommended intake of key nutrients.

How Psoriasis and Celiac Disease Are Linked
5 Sources
Verywell Health uses only high-quality sources, including peer-reviewed studies, to support the facts within our articles. Read our editorial process to learn more about how we fact-check and keep our content accurate, reliable, and trustworthy.
Additional Reading 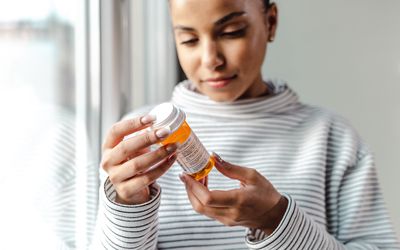 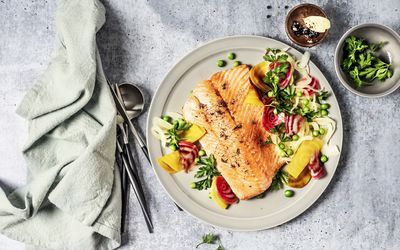 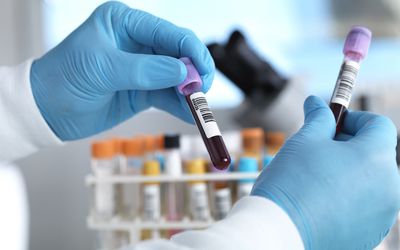 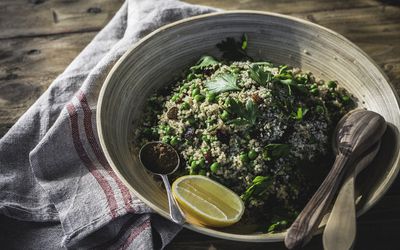