Medications, disease, and surgical procedures can suppress the immune system

The immune system is made up of cells, tissues, and organs that help the body stave off infection. Without an intact immune system, infections that the body might otherwise be able to control can become serious and even fatal.

There are a number of medications that are taken to reduce inflammation. Certain types, classified as immunosuppressants, do so by suppressing specific parts of the immune system or the immune system as a whole.

Immunosuppressants are used for treating a wide variety of inflammatory and autoimmune diseases, as well as to prevent the rejection of tissues in organ transplant recipients.﻿﻿

Because steroids reduce inflammation, they are prescribed to treat a wide range of disorders, including:

Immunosuppression is typically related to the long-term use of high-dose corticosteroids. For instance, steroid-induced immunosuppression will often manifest with candidiasis (oral thrush) in people who use inhaled steroids.

Long-term users of prednisone, one of the most commonly prescribed steroids, are at an increased risk of bacterial, viral, and fungal infections.

Even when prescribed at doses of 5 milligrams (mg), oral prednisone can increase the risk of infection from 18% after one year to 76% after 10 years of use.﻿﻿

How Long Do Prednisone Side Effects Last?

Chemotherapy is used to shrink cancer cells and help people with cancer achieve or sustain remission.

Chemotherapy drugs specifically target cells that replicate quickly. These include cancer cells but also those in hair, skin, and the gastrointestinal tract. Damage to these cells can lead to common side effects, including hair loss, mucosal inflammation, nausea, and vomiting.

Another fast-replicating body of cells are those found in the bone marrow. These tissues are responsible for producing the blood cells that help fight infection. The suppression of bone marrow accounts for the high risk of infections in people undergoing cancer treatment.﻿﻿

How to Lower Your Risk of Infection During Chemotherapy

Monoclonal antibodies are disease-fighting proteins produced in the lab that mimic the natural antibodies that the body produces to fight disease. These drugs are increasingly used to treat a variety of diseases, including:

Monoclonal antibodies can also be used to prevent organ transplant rejection by preventing the body from launching an immune assault against the foreign tissues.﻿﻿

The immunosuppressive effect of TNF-α inhibitors can significantly increase the risk of so-called "opportunistic infections." These are common infections that an intact immune system can usually control but one that can turn serious if the immune system is suppressed.

TNF-α inhibitors are associated with an increased risk of tuberculosis and fungal infections like histoplasmosis, coccidioidomycosis, and blastomycosis.﻿﻿

This class of drug includes such commonly prescribed agents as:

TNF Blockers and the Risk of Infection

The human immunodeficiency virus (HIV) is characterized by the progressive deterioration of the immune system. The virus preferentially targets white blood cells called CD4 T-cell lymphocytes that are responsible for signaling and coordinating the immune response.

As the CD4 T-cell numbers are progressively depleted, the body is left vulnerable to an ever-widening range of HIV-associated opportunistic infections. The degree of impairment can be measured by a blood test known as a CD4 count.

Opportunistic infections associated with HIV include:

Asplenia is the term used to describe the absence of normal spleen function. The spleen plays a key role in the immune response, and the loss of splenic function is associated with serious infection risks.

Asplenia may be congenital but can also occur due to underlying diseases that damage the spleen, including:

Asplenia increases the risk of Streptococcus pneumoniae, Haemophilus influenzae, Neisseria meningitides, and sepsis by as much as 200-fold.

Medical Conditions That Affect the Spleen

Inherited immune disorders, called primary immunodeficiencies (PID), are considered rare. Even so, there are more than 300 different PIDs that are known to impair different facets of the immune response. These include:

With PID, the immune system fails to produce enough immune cells, such as B-cells or T-cells, to launch an effective defense. PID is generally diagnosed at a young age and is often progressive, increasing the risk of infection as a person ages. The types of infections seen in people with PID vary by the type of immune cell affected.

The treatment of PID is complicated and requires specialist care, in part because people with PID don't respond well to immunization and instead require an infusion of immune cells to provide them with an adequate immune defense.﻿﻿

There are several procedures that can cause immunosuppression, either directly or indirectly. This typically occurs when a key component of the immune system, like the spleen or bone marrow, is damaged or removed.

The surgical removal of the spleen, called a splenectomy, is sometimes needed to treat a spleen injury, lymphoma, and autoimmune diseases like idiopathic thrombocytopenic purpura.

Asplenia is a consequence of splenectomy and one that manifests an increased risk of Streptococcus pneumoniae, Haemophilus influenzae, and Neisseria meningitides. These infections are more likely to occur within the first few years of having a splenectomy.

Radiation therapy is commonly used to treat certain types of cancer and can cause immunosuppression if the radiation damages bone marrow or other components of the immune system.

With that said, newer targeted technologies, like stereotactic body radiotherapy (SBRT), are better able to spare normal tissues and reduce the risk of radiation-induced immunosuppression.﻿﻿

Prior to a stem cell transplant or bone marrow transplant, the recipient will undergo a procedure known as bone marrow ablation in which radiation or high-dose chemotherapy kills all cancer cells as well as the bone marrow itself. It is a procedure used in people with lymphoma or leukemia to make room for the transplanted stem cells.

Without an intact immune system, people who undergo such transplants are at high risk of infection until the bone marrow rebuilds itself.

During this time, the recipient is vulnerable to fungal lung infections (including cryptococcosis and candidiasis) as well as CMV and community-acquired respiratory viruses like respiratory syncytial virus (RSV) and influenza.﻿﻿

If you have any form of immunosuppression, you will likely need to avoid contact with people who may carry contagious illnesses, including schoolchildren and toddlers. You may also need to avoid public places, wear a face mask whenever out in public, and wash your hands frequently with soap and water.

Speak with your healthcare provider to better understand ways to avoid infection if you have temporary or chronic immunosuppression. 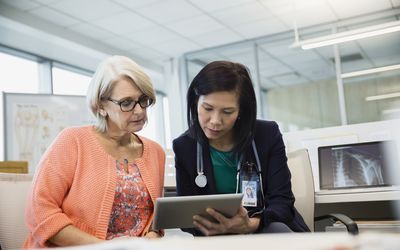