Diverticulitis vs. Ulcerative Colitis: What Are the Differences?

Both conditions can affect the large intestine (the colon and rectum). Diverticulitis occurs when bulges in weakened areas of the lining of the colon (called diverticula) become infected.

Ulcerative colitis is an immune-mediated disease that causes ulcers (holes) in the large intestine. People have can both conditions at the same time, but they have different causes.

Learn more about the differences between ulcerative colitis and diverticulitis. Make sure to see a healthcare professional for a diagnosis so you can receive the proper treatment.

Symptoms of different digestive conditions can be similar. That’s why it’s important to work with a healthcare professional to ensure that the cause of the symptoms is found and diagnosed properly.

The signs and symptoms of ulcerative colitis are primarily located in the digestive system. However, there can also be symptoms that are located in other body systems or parts of the body. These can include:

Signs and Symptoms of Ulcerative Colitis

A Change in Bowel Habits

Diarrhea or constipation are common and usually go away in a few days. However, when either stools that are too loose or too hard continue for three days or more, it might be called a change in bowel habits.

When these changes happen over and over or go on for a long period of time, it could mean that there is a problem that needs attention. That’s why it is important to discuss stools with a healthcare professional.

Signs and Symptoms of Diverticulitis

The causes of ulcerative colitis and diverticulitis are quite different.

The causes of ulcerative colitis are not well understood. It is thought to possibly be a combination of two factors: genetics and environment.

More than 200 genes have been found that are connected to IBD, but not everyone who has these genes goes on to develop ulcerative colitis or the other forms of IBD—Crohn’s disease or indeterminate colitis.

Additionally, one or more external—environmental—factors affect the immune system and/or the makeup of the bacteria in the digestive system. The result is a series of events that occurs in the body leading the immune system to attack the large intestine.

It’s thought that constipation or a lack of dietary fiber may cause diverticula that form in the colon. Without enough fiber, stool can become hard and not move through the colon easily, causing constipation.

Constipation causes too much pressure in the colon, leading to a weakening of the colon wall. Once the wall is weakened, it could lead to bulges in some spots (the diverticula).

The diverticula become infected, causing diverticulitis. It’s not clear what exactly causes the infection, but it could be caused by bacteria normally found in the stool. This bacteria may get caught in a diverticulum and grow there.

It’s also thought that some people may have ongoing inflammation, leading to diverticulitis that doesn’t get better with treatment.

Causes and Risk Factors of Diverticulitis

Some of the tests used to diagnose ulcerative colitis or diverticulitis will be the same, but there are also key differences.

A colonoscopy with biopsy is generally used in the diagnosis of all forms of IBD. A flexible tube with a light and a camera on the end is put into the large intestine through the rectum. The doctor can see the inside of the colon and choose where to take samples of small pieces of tissue (biopsies). The biopsies are then tested in a lab.

Other tests might also be used during the process of diagnosing ulcerative colitis. These help determine whether there is another reason for the symptoms, such as a bacterial infection. These tests might include:

How Ulcerative Colitis Is Diagnosed

Diverticulitis may cause symptoms that need to be investigated. A doctor may suspect diverticulitis if diverticular disease has been found in the past. However, tests may be done to ensure that symptoms like bleeding and abdominal pain are diagnosed correctly.

How Diverticulitis Is Diagnosed

One of the reasons that the correct diagnosis is essential is because the treatments for ulcerative colitis versus those for diverticulitis are quite different.

The treatments for ulcerative colitis include lifestyle changes, over-the-counter (OTC) medications, complementary therapies, prescription drugs, and surgery. Some of the most commonly used medications include:

Lifestyle changes can include altering your diet and quitting smoking. Complementary therapies may include yoga, acupuncture, and probiotics.

Surgery to remove the intestine, with either the placement of an ileostomy or a j-pouch, is another form of treatment for complicated ulcerative colitis. More types of treatments might be used to treat either the disease or its effects on other parts of the body.

How Ulcerative Colitis Is Treated

The treatment for diverticulitis may occur either at home or in the hospital. Which treatments are used will depend on the severity of the symptoms. Antibiotics may be given as first-line therapy, either orally or through an IV in the hospital.

Diverticulitis can lead to complications in about 12% of cases. Other treatments, including medications or surgery, might also be needed if there is a high fever, an inability to eat or drink, a high white blood cell count, or sepsis.

More treatments are being studied for diverticulitis, including Asacol HD (mesalamine), Xifaxan (rifaximin), and probiotics, although these are not yet proven to help.

It’s not well understood what causes ulcerative colitis. For that reason, there’s not a lot of information about how to avoid the disease. However, for those at risk, it may be worth talking to a physician about how to live a healthy lifestyle and avoid potential triggers.

Preventing complications from ulcerative colitis can include making sure the disease is under control. Staying on a treatment plan and seeing a gastroenterologist on a regular basis will be important in managing symptoms.

It may not be possible to avoid developing diverticular disease, and not much is known about prevention. However, a high-fiber diet may be recommended once diverticula are present in order to avoid diverticulitis.

Other prevention methods that might be recommended include drinking more water and getting the right amount of exercise. It might also be recommended to avoid eating red meat.

People who have diverticular disease may also be told to avoid certain medications that are known to cause bleeding in the digestive system in some people. This may include aspirin, cyclooxygenase inhibitors (cox inhibitors), and nonsteroidal anti-inflammatory drugs (NSAIDs).

Ulcerative colitis and diverticulitis both affect the colon and can cause abdominal pain, cramping, and blood in the stool, but they are different in many ways. Both have causes that are not fully determined. A colonoscopy and imaging may be used in diagnosis for each condition.

Living with digestive disease may mean paying more attention to diet, stress, and medical care. Seeing a doctor on a regular basis will be important in avoiding a flare-up of the condition or other complications. Keeping on track with medications will also be key to managing the condition well and avoiding symptoms flaring back up again.

For both diverticular disease and ulcerative colitis, diet will be important. Changing one’s diet is not easy, which is why working with a dietitian will be helpful. Having both conditions will mean taking care to live the best quality of life possible.

Comparing Ileostomy vs. Colostomy Surgery
An Overview of Diverticular Disease 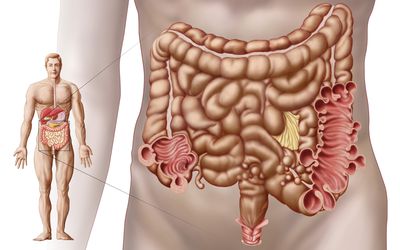 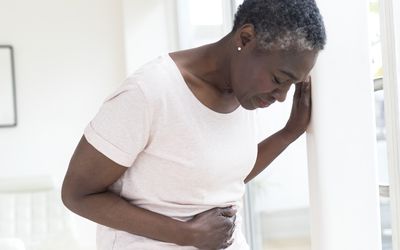 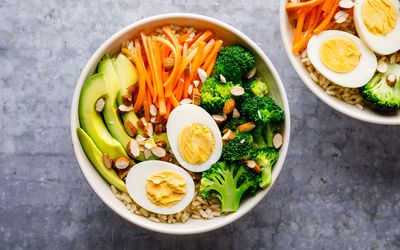 Overview of the Diverticulitis Diet