The Use of Antidepressants for Managing Chronic Pain

The Link Between Depression and Chronic Pain

It's not uncommon for people with chronic pain diseases and conditions, such as rheumatoid arthritis, lupus, fibromyalgia, and neuropathic pain to experience depression. People with chronic physical problems have higher lifetime rates of major depression. In other words, pain and depression are often comorbidities (go hand in hand.)

On the other side of the equation, a large number of people who are diagnosed with depression also suffer from chronic pain. The link between depression and chronic pain works in both directions.﻿﻿

That said, it's not uncommon for people with chronic pain conditions to be prescribed antidepressants even if they do not have any symptoms of depression.

While antidepressants are primarily prescribed to elevate the mood of clinically depressed patients by affecting neurotransmitters in the brain, antidepressants may also be prescribed as a primary treatment for chronic pain, anxiety disorders, or sleep disorders.

When they are used for chronic pain their purpose is most often as adjuvant analgesics. This means that they are prescribed along with other pain medications rather than used alone as a pain treatment.﻿﻿

The precise mechanism by which antidepressants work to manage pain is largely unknown, though it appears that the way in which they help chronic pain may be unrelated to the mechanisms by which they alleviate depression.

It is generally thought that antidepressants have an effect on the neurotransmitters serotonin and norepinephrine, especially along descending spinal pain pathways. Antidepressants may also work through histamine receptors or sodium channels.﻿﻿

There are several different classes of antidepressants that have been tried for people with chronic pain and the way in which one antidepressant class functions may be different than another. Drugs which have been studied include:

Let's take a look at each of these classes separately.

Tricyclic antidepressants were considered the standard treatment for depression before SSRIs were developed. While these drugs are now used less often for depression, they are the most common type of antidepressant used for chronic pain. They appear to be most effective in the management of neuropathic back pain but have been used on all types of pain.

Drugs which are classified as tricyclic antidepressants include:

When tricyclic antidepressants (especially amitriptyline) are used for chronic pain, they are usually given in doses much lower than those used for depression, and therefore usually result in fewer side effects. Common side effects may include blurred vision, weight gain, and sleepiness.﻿﻿

Selective serotonin reuptake inhibitors (SSRIs) are some of the more commonly prescribed antidepressants for depression and anxiety. Drugs in this category include:

As the name suggests, SSRIs target the neurotransmitter (brain chemical) serotonin and the goal is to increase serotonin levels in the brain. SSRIs are effective medications for many patients and side effects are usually moderate and more tolerable than those associated with tricyclic antidepressants.

Studies looking at the use of SSRIs for chronic pain without depression find that these drugs have some effect on most chronic pain conditions, but further research is needed.

Both SSRIs and SNRIs may help control pain and fatigue associated with chronic pain conditions or fibromyalgia, but SNRIs may be more effective than SSRIs in terms of pain relief.

Drugs in this category include:

Common side effects associated with SNRIs include nausea, loss of appetite, anxiety, headache, insomnia, and tiredness.

NDRIs are another type of antidepressant, with bupropion (Wellbutrin or Zyban) the main drug in this class.

Combined reuptake Inhibitors and receptor blockers may be used for depression, sleep conditions, or chronic pain off-label and include:

Common side effects include drowsiness, dry mouth, nausea, and dizziness, and these drugs should not be used by people with a history of liver problems.﻿﻿

MAO Inhibitors are older antidepressants that are not widely used to treat depression or other conditions due to the side effect profile.

There are many dietary restrictions for people who use these drugs and significant serious side effects are common.﻿﻿

Studies on the Use of Antidepressants for Chronic Pain

Research studies have found benefit from the use of antidepressants in the management of chronic pain in adults, especially amitriptyline.﻿﻿

Unfortunately, there is very little information available on the use of antidepressants for non-cancer-related pain in children or adolescents.

Drugs Approved for Chronic Pain vs. Off-Label Use

When talking about the use of antidepressants for chronic pain it's important to distinguish drugs that are approved for this use versus those that are used off-label. When a drug is FDA approved for a particular use it means that the FDA has reviewed the studies and has found that the drug may be effective and relatively safe for that use.

Off-label use, however, refers to drugs that are FDA approved for one condition (for example here, depression) but may be used for another reason (for example, chronic pain).

The use of antidepressants is not without warnings. The FDA states that adults and especially children should be observed for increased depression or suicidal thoughts or behavior during the first few months of treatment or following a change in medication dosage.

People should immediately contact their healthcare provider if depression symptoms worsen or if suicidal thoughts or behavior increase. It's also important for those who take an antidepressant to be familiar with the risk factors and warning signs of suicide.

Antidepressants can be helpful for people coping with chronic pain in more than one way. Many people living with fibromyalgia or other chronic pain conditions also suffer from depression. Yet some antidepressants may provide relief from chronic pain through different mechanisms.

Coping with chronic pain is difficult, and affects every aspect of your life. A combination of different medications (such as adding in an antidepressant) might be most beneficial, but non-medication treatments and stress management are equally important. 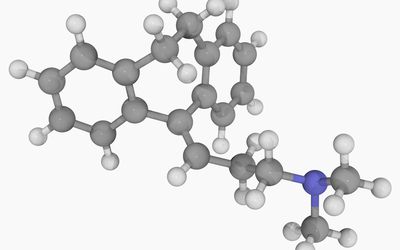 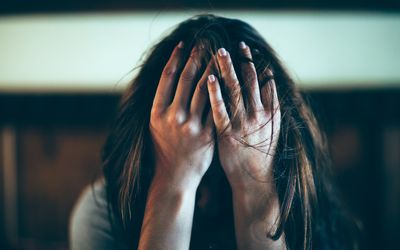