Alzheimer’s disease is known for its effects on memory, word-finding, communication, and behavior. But what about a physical ability and functioning, such as walking? Or the use of the arms? Does Alzheimer’s affect the body as well as the brain?

In the early stages of Alzheimer’s, physical ability remains largely intact. It’s not uncommon for people with early dementia to walk for more than a mile at a time and appear to have completely normal functioning. It’s often difficult to tell that someone has early stage dementia just by looking at them. In fact, it may appear there is nothing wrong with them.﻿﻿

As Alzheimer’s progresses into the middle stages, the physical ability of people begins to decline. The brain forgets how to make the muscles work to walk, and feeding oneself becomes more difficult. The phrase “Use it or lose it” in terms of muscle ability applies here. The physical ability to hold urine and bowel movements declines, as does the mental ability to interpret the body’s signals.﻿﻿

In the late stages of Alzheimer’s disease, physical ability is significantly compromised. Walking and range of motion are severely limited. Most people in this stage of dementia need to be fed by someone else and some develop difficulty with swallowing and choking. Contractures, where a leg, arm or hand is bent too far and is difficult to straighten out, can develop because the person doesn’t use the muscle enough. Eventually, loved ones are faced with end-of-life decisions.

What Caregivers Can Do to Help

There’s no cure for Alzheimer’s yet, but there are a few things family and caregivers can do to increase the quality of life for a person with dementia as it related to their physical abilities.﻿﻿ 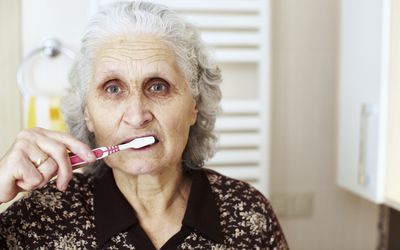 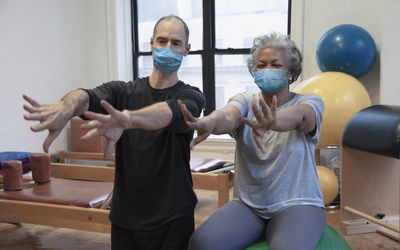