The federal government does not agree. The U.S. Drug Enforcement Administration (DEA) continues to categorize marijuana as a Schedule I drug—and that makes it illegal. What does this mean for people on Medicare who may want to use the drug for treatment?

The Controlled Substances Act (CSA) of 1970 devised a system for classifying drugs. It divided drugs into the following five categories, or schedules, based on their risk for triggering substance abuse or dependence.

Though the words are often used interchangeably, abuse and dependence are quite different. In simplest terms, dependence means the body physically needs a drug, whereas abuse means someone's mind, their emotional or psychological state, needs it too.

With legalization in multiple states, petitions have been made to the DEA to recategorize marijuana from a Schedule I to a Schedule II drug. This would have ramifications that would not only affect local law enforcement but also regulations about production and even importing and exporting the drug. In August 2016, the DEA declined those petitions, keeping marijuana as a Schedule I drug.

There are, however, studies that support marijuana's clinical use. Research shows the health benefits of marijuana and its derivatives, especially the active component of marijuana known as tetrahydrocannabinol (THC). More data, however, is available in animals than humans.

Conditions that have data to support the use of medical marijuana, at least to some extent, include:

There is less support for the use of medical marijuana in fibromyalgia, Huntington's disease, Parkinson's disease, rheumatoid arthritis, or non-cancer-related pain. In all cases, psychoactive side effects remain a concern.

In order for Medicare to cover a medication, it must be approved by the Food and Drug Administration (FDA). This means a medication has undergone clinical trials and shown benefits for treating specific medical conditions. As of October 2020, the FDA currently approves only four medications derived from cannabinoids for use in the United States:

Some Medicare Part D prescription drug plans or Medicare Advantage plans with Part D coverage may cover these medications. Check to see if they are on your plan's formulary.

Medicare, a federal program, will not pay for Schedule I drugs because the DEA, a federal agency, states marijuana is against the law. Until the DEA makes a schedule change, medical marijuana is off the table for Medicare beneficiaries unless they specifically use one of the FDA-approved medications. Any other type of marijuana treatment will need to be paid for out of pocket.

That doesn't mean you are unable to use medical marijuana as a Medicare beneficiary. A healthcare provider cannot prescribe or order it you per se, but they can make a "recommendation" or "certification" for it.

These practitioners need to be in good standing, have an active medical license, establish a patient-healthcare provider relationship with you, educate you about the pros and cons of different routes of administration, and document a care plan, including treatment goals and expectations. Depending on the state, they may only be able to recommend medical marijuana for certain medical conditions.

Once you have a recommendation or certification in hand, you will then be able to go to a state-approved medical marijuana dispensary. Unfortunately, as mentioned, you will have to pay out of pocket.

The savings to Medicare amounted to $165 million in 2013. Researchers estimated that those savings could have been as high as $470 million if medical marijuana were legal across the country.

Looked at in this way, medical marijuana could decrease the burden of the opioid epidemic in a way that the current Medicare opioid guidelines have not.

The FDA and DEA continue to butt heads over the medical benefits of marijuana. At the present time, marijuana and its related products, with the exception of four FDA-approved medications, remain classified as Schedule I.

Despite that, studies have shown that Medicare Part D beneficiaries living in states that have legalized medical marijuana have saved millions of dollars on prescription medications and have significantly decreased the use of opioid medications.

Will the Centers for Medicare and Medicaid Services see medical marijuana as an option to cut costs and decrease opioid overuse in the future? Time will tell. 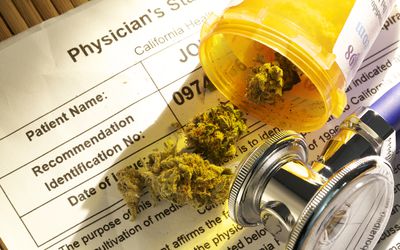 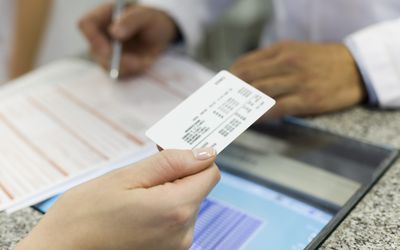 The Definition of Medical Necessity in Health Insurance 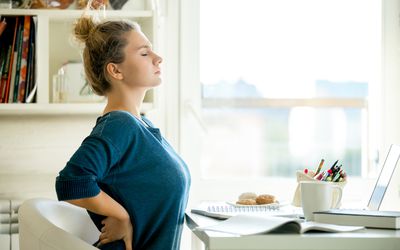 Medical Marijuana for Back Pain 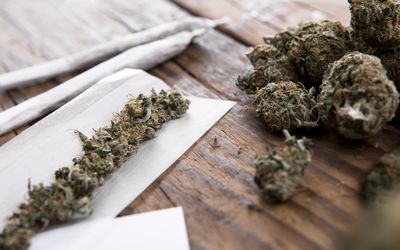