The Mirena IUD can help decrease heavy menstrual periods, usually beginning around three or more months after placement. It takes about a year for Mirena to stop periods altogether, but this only happens for about 20% of those who use Mirena.

Mirena can also reduce menstrual pain and pain related to endometriosis, which is when the tissue that lines the uterus grows in other parts of the abdomen.

What Is Mirena IUD?

Mirena is a hormonal intrauterine device (IUD) used for birth control. This small, T-shaped device is inserted into the uterus to prevent pregnancy for up to seven years by releasing small amounts of a progestin hormone called levonorgestrel into the uterus.

If you have chosen Mirena for birth control, you may also experience some additional non-contraceptive benefits, such as relief from heavy periods.

Mirena is a good non-surgical treatment option if you suffer from heavy periods.

In 2009, the U.S. Food and Drug Administration (FDA) approved Mirena to treat heavy menstrual bleeding. It is currently the most effective medical therapy for this concern.

How Many Women Suffer From Heavy Bleeding?

Heavy periods can lead to anemia (when your body doesn’t have enough healthy red blood cells) and other problems.

Symptoms of a Heavy Period

Few women would be able to estimate the exact amount of blood lost during their period. With that in mind, look for these signs, which indicate heavy bleeding:

Here is a summary of some of this research:

After the Mirena IUD is inserted, the progestin released helps reduce the monthly thickening of your uterine lining. This makes the lining thinner, so there is less of it to shed during your period.

This results in less bleeding.

How Long Does It Take to Work?

Mirena can reduce monthly bleeding in females with average or heavy periods. Most females who use Mirena will experience a reduction in blood loss after 3 to 6 months of use.

There is roughly an 80% decrease in blood flow within four months of insertion whether you have regular bleeding or heavy bleeding. After a year of use, over 95% of people have a reduction in bleeding.

Is Spotting With Mirena Normal?

Some people fear that Mirena won't help early on, as they notice that they have more spotting rather than less. It's important to point out that more days of spotting or irregular bleeding is normal after Mirena has been inserted. It usually decreases after a few months of use.

Mirena can significantly reduce menstrual bleeding for the majority of people who have this IUD inserted. This may help with lifestyle issues and reduce the potential for anemia.

Amongst its advantages, it is less invasive than a surgical procedure and preserves your fertility better than other treatment options.

Any method of reducing menstrual bleeding can have side effects, and it's important to have a careful discussion with your healthcare provider about what is right for you. 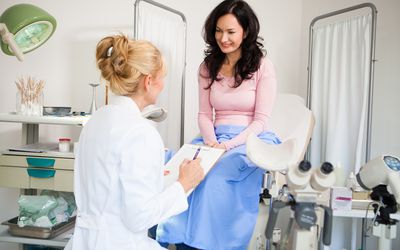 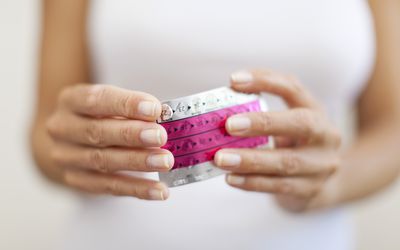