Listerine studied in the prevention of sexually transmitted infections

Though there is some evidence that mouthwash like Listerine may reduce the risk of certain sexually transmitted infections (STIs) following oral sex, the reduction in risk is relatively small and cannot be considered a viable means of STI prevention.

The best way to prevent STIs is through sexual abstinence or safer sex practices.

This article takes an unbiased look at the effectiveness of antiseptic mouthwashes in reducing the risk of STIs like gonorrhea, chlamydia, herpes, HIV, human papillomavirus (HPV), and syphilis following oral sex.

The Most Common Sexually Transmitted Infections

Most of the studies on this matter involved the prevention of gonorrhea caused by the bacterium Neisseria gonorrhoea.

One such article, published in the journal Sexually Transmitted Infections in 2017, looked at whether gargling with Listerine could be an effective way to reduce the risk of oropharyngeal gonorrhea (gonorrhea of the mouth or throat).

What the researchers found was that the male participants—all of whom had N. gonorrhoea in their mouths, as evidenced by oral swabs—were 38% less likely to have any trace of the bacteria after gargling with Listerine compared to those who gargled with plain salt water.

Despite the positive findings, it is unclear if the reduction in bacteria levels is significant enough to reduce the risk of gonorrhea through oral sex.

The findings were limited in part by the small size of the study (53 males) as well as the fact that there was no measurement of how much N. gonorrhea was in each person's mouth, which can vary by the stage of infection. It was also unclear how long this protective effect might last.

A later study from the same research team actually found that antiseptic mouthwash did little to reduce N. gonorrhoea levels in the mouth of 823 male participants based on nucleic acid amplification testing (used to detect the genetic material of the bacteria).

Even so, some health experts argue that even a small reduction may help reduce gonorrhea infection rates in some harder-hit communities.

A 2018 review of studies in Current Opinions on Infectious Disease suggested that the regular use of antiseptic mouthwash could potentially reduce rates of oropharyngeal gonorrhea among men who have sex with men (MSM) in the United States.

This is important because antibiotic-resistant gonorrhea is spreading rapidly through MSM communities. According to the Centers for Disease Control and Prevention (CDC), the incidence grew by no less than 375% between 2010 and 2018.

Mouthwash and Prevention of Other STIs

In general, the evidence supporting the use of mouthwash to prevent STIs is weak.

A 2021 review of studies in BMJ Open could find no evidence that regular mouthwash reduced the risk of oral STIs in 315 heterosexual men and 366 heterosexual women. Even those who used mouthwash daily had no difference in their risk compared to infrequent users.

The same findings were reported in a 2021 study in Lancet Infectious Diseases in which 151 MSM considered to be at high risk of STIs were just as likely to get syphilis, chlamydia, or gonorrhea as those who didn't use mouthwash.

It is worth mentioning that research has also examined the role of oral hygiene in limiting oral HPV infection.

A large study published in 2013 in the journal Cancer Prevention and Research found that poor oral health was associated with oral HPV infection.

Even so, there is no evidence that mouthwash actually prevents the transmission of the virus.

There is currently no evidence that mouthwash can prevent an STI.

It is also important to limit your number of sex partners and avoid sex with any partner who has genital sores or ulcers.

It is also important to get recommended STI screenings, particularly if you are a younger sexually active female, a sexually active MSM, or anyone with risk factors for STIs. Speak with your healthcare provider to determine which tests are recommended for you.

A Guide to Regular STI Screenings
8 Sources
Verywell Health uses only high-quality sources, including peer-reviewed studies, to support the facts within our articles. Read our editorial process to learn more about how we fact-check and keep our content accurate, reliable, and trustworthy. 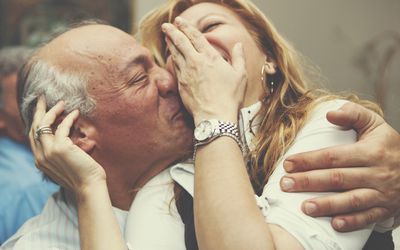 Can You Get HPV From Kissing? 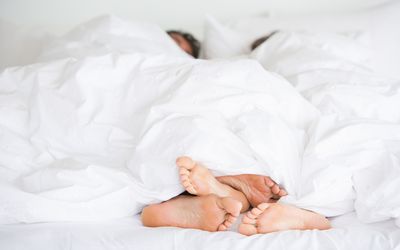 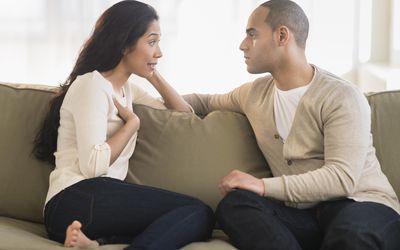