The Link Between Nicotine and Cancer

By itself, nicotine may not play a large role in the development of cancer, but it has an important role as a promoter—a substance that can facilitate the growth or spread of cancer that is already present. Nicotine may also affect chemotherapy drugs and radiation therapy, making them less effective.

The Role Nicotine Plays in Cancer

Several studies have examined nicotine separately from tobacco smoking in order to tease out the effects that are due to nicotine alone—independent of the other substances present in tobacco.

The results of a 2018 investigation suggest that nicotine might be a carcinogen (cancer-causing agent). In the study, which included animal models and human lung and bladder cells grown in the lab,﻿﻿﻿﻿﻿nicotine exposure (via e-cigarettes) was found to lead to DNA damage—the type of damage that can lead to cancer.

There is also evidence that nicotine augments the process of carcinogenesis—the process of a cell becoming cancerous. Nicotine exposure can enhance that process, even if it is caused by something else.

Several additional studies have shown that once cancer cells begin to develop, nicotine can promote the growth of the tumor.

Nicotine has been found to interfere with some cancer treatments. This could mean that nicotine may lower the survival rates in people who are being treated for cancer. For example, nicotine can promote resistance to the chemotherapy drug Platinol (cisplatin) in lung cancer cells.﻿﻿﻿﻿

Mechanisms Behind Nicotine and Cancer Growth

Researchers have identified a few ways in which nicotine has been found to promote the growth and spread of cancers.

Nicotine has been found to stimulate proteins involved in cell division and growth through a few different pathways.﻿﻿

Angiogenesis is the formation of new blood vessels. In order for malignant tumors to grow beyond a few millimeters in diameter, new blood vessels must be formed to supply the tumor with oxygen and nutrients, as well as remove waste products.

Nicotine has been found to promote angiogenesis (at least in the lab) in a few different studies.﻿﻿﻿

One of the major ways that cancer cells differ from normal cells is that cancer cells often metastasize (spread to distant regions of the body and grow). Metastases are the cause of death in over 90 percent of people with cancer.﻿﻿﻿

An increase in tumor cell migration and spread may occur in a number of different ways. According to a 2015 study, nicotine stimulates a protein known as beta-arrestin-1. This protein enhances the mobility of certain lung cancer cells, allowing them to spread and invade more easily.﻿﻿﻿

Nicotine may also inhibit the process of programmed cell death (apoptosis) of cancer cells exposed to chemotherapy or radiation therapy.﻿﻿

Some previously treated early-stage cancers such as early-stage non-small cell lung cancer can recur after lying dormant for years. The reason for this type of recurrence is not known, but one theory is that cancer stem cells (very early stage cells) could behave differently than other cancer cells.

And the survival and proliferation of stem cells may be impacted by nicotine. A 2018 study found that nicotine may induce the expression of an embryonic stem cell factor (Sox2) that promotes renewal and maintenance of stem cell properties in lung adenocarcinoma.﻿﻿﻿﻿ An earlier 2014 study noted similar findings with breast cancer cells, via a different mechanism.﻿﻿﻿﻿

Types of Cancers Linked to Nicotine

There is evidence that nicotine may play a harmful role in the following cancers:

The exact biological effects of nicotine on initiation, progression, and response to treatment has not been identified for each type of cancer that is affected by the substance.

Understanding the possible effects of nicotine on cancer may be helpful for those considering methods to help with smoking cessation.

For those who do not have cancer, quit-smoking aids that contain nicotine may provide greater benefits than risks. While the jury is out on whether nicotine can cause the development of cancer, we know that many chemicals in tobacco smoke can.

One caveat to consider, however, is that tumors are often present for several years before they are large enough to be diagnosed. A tumor that has not yet "declared itself" as being present may still be susceptible to the cancer-promoting effects of nicotine.

For those who have cancer, quitting smoking can make a difference in a number of ways. Continued smoking can delay wound healing from surgery, and make chemotherapy, targeted therapies, and radiation therapy less effective.﻿﻿﻿

Alternative smoking aids that don't contain nicotine may be a choice worth considering.

Top 10 Reasons to Quit Smoking After a Cancer Diagnosis
13 Sources
Verywell Health uses only high-quality sources, including peer-reviewed studies, to support the facts within our articles. Read our editorial process to learn more about how we fact-check and keep our content accurate, reliable, and trustworthy. 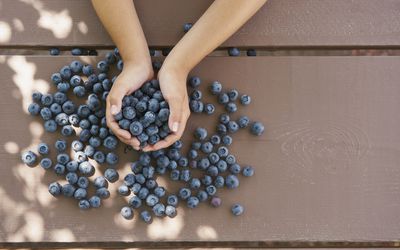