Does the IUD Cause PID and Infertility?

One reason that IUD use has been discouraged in nulliparous women has to do with concern over the risk of pelvic inflammatory disease (PID) and infertility. This is based on the presumption that women or teens who have not had children and are not married may have had several sexual partners, putting them at a higher risk for a sexually transmitted infection (STI).

Additionally, IUD research in the 1970s and 1980s was confusing and misleading. These studies deterred women from using IUDs because they claimed that PID risk increased by at least 60% in women who used IUDs. Yet these studies didn't have proper comparison groups (for example, they did not account for PID history, other birth control methods or those women who may be at higher risk for developing PID). They also used crude analysis methods.

Better designed research that uses more sophisticated data analysis techniques has found that there is no significant increase in the risk of PID with IUD use.﻿﻿

Pelvic inflammatory disease (PID) refers to an infection that causes inflammation of the uterus lining, fallopian tubes or ovaries. The most common causes of PID are the sexually transmitted bacteria chlamydia and gonorrhea.﻿﻿ Using a condom (male or female) during sexual intercourse can help protect against catching an infection.

Research reveals that the incidence of PID among women who use IUDs is very low and consistent with estimates of the PID incidence in the general population.

That being said, there appears to be some association between IUD use and pelvic inflammatory disease as compared to women who do not use any contraception. Evidence in the literature, however, explains that this increased risk of PID is not related to actual IUD use; rather, it has to do with bacteria being present at the time of the IUD insertion. After the first month of use (about 20 days), the risk of PID is no higher than that in women who are not using IUDs. Research has thus concluded that bacterial contamination associated with the IUD insertion process is the cause of infection, not the IUD itself.﻿﻿

Though data are a bit inconsistent, it appears that use of the Mirena IUD (as compared to the ParaGard IUD) may actually lower the risk of PID. It is thought that the progestin levonorgestrel in this IUD causes thicker cervical mucus, endometrial changes and reduced retrograde menstruation (when the menstrual blood flows into the fallopian tubes) and that these conditions might create a protective effect against infection.﻿﻿

Research indicates that the previous use or current use of an IUD is not associated with an increased risk of tubal blockage.

In their Scientific Group assessment, the World Health Organization was concerned with worries in the general population that IUD use was linked to a possible increased risk of PID and tubal infertility. Their conclusion agrees with existing literature that methodological problems in earlier research have caused the IUD-associated risk of PID to be overestimated. WHO also claims that there is no increased risk of infertility among IUD users who are in stable, monogamous sexual relationships.﻿﻿

ACOG Guidelines on IUDs and STIs

It is suggested that nulliparous women at high risk for STIs (i.e., 25 years old and/or having multiple sex partners) should have an STI screening performed on the same day as an IUD insertion.﻿﻿ If test results are positive, treatment should be provided and the IUD can be left in place if the woman is asymptomatic. A Category 2 rating (i.e., the benefits of using this contraceptive method generally outweigh the risks) is given to a woman with an increased risk for STIs or for continuing IUD use in a woman found to have a chlamydia or gonorrhea infection and then treated with appropriate antibiotic therapy.

A Category 3 classification (i.e., theoretical or proven risks usually outweigh the advantages of using the method) is applied to women who have a very high individual risk of exposure to gonorrhea or chlamydia. Women who have a chlamydia or gonorrhea infection at the time of IUD insertion are more likely to develop PID than women without an STI. Yet even in women with an untreated STI at the time of insertion, this risk still appears small. The absolute risk of developing PID was low for both groups (0-5% for those with STIs when the IUD is inserted, and 0-2% for those without infection).﻿﻿

Women who have abnormal vaginal discharge or with confirmed cases of chlamydia or gonorrhea should be treated before an IUD is inserted.

For women who received a diagnosis of chlamydia or gonorrhea, ACOG and the Centers for Disease Control and Prevention recommend repeat testing at three to six months before an IUD insertion. 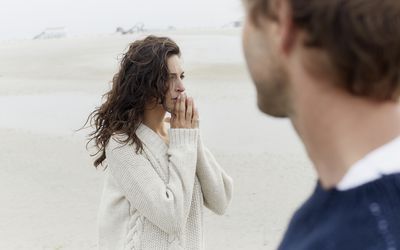