The Stages and Progression of Vascular Dementia

Vascular dementia (also referred to as vascular cognitive impairment) is the term used for cognitive decline caused by reduced blood flow in the brain. This change can result from a sudden event, such as a stroke. It can also be related to a more gradual blocking or slowing of blood flow triggered by a series of smaller strokes or to another cause such as cholesterol that accumulates on the walls of blood vessels.

How Does Vascular Dementia Progress?

Vascular dementia does not always have a typical progression that might be classified into stages, although its symptoms can generally be classified as fitting in the early stages, middle stages, or late stages of dementia.

Progression of vascular dementia depends on the location and extent of the damage in the brain's blood flow. While some people with vascular dementia progress gradually—mimicking Alzheimer's—others will experience a decline in cognitive abilities, followed by a period of stability, and then there will be another step down in abilities and then stability for a time, etc. This is often referred to as a "step-like progression" or "stepwise" pattern of progression.

Sometimes, the sudden step-like declines are related to clear vascular events, such as the occurrence of a stroke. In other cases, there's a less clear trigger for the decline.

Progression is also affected by other brain changes. For example, some people with vascular dementia also have some evidence of Alzheimer's disease in their brains. This is called mixed dementia, and it's often not discovered until an autopsy after death. The autopsy of such a patient may show evidence of brain-related changes such as widespread tau pathology (neurofibrillary tangles), which has been strongly associated with cognitive decline.

Can Treatment Slow the Stages of Vascular Dementia?

While there's no guaranteed treatment for vascular dementia, researchers suggest that taking good care of your heart and your brain may reduce the chance of, or slow, further progression. This includes maintaining a healthy blood pressure, exercising regularly, not smoking, and eating a healthy diet. 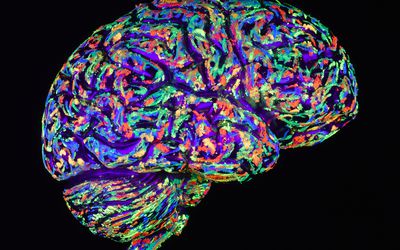 What's the Difference Between Alzheimer's and Vascular Dementia?