Low Dopamine in Fibromyalgia and ME/CFS

Why should you know about low dopamine symptoms – that is, the effects of low dopamine – in fibromyalgia and chronic fatigue syndrome?

First, because dopamine is a neurotransmitter, a chemical released by nerve cells (neurons), it has a number of important functions in your brain.

Second, people with fibromyalgia (FMS) and chronic fatigue syndrome (CFS or ME/CFS) generally have low dopamine levels, which makes them prone to a variety of symptoms and conditions.﻿﻿

What Does Dopamine Normally Do?

The different functions of dopamine in your brain include helping you:

No neurotransmitter acts alone. They all work together in your brain and body, forming a complex web of activity that scientists are only just beginning to understand. There has been progress, however: experts have been able to 1) link different neurotransmitter imbalances with certain symptoms and disorders and 2) find ways to help boost or decrease neurotransmitter activity.

Low dopamine levels are associated with the following symptoms:

Treatment of low dopamine levels may include therapy with a central nervous system (CNS) stimulant medication containing methylphenidate, such as Ritalin, Concerta, or Metadate.

There isn't a lot of research confirming that food can boost dopamine levels in your brain. What's more, even if it does, it's believed you'd need to consume huge amounts to get the desired effect. Nevertheless, despite the lack of hard evidence, some experts believe that the following foods may help:

A Note on L-Theanine

What Else Should I Know?

While it's generally safe to experiment with these kinds of foods and supplements, don't expect miracles or make extreme or sudden changes to your diet. Instead, make changes slowly and track your dietary changes and symptoms in a symptom journal, which will give you an accurate sense of what's helping and what isn't. And remember, always work with your healthcare provider about managing your diet and taking medications and supplements. 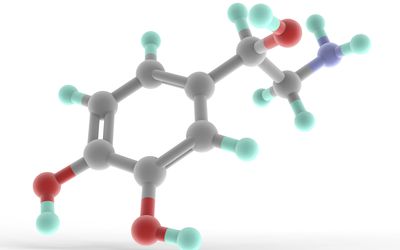