Michael Bihari, MD
Michael Bihari, MD
Michael Bihari, MD, is a board-certified pediatrician, health educator, and medical writer, and president emeritus of the Community Health Center of Cape Cod.
Learn about our editorial process
Fact checked
Verywell Health content is rigorously reviewed by a team of qualified and experienced fact checkers. Fact checkers review articles for factual accuracy, relevance, and timeliness. We rely on the most current and reputable sources, which are cited in the text and listed at the bottom of each article. Content is fact checked after it has been edited and before publication. Learn more.
by
Elaine Hinzey, RD

A "drug class" is a group of medications with certain similarities. Three dominant methods are used to classify them:

Not all drugs fit neatly into a single category. Some drugs are grouped together under one method but not another.

Others belong in multiple classes even within the same system. An example is finasteride, which treats enlarged prostate and regrows hair. So it's in two categories based on those uses.

Outside of classifications, you have drugs used off-label (for non-approved reasons). A prime example is levothyroxine. It's approved for hypothyroidism (low thyroid function). But it's often used off-label to treat depression.

It can be confusing when you see a drug called an ACE inhibitor, an antihypertensive, and a vasoconstrictor. But all these terms describe the same drug used for the same purpose.

Newer and more advanced drugs are introduced into the market each year. That includes:

Classifications will likely become even more diverse and distinct because of them. This reflects the ever-expanding knowledge about human biochemistry.

Drugs are classified by how they work, what they treat, and their chemical structure. Some drugs fit in more than one category. Others are grouped together under some classification methods but not others.

The Purpose of Drug Classification

The aim of drug classification is to make sure you use a drug safely and get the greatest possible benefit. Every time you take a drug, your body chemistry changes.

Medications are meant to help. But they sometimes cause harmful side effects. If you take multiple drugs, they may change each others' effectiveness. They can also make side effects more severe.

By noting the class of a drug, you and your healthcare team can understand what to expect from it. That includes the risks and which others drugs you can switch to.

The action of one drug can make another drug less effective. They may change the way your body absorbs or uses the drug.

When classified by mechanism of action, an interaction that affects one drug will usually affect others in the same class.

For example, antacids work by blocking stomach acid. But they also deplete stomach acids you need to break down protease inhibitors (a class of HIV drugs). Taking these drugs together makes the HIV drug less able to control the infection.

It's important to use caution when combining drugs that affect the same organ system.

Your liver uses an enzyme called CYP3A4 to process drugs out of your system. If you take two drugs metabolized by it, your liver may not be able to clear them effectively. They can build up, leading to toxicity (overdose).

By classifying a drug by its CYP3A4 action, healthcare providers can better avoid this interaction.

The same applies to drugs like methotrexate and Advil (ibuprofen) that are metabolized by the kidneys. Taking them together can lead to toxicity and even kidney failure.

For instance, non-steroidal anti-inflammatory drugs (NSAIDs) like ibupfofen or aspirin increase your bleeding risk. Anticoagulants (blood thinners) like Coumadin (warfarin) keep your blood from clotting. Taking them together can lead to dangerous excessive bleeding.

It's often dangerous to take two drugs from the same class, such as two NSAIDs. Doubling up often doubles the risk or severity of side effects.

Drugs are classified for safety and effectiveness reasons. It helps limit side effects, predict your response to it, and choose a replacement drug when one doesn't work. You shouldn't take multiple drugs from a single class or that affect the same organ system. Some classes of drugs shouldn't be used together.

Medications for chronic infections work in a specific way. If used incorrectly or for a long time, the infection can become resistant to it. That means the drug won't work as well. Other drugs of the same class may also be ineffective.

Antibiotics come in nine major classes. HIV drugs come in six classes. Some classes are more likely to lead to resistance. Healthcare providers often prescribe drugs from multiple classes to get the best possible control of the infection.

"Treatment staging" means starting with the mildest possible drugs. You then work up until you find what's effective. That's because milder drugs have fewer side effects.

This often means first taking over-the-counter (OTC) drugs. If they're not effective, you may move up to a prescription drug.

Guidelines for healthcare providers often list "preferred" classes and "alternate" classes for when the preferred ones don't work.

Drug staging is also vital to treating chronic diseases such as:

In cases like these, you may start with one drug class and work your way up to other classes.

Using antibiotics from different classes can help prevent infectious agents from becoming resistant to them.

Treatment staging means starting with the mildest, safest drugs and moving up in strength until you find the right level. Typically, you'll move up within the same class.

The thousands of drug classes and subclasses can be classified in several ways.

In 1976, the World Health Organization (WHO) created a system called the Anatomical Therapeutic Chemical (ATC) Classification System. It categorizes a drug based on five levels.

For each level, either a letter or numbers are assigned.

This system is meant for healthcare providers and isn't useful to you. But the strict hierarchy it establishes protects you from drug errors (like getting the wrong one.)

A non-profit, non-governmental organization called the United States Pharmacopeia (USP) was established in 1820. Its goal is to ensure prescription and OTC drugs approved in the U.S. meet quality standards.

Those that do go on the National Formulary issued by the U.S. Food and Drug Administration (FDA).

Among its many functions, the USP was tasked by the U.S. Congress to classify drugs. It helps guide healthcare providers when it comes to prescribing drugs under the Medicare Prescription Drug Benefit.

The USP classifies drugs in a far broader way than the ACT system. It categorizes them by:

From the broadest perspective, you're left with 51 drug classes and thousands of sub-classes and sub-categories.

Drug classifications are important. They help protect you from severe side effects and drug interactions. They help ensure your body can break down and use the medication. They help guide many treatment decisions.

The main classification systems are ATC and USP. They use different methods but both are useful tools.

Your healthcare provider(s) should be aware of everything you're taking so they can ensure you're not mixing drugs that don't mix well or doubling up on one class. Your pharmacist can help with this, too.

But being aware of what classes your medications are in can help prevent mistakes by healthcare workers or by you when you choose OTC products. When in doubt, ask a provider or pharmacist if something is safe—before you take it.

Tips for Taking Medication Safely
18 Sources
Verywell Health uses only high-quality sources, including peer-reviewed studies, to support the facts within our articles. Read our editorial process to learn more about how we fact-check and keep our content accurate, reliable, and trustworthy.
Additional Reading 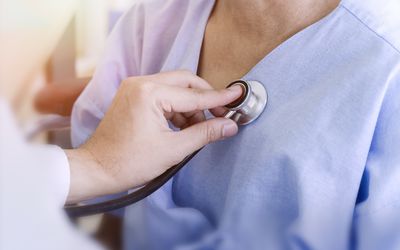 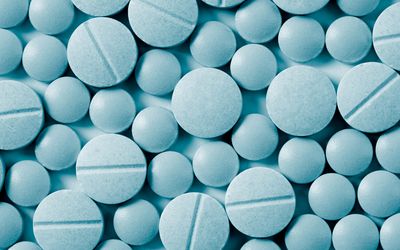 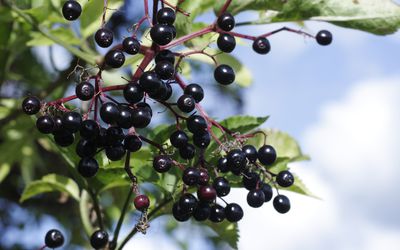