What Is Ear Cancer?

Learn about our editorial process
Medically reviewed
Verywell Health articles are reviewed by board-certified physicians and healthcare professionals. These medical reviewers confirm the content is thorough and accurate, reflecting the latest evidence-based research. Content is reviewed before publication and upon substantial updates. Learn more.
by
John Carew, MD

When presented with the words ear cancer, most people's response is, "What's ear cancer?" While we know quite a bit about other types of cancers, many of us may not have heard of ear cancer—and with good reason. Ear cancer is exceptionally rare. Still, it's important to know what to look for because while rare, some forms of ear cancer are aggressive and potentially dangerous.

What Is Ear Cancer?

Ear cancer usually starts as skin cancer on the external ear or in the ear canal, but it can also develop in other structures of the ear such as the eardrum, the temporal bone (the bone above your ear), ossicles (hearing bones), mastoid (bone behind the ear), facial movement nerve, and inner ear organs of hearing and balance.

Eighty percent of cancers of the ear canal are squamous cell carcinoma.

With only about 300 cases diagnosed in the United States each year, ear cancer is very rare, excluding skin cancers of the outer ear.

Symptoms of ear cancer can be similar to those of an ear infection, including:

Chronic ear infections can also raise the risk of developing ear cancer. For this reason, it's important to take these symptoms seriously and see a healthcare provider to confirm an ear infection and rule out cancer.

Eighty-five percent of cancers of the ear canal can be cured if caught early.

Overall survival rates depend on where the cancer is, what type of cancer it is, and how advanced the cancer is. Some types of cancer—such as melanoma—are aggressive, while others, such as basal cell cancer, are slow-growing and do not spread easily. Early diagnosis is key to a better outcome.

Ear cancer is commonly mistaken for an ear infection. If you have been diagnosed with an ear infection but have persistent ear discharge or suspect cancer, don't wait—get a second opinion.

Here is a closer look at the different types of ear cancer.

Squamous cell carcinoma is the second most common skin cancer, with more than one million cases diagnosed in the United States each year. It is characterized by abnormal and accelerated growth of the squamous cells (the thin flat cells that make up the outermost layer of the skin called the epidermis). It is caused by DNA changes to these cells from damaging agents like ultraviolet radiation.

Squamous cell carcinoma symptoms can include:

Squamous cell carcinomas may crust over, itch or bleed.

Most squamous cell cancers can be treated successfully if caught early, but this type of cancer is aggressive. If left alone it can go deeper into the skin or spread into other areas of the body. If squamous cell carcinoma starts on the skin of the ear, it can move to the middle or inner ear, the bones that surround the ear, and other nearby structures.

If left untreated, squamous cell cancer can be dangerous, or fatal.

Squamous cell carcinoma tends to appear in areas exposed to the sun. Practicing safe sun, including using broad-spectrum sunscreen and avoiding tanning beds are the best ways to lower your risk.

Basal cell carcinoma is the most common type of skin cancer, with more than four million cases diagnosed in the United States each year.

Like squamous cell carcinoma, basal cell carcinoma is caused by changes to the skin DNA from damaging agents like the sun but involves the basal cells (the outermost layer of the skin).

Basal cell carcinoma is less likely to spread to other areas of the body and grows more slowly than other skin cancers, but should still be addressed to avoid disfigurement or the spread to other parts of the ear.

The appearance of basal cell carcinoma varies greatly. It can look like:

It can also look like scars or growths with slightly elevated, rolled edges and/or a central indentation. It may start as a white bump or a scaly patch of skin that doesn't improve with moisturizer. It's possible for basal cell carcinomas to ooze, crust, itch, or bleed. About half of the time, basal cell carcinomas that occur in people with darker skin are pigmented (darker in color).

Basal cell carcinoma can have appearances not mentioned here, so it's important to check your body—including your ears—regularly and look for anything new or changing. This can include cuts or sores that don't heal.

Skin cancer looks different on everyone. Pay attention to your skin—including on your ears—and report to your healthcare provider anything that is new or has changed, even if it doesn't fit the descriptions of common skin cancers.

Melanoma is a type of skin cancer that affects the skin’s melanocyte cells (the cells that produce melanin, which darkens the skin). It is less common for melanoma to cause ear cancer than squamous cell carcinoma or basal cell carcinoma, but melanoma is more dangerous because it is more aggressive and is more likely to spread. In 2020, about 100,350 new melanomas will be diagnosed in the United States and about 6,850 people are expected to die of melanoma. The melanoma rate is rising. These numbers refer to all cases of melanoma, not those exclusive to the ear.

Melanoma usually starts out looking like a mole, but changes over time. Watch your body for moles that don't match the surrounding moles (this is called The Ugly Duckling Syndrome).

You can also follow The American Cancer Society's ABCDE guideline:

Other things The American Cancer Society recommends to look for include:

As with other forms of skin cancer, melanoma may take on a different appearance than those mentioned, so make sure to report anything on your skin that is unusual.

Melanoma can appear anywhere on the body, so in addition to checking your own body regularly, have someone else check the areas you can't see (if possible) and schedule a yearly dermatologist appointment.

Safe sun practices are an important way to lower your risk for melanoma, but keep in mind that melanoma can develop in areas that are not exposed to the sun.

Adenoid cystic carcinoma accounts for about 5% of cancers of the ear canal.

While it typically affects the salivary glands, it can be found in the ear, originating in the glands that produce earwax. It is a much less common cause of ear cancer than squamous cell carcinoma and basal cell carcinoma.

Symptoms of adenoid cystic carcinoma in the head and neck area include:

Bleeding is a common symptom of ear adenocarcinoma.

Symptoms of ear cancer depend on the type of cancer and the location of the cancer. Symptoms can also be vague, so this is a guideline. If you have symptoms of something wrong in or around your ear that isn't on this list, see your healthcare provider.

Symptoms of ear cancer by location include:

Swollen lymph nodes in the neck can also be a symptom of ear cancer.

Your healthcare provider will ask you to explain your symptoms. They will do a physical exam of your outer ear and look inside your ear with a tool called an otoscope.

A biopsy (a sample of tissue removed from the affected area is examined under a microscope) will be conducted to determine if the tumor or tissue is cancerous.

Imaging tests, such as CT (computed tomography) or MRI (magnetic resonance imaging) scans may be ordered to see how big the cancer is, where it is, and check if it has spread to the parotid gland or lymph nodes in the neck.

Surgery is the go-to treatment for ear cancer. Several types of surgeries are used, depending on the severity and location of the cancer.

﻿With sleeve resection surgery, the ear canal, skin, bone, and eardrum are removed and the ear is reconstructed. Hearing is not affected.

During lateral temporal bone resection surgery, the sleeve area of the outer ear is removed as well as the middle ear. This usually results in total hearing loss, but some people are able to use a hearing aid after the surgery.

Follow-up appointments are very important. These visits help ensure healing is going as expected, check for side effects, and watch for a recurrence of the cancer.

While ear cancer can't always be prevented, it often starts with skin cancer. Practicing safe sun, including using sunscreen, staying in the shade, and avoiding tanning beds, can lower your risk of skin cancer that could turn into ear cancer.

The prognosis (the expected outcome) and success rates of treatment for ear cancer highly depend on the type of cancer, the location, and the severity of the cancer.

Early diagnosis is key. Most ear cancer can be successfully treated if it is caught before it spreads from the pinnea and ear canal. Early diagnosis also means less invasive treatment. 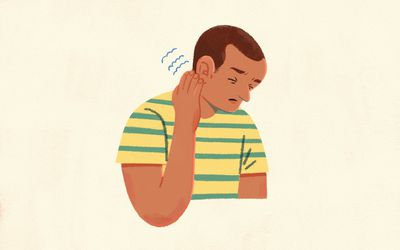 What Type of Skin Cancer Appears on the Ear? 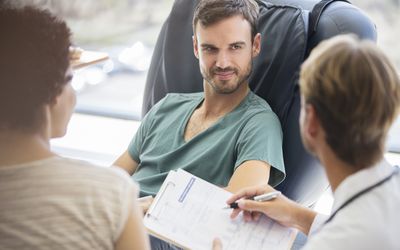 The ABCDEs of Skin Cancer 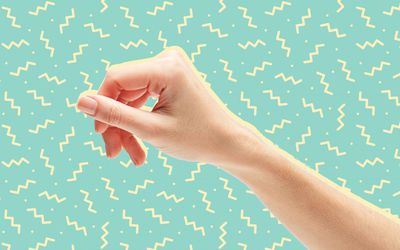 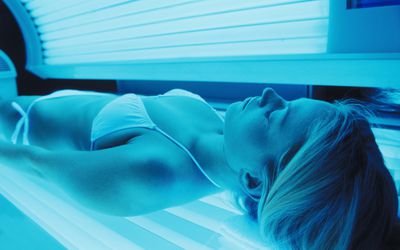