Excoriation disorder—also called dermatillomania or skin-picking disorder—is when skin picking becomes an uncontrollable urge that interferes with well-being and your daily life.

While everyone can feel the need to pick at or scratch their skin from time to time, those with excoriation disorder feel unable to stop, even when skin picking interferes with their daily lives or causes stress and discomfort.

Excoriation disorder affects about 2% to 5% of the population, and about 3 of 4 people living with it are female. Excoriation disorder usually begins during puberty, and it can be triggered by skin conditions like acne and emotional states like stress, boredom, or anxiety. The disorder is most likely to start with picking at facial skin, but skin picking disorder scars can be found anywhere on the body.

This article covers causes, effects, and treatments for excoriation disorder.

Excoriation disorder is a skin-picking disorder marked by an uncontrollable need to pick and scratch at the skin, often to the point of injury. Excoriation disorder can cause feelings of shame, depression, and anxiety at being unable to stop the habit, and it can include losing large amounts of time and energy to obsessively picking at and trying to cover up scars.

Signs and Symptoms of Excoriation Disorder

Signs and symptoms of excoriation disorder include:

Excoriation is a body-focused repetitive behavior like trichotillomania (hair-pulling disorder) or cheek biting.

Causes of body-focused repetitive behaviors can include:

The Effects of Excoriation Disorder

Excoriation disorder can have an effect on the physical and mental health of those who live with it.

The social and emotional effects of excoriation disorder include:

Excoriation disorder can lead to skin scarring, bruising, and tissue damage. Avoiding medical care because of embarrassment about scars is another effect, and this can make infections or other health conditions worse.

According to the American Psychiatric Association (APA), the diagnostic criteria for excoriation disorder are:

There are other disorders that might be present along with excoriation disorder, including:

Habit reversal training is a CBT technique that is commonly applied to excoriation disorder. During habit reversal training, a person learns to become aware of the triggers that lead to skin picking and then adopt less harmful behaviors to replace the habit while learning to manage the discomfort. These replacement behaviors might include:

Excoriation disorder—also called dermatillomania or skin picking disorder—is marked by an uncontrollable urge to pick at the skin to the point of harm and disruption to daily life. Causes of excoriation disorder include stress, depression, boredom, wanting to meet certain standards of appearance, and having a family member who also has the disorder.

Skin-picking disorder can lead to bruises and injury, shame, depression, anxiety, and avoidant behaviors to hide one's body and condition from others. It might also lead to spending excessive amounts of time focusing on skin picking and working to cover up the appearance of scars and lesions.

Treatment for excoriation disorder includes cognitive behavioral therapy (CBT), a type of talk therapy that focuses on the ideas and thoughts behind behavior. A CBT method commonly used to treat dermatillomania is habit reversal training, which involves replacing harmful behaviors with helpful ones.

We can all unconsciously rub our skin from time to time, whether from stress, boredom, or noticing perceived skin flaws. But if you find yourself doing it to ease anxiety and are unable to stop the habit no matter the effect, you might consider seeing a healthcare provider or a trained therapist for an evaluation.

If diagnosis and therapy are inaccessible to you, a support group for obsessive-compulsive behaviors might help, as might researching cognitive behavior therapy and habit reversal techniques. Treatments you can try on your own include mindfulness (letting uncomfortable feelings come and go), wearing gloves, applying lotion to your skin, and being open about your problem to loved ones. Excoriation disorder might seem embarrassing to live with, but facing the emotional causes head on could be a great first step toward healing. 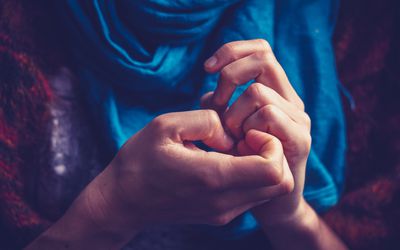 Skin Picking as a Symptom of Autoimmune Disease 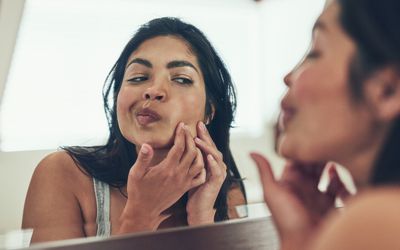 What Excoriated Acne Is and How to Treat It 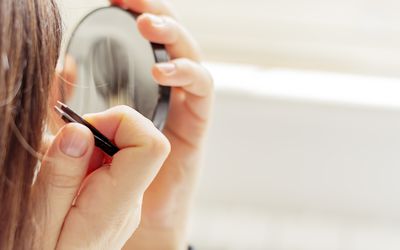 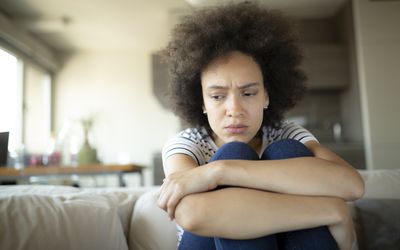