Lymphoma is the seventh most common cancer in the United States

Lymphoma is a common cancer of white blood cells. These cells live in the lymphatic system or the skin. When they become cancerous, they can form solid tumors.

Together, there are almost 90,000 new cases of lymphoma diagnosed every year. It was estimated that lymphomas would kill 21,170 people in 2022.

This article will highlight important facts and statistics you should know about lymphoma, including how common it is, who is at risk, causes, early detection, and mortality.

Lymphomas start when changes called mutations occur in the DNA of white blood cells. These mutations make the cells grow out of control and clump together, forming solid tumors. These tumors can form in the tissues or organs of the lymphatic system or in the skin itself.

Hodgkin lymphoma and NHL develop in the B cells and T cells of the lymphatic system. Hodgkin lymphoma most often starts in the body's B cells, which make antibodies, special proteins that label germs.

In the most common type of Hodgkin lymphoma, a mutated B cell becomes what is called a Reed-Sternberg cell. This type of cancer cell recruits healthy cells, which clump around them, causing swelling in the lymph nodes while helping the Reed-Sternberg cells grow.

Non-Hodgkin lymphomas develop in both the B cells and T cells of the body. They don't have Reed-Sternberg cells. There are many types, which can be aggressive or slow-growing. They're classified based on:

Hodgkin and non-Hodgkin lymphomas are treated differently. This is because these two types of lymphoma react differently to treatments and have different survival rates. They grow and spread in unique ways.

How Common Is Lymphoma?

Lymphomas are fairly common. Most lymphomas are NHL, the most common type of white blood cell cancer of the lymphatic system. It encompasses 25 types of lymphoma, including lymphoma of the skin.

Facts related to NHL in the United States include:

The other type of lymphoma is Hodgkin, which is about 10 times less common than NHL. Hodgkin lymphoma is the 27th most common cancer in the United States.

Facts about Hodgkin lymphoma in the United States include:

Lymphoma by Ethnicity and Gender

Lymphomas are more common among White Americans than other populations and are more common in developed vs. underdeveloped nations, specifically the United States and the countries of Europe. This geographic distribution may be due to the prevalence of certain infections that increase the risk of lymphoma in these parts of the world.

Hodgkin and non-Hodgkin lymphoma differ in one major aspect—at what age they commonly develop. Some types of NHL (for example, Burkitt lymphoma) occur in children, but most develop during the later years of life—a person’s 60s and 70s.

Causes of Lymphoma and Risk Factors

Risk factors for non-Hodgkin lymphoma include:

Risk factors for Hodgkin lymphoma include:

What Are the Mortality Rates for Lymphoma?

In the National Cancer Institute's (NCI) Surveillance, Epidemiology, and End Results (SEER) Program database, lymphomas are divided by how far they've spread in the body into four stages:

What Is a Survival Rate?

Cancer researchers commonly define a disease’s survival rate as the percentage of people who are still living with the condition for a specified time after diagnosis. The NCI presents survival rates at the five-year mark for cancers. But these data points can be shown in a number of different ways and have limitations.

Screening and Early Detection of Lymphomas

The earlier cancers like lymphomas are found, the easier they are to treat and the better their survival rates. But, there are no widely accepted screening tests for Hodgkin or non-Hodgkin lymphomas. Also, no way of testing or screening for this cancer has been shown to save lives or lower the risk of dying.

If you're at high risk for lymphoma, the best way to discover this cancer early is to pay close attention to your body and health. Watch for signs and symptoms of lymphoma, including lumps in the lymph nodes and symptoms such as:

If a healthcare provider thinks you may have signs of Hodgkin or non-Hodgkin lymphoma, they'll likely start with a physical exam and take a detailed history. They also may order blood tests and, potentially, a biopsy of your lymph node (removing a sample of tissue for analysis in a lab).

Lymphoma is a common cancer of the white blood cells in the lymphatic system. When the B cells and T cells become cancerous, they can form solid tumors. There are almost 90,000 new cases of lymphoma diagnosed every year. It was estimated that lymphomas would kill 21,170 people in the United States in 2022.

Some types of NHL occur in children, but people usually get it during the later years of life: a person's 60s and 70s. On the other hand, Hodgkin lymphoma often occurs in young adults.

Lymphomas are more common in men than women and Whites than other ethnicities. Many factors increase the risk of these white blood cell cancers, including infections, genetics, and things that weaken the immune system.

The mortality rates for lymphomas are pretty good—73.8% of NHL patients are alive five years after diagnosis, and 89.1% of patients with Hodgkin lymphomas are. 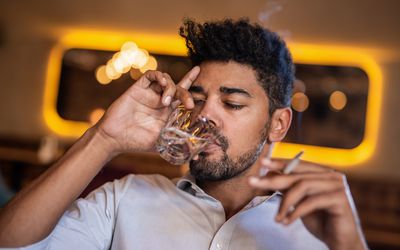 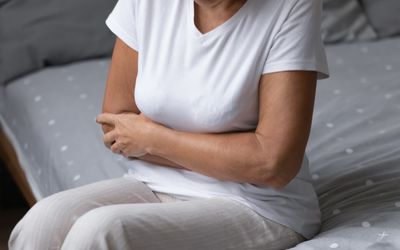