A Rare Disease Associated With Cancer

Heidi Moawad, MD
Heidi Moawad is a neurologist and expert in the field of brain health and neurological disorders. Dr. Moawad regularly writes and edits health and career content for medical books and publications.
Learn about our editorial process
Medically reviewed by David Ozeri, MD

Myelofibrosis is a rare bone marrow disease that occurs when the bone marrow becomes fibrotic (filled with scar tissue). It leads to an enlarged spleen, leukopenia (low white blood cells), anemia (low numbers of healthy red blood cells), and thrombocytopenia (low platelets). These effects are harmful, and they can be life-threatening.

The incidence of newly diagnosed myelofibrosis cases in the United States is approximately 1 to 3 per 100,000 people per year. About 8% to 30% of people diagnosed with myelofibrosis eventually develop acute myeloid leukemia, a serious type of bone marrow cancer.

This article will discuss facts and statistics for myelofibrosis, including how rare it is, who it affects, causes, treatment, and mortality rates.

Consequences of the condition can include:

The spleen (an organ in the abdomen where blood cells get recycled) can become enlarged and may rupture. Portal hypertension (a condition of the liver's blood vessels) can lead to liver failure.

How Common Is Myelofibrosis?

The worldwide incidence and distribution of the disease in most countries is not known. This is because diagnosis, testing, and treatment have improved over the last 20 years, and the data are just now emerging.

According to one large study, there may be an increased genetic risk among people who are New Zealand Polynesians. Another study, performed in Sweden, observed that documented cases of myelofibrosis are increasing, but the authors suggest that this could be due to enhanced diagnosis.

According to the preliminary findings from a large Chinese study, the reliability of tests used to determine the prognosis of myelofibrosis may differ for ethnic or regional populations.

Outcomes of the disease can also be affected by the availability of treatments, which are relatively new, expensive, and not always easily accessible. The treatments for myelofibrosis can have side effects that are difficult for some people to tolerate.

Myelofibrosis by Age and Gender

Most U.S. studies suggest that the incidence of primary myelofibrosis is equal for adults of any sex.

The average age of diagnosis is 64, and the condition typically develops after age 50. It can occur at any age, however.

Children can get myelofibrosis, although it is extremely rare. When they do, it’s usually diagnosed before age 3. Female children are more likely to develop myelofibrosis during childhood than male children.

Causes of Myelofibrosis and Risk Factors

The primary form of the disease usually occurs due to certain genetic mutations (changes in a person’s DNA). The mutation usually occurs without being inherited.

Conditions that can lead to secondary myelofibrosis include:

What Are the Mortality Rates for Myelofibrosis?

Myelofibrosis leads to complications that can be fatal, including hemorrhage (bleeding) and thrombosis (blood clots in an artery or vein). Progression to cancer can also increase the risk of death.

The estimated 10-year survival rate is 55%. This rate is an improvement that has taken place since the Food and Drug Administration (FDA) approval of Jakafi (ruxolitinib), a Janus kinase (JAK) inhibitor. Other JAK inhibitors approved for treating myelofibrosis include Inrebic (fedratinib) and Vonjo (pacritinib).

Various systems are used in prognosis, which is predicting an individual's estimated survival with myelofibrosis.

The commonly used scoring systems include:

These scoring systems may be used to help decide on the best options for treatment.

If you are at risk of secondary myelofibrosis due to a history of cancer treatment or bone marrow disease, you will likely have scheduled blood tests to identify changes in your blood cells.

If you have signs or symptoms of the condition, testing will include blood tests, imaging, and possibly a bone marrow biopsy to help determine whether you have myelofibrosis. In a bone marrow biopsy, a sample is taken from a bone (usually the hip) and analyzed in the lab.

If you are diagnosed with myelofibrosis, you may have genetic testing to identify mutations as part of your diagnostic process. 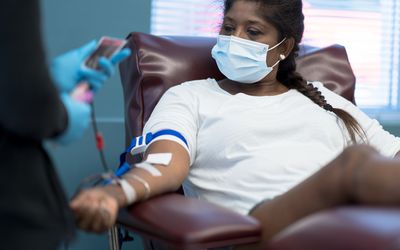 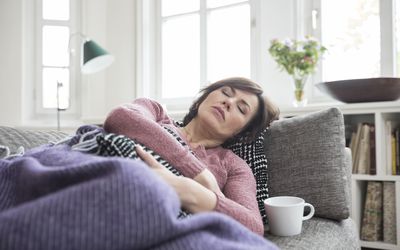 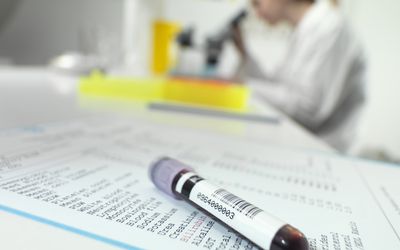