A team of U.S. senators is asking the Food and Drug Administration (FDA) to remove a ban that prevents men who have sex with men (MSM) from donating blood.

The senators, led by Sen. Tammy Baldwin of Wisconsin, said in a letter to the FDA that they’re reaching out “to express our alarm at the nationwide shortage of blood and blood products, which has placed patient care and safety at risk.”

The group is urging the FDA to “quickly act on the best available science and update its outdated and discriminatory blood donor deferral policies for men who have sex with men, a long-overdue step that would dramatically increase the eligible donor base.”

What You Need to Know About Blood Transfusions, Donation, and Typing

The group wrote the letter just days after the American Red Cross (ARC) announced that it’s going through a blood shortage. The ARC said, on January 11, 2022, that the organization is facing its “worst blood shortage in over a decade” which poses “a concerning risk to patient care.”

“Amid this crisis, doctors have been forced to make difficult decisions about who receives blood transfusions and who will need to wait until more products become available,” the ARC said. “Blood and platelet donations are critically needed to help prevent further delays in vital medical treatments.”

The Red Cross cites the massive wave of COVID-19 infections due to the Omicron variant as one of the reasons for the shortage. Other issues include low donor turnout since the beginning of the pandemic, blood drive cancellations, and staffing limitations.

“We’re doing everything we can to increase blood donations to ensure every patient can receive medical treatments without delay, but we cannot do it without more donors,” Pampee Young, MD, PhD, chief medical officer of the Red Cross, said in a statement. “We need the help of the American people.”

The Red Cross, which supplies 40% of the country’s blood, has recently had to limit distribution to hospitals. Some hospitals may receive less than a quarter of the blood products they request, the ARC said.

“The FDA has the ability to take a simple and science-based step to dramatically increase the donor base and help address this crisis,” the senators wrote. FDA officials have not publicly responded or indicated that they will make a change.

Current Rules Around Blood Donation in the U.S.

Current FDA guidance is very specific about who can and can’t donate blood in the U.S.

People who meet one of the following criteria should not donate blood, according to the guidance:

Can You Donate Blood After a COVID-19 Vaccine?

People who meet one of the following criteria should not donate for three months:

Previous guidance said that MSM would need to defer blood donation for 12 months from the last time they had sex—that was shortened to three months in March 2020. Prior to the 12-month ruling, there was a lifetime ban that prevented MSM from donating blood. That was lifted in 2015.

Current regulations state that MSM need to wait three months from their last sexual encounter to donate blood. However, lawmakers and doctors support doing away with that ruling altogether. As of now, though, the regulations are still in place.

Doctors Say the Guidance Is Outdated

The guidance was originally put into place over concerns that MSM have a higher risk than the average person of having human immunodeficiency virus (HIV). In the U.S., the estimated lifetime risk for HIV infection among MSM is one in six. In comparison, heterosexual men have a one in 524 risk and heterosexual women have a one in 253 risk.

The three-month marker is currently in place “because that was felt to be an adequate time to wait for HIV antibodies to develop in someone who is newly infected,” Richard Watkins, MD, an infectious disease physician and professor of internal medicine at the Northeast Ohio Medical University, told Verywell. If a man who has sex with men is newly infected with HIV and waits three months to give blood from his last sexual encounter, testing should be able to detect the virus at that point, he explained.

But “all blood donations are tested not only for blood and Rh type but also for evidence of myriad infectious disease pathogens including HIV and hepatitis B and C,” Kristen D. Krause, PhD, MPH, instructor at the Rutgers School of Public Health and deputy director of the Center for Health, Identity, Behavior & Prevention Studies, told Verywell.

Meaning, if a blood donor happens to have HIV and doesn’t know it, testing should pick this up and remove their donation from the blood stockpile.

“These irrational restrictions are a relic from an era in which HIV was a major fear,” Amesh A. Adalja, MD, a senior scholar at the Johns Hopkins Center for Health Security, told Verywell. “With modern technology, there is really not a major risk that HIV will contaminate the blood supply in the way that it could in the 1980s. To keep this policy in place is to continue to stigmatize HIV in a way that is unwarranted in 2022.”

“This policy is absolutely outdated and continues to stigmatize gay, bisexual, and other men who have sex with men,” she said. “In particular, this policy highlights a major structural inequity in the U.S. and should be abolished even if there is not currently a blood shortage. Other countries in the world including Italy, Spain, and Argentina have lifted any rules that may have historically prevented gay men from donating blood and it's well beyond time for the U.S. to catch up.” 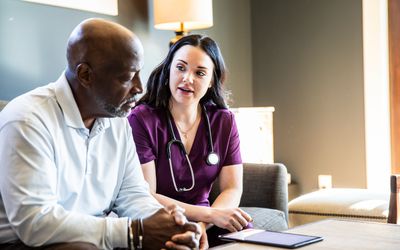 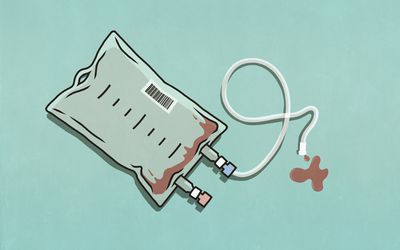 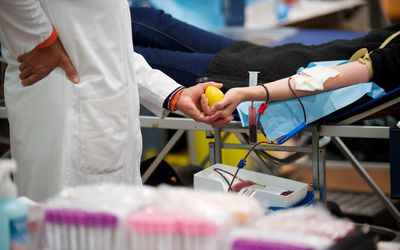 Donating Blood When You Have Arthritis 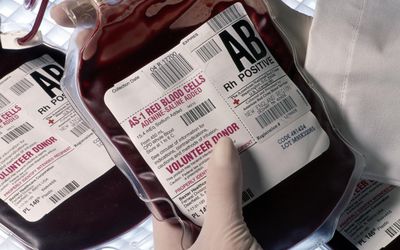 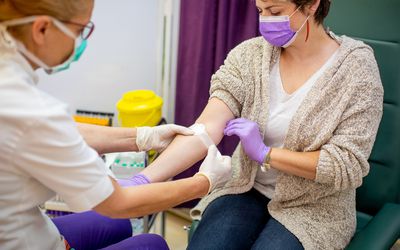 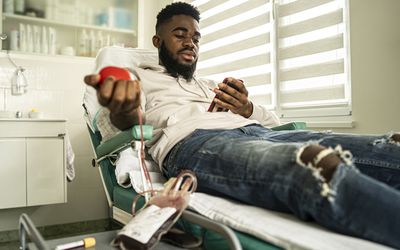 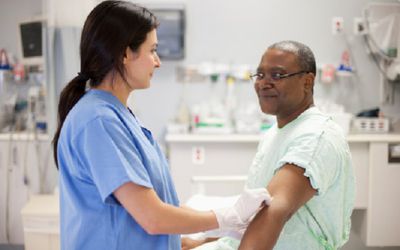