On October 20, the FDA authorized a single booster of the Moderna COVID-19 vaccine at least 6 months after initial vaccination series. This authorization is for adults 65 and up, as well as adults 18 and up who are at risk for serious illness or COVID exposure at work. The FDA also said COVID booster shots do not have to match a recipient's initial vaccine series. In other words, vaccines can be "mixed and matched."

A Food and Drug Administration (FDA) advisory panel voted unanimously on Thursday, October 14 to recommend the emergency use authorization of a Moderna booster shot at least six months after the second dose.

The recommendation includes people over 65 years old, and those older than 18 who are at risk for serious illness or are likely to be exposed at work, such as healthcare workers.

FDA officials aren’t required to follow the panel’s recommendation, but they often do. An advisory committee for the Centers for Disease Control and Prevention (CDC) is scheduled to meet next week to discuss whether to recommend Moderna boosters for this population.

In August, the FDA authorized the third dose of mRNA vaccine for immunocompromised individuals. Last month, regulators authorized a Pfizer booster for people 65 years and older and high-risk groups, but left Moderna and Johnson & Johnson out of the decision because of insufficient data.

Is a Moderna Booster Necessary?

The Moderna vaccine appears to remain highly protective against the most severe COVID-19 outcomes.

Instead of arguing that its booster shot would further protect against severe disease and death from COVID-19, Moderna said it would decrease the risk of breakthrough infection and mild-to-moderate illness.

Even mild and breakthrough cases can cause serious outcomes, like long COVID and blood clots, said Peter Marks, MD, PhD, director of the Center for Biologics Evaluation and Research.

Moderna's data showed that the mean antibody level of participants in its study was 1.8 times higher after they received a half-dose booster.

The adverse side effects experienced by study participants following the booster shot remained generally the same as after the second dose. The most common side effects are injection site pain, headache, fatigue, and muscle pain. Booster recipients reported higher levels of swelling and tenderness than after the original regimen.

Will Boosters Be Approved for the General Population?

The FDA panel discussed, but did not vote on, whether all American adults should be eligible for a booster dose.

Some panelists said that there is not yet enough data to administer boosters to people beyond those determined to be at high risk of severe COVID-19, and that doing so might suggest the primary vaccinations are not protective against serious outcomes.

“I’m uncomfortable with how we’ve sort of tripped down the line for the thought of universal booster dosing, which I just think is wrong,” Paul Offit, MD, a pediatrician and director of the Vaccine Education Center at the Children’s Hospital of Philadelphia, said during the panel meeting.

The focus should remain on inoculating unvaccinated people, rather than administering boosters to the general population, he said.

If the FDA authorizes Moderna booster, eligible people will be able to get a booster shot from their doctor or a health clinic six months or more after getting their second dose. If you’re not in an eligible group, studies show that two doses of mRNA vaccine or one dose of the Johnson & Johnson vaccine will keep you highly protected against severe illness and death from COVID-19. 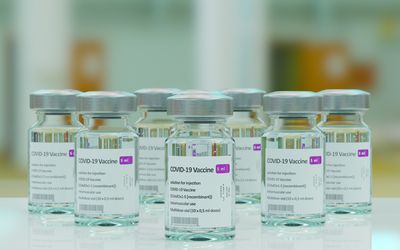 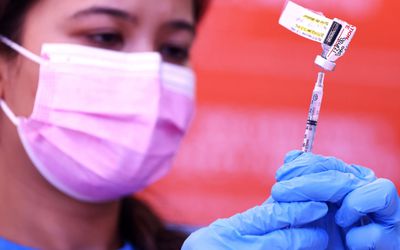 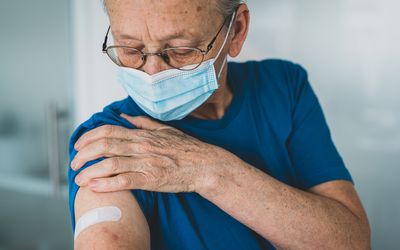