Fatigue is common after having surgery. Even relatively minor procedures can leave you feeling weak, tired, and drained for several days or more. If you have major surgery, fatigue can sometimes last for weeks and even months.

There is a fine line between normal fatigue and fatigue that indicates something serious. This article explores some of the factors that cause fatigue and what you can do if it persists or gets worse after surgery.

Some level of fatigue is expected after having surgery. You may not feel well for the first day or so and you should gradually improve little by little day each day. There may be setbacks, but a slow and steady improvement is expected after surgery.

Fatigue is your body's way of telling you that you need to rest.

There are several factors that can contribute to this following surgery:

Fatigue can come and go. You may feel energetic one day, only to have a down-swing on the next if you over-exert yourself.

It is helpful to have a recovery plan so you can give your body a chance to heal at a reasonable pace. Recovery can vary from one person to the next, but one thing is absolute: You cannot rush recovery.

Fatigue is your body's way of telling you that you need to rest. Fatigue is normal following surgery but should improve day after day as your body begins to heal itself.

Recovering From Surgery: What to Expect

If your fatigue isn't getting better or is getting worse after surgery, there could be several reasons. Let your doctor know if it continues for several weeks without significant improvement.

Here are some of the more common explanations:

Anesthesia is a standard part of many surgeries. Some people can have an abnormal reaction to anesthesia that can slow recovery time and prolong fatigue.

This is especially true after general anesthesia for older adults or people who are frail. In these situations, anesthesia may cause confusion and memory loss for weeks or months at a time.

Anesthesia can also increase the risk of pneumonia (a serious lung infection) and thromboembolism (blood clots in the veins), which can add to fatigue.

Risks of Surgery in Older Adults

Anemia is a lack of healthy red blood cells. Anemia is common after surgery due to blood loss and it will generally improve once your body builds up a new supply. The more blood loss, the more severe the anemia.

Blood loss may not be the only reason for anemia. In fact, the most common cause is a lack of iron in the blood. Your body needs iron to make hemoglobin, the protein that gives blood its red color and carries oxygen to cells.

Iron deficiency anemia is often caused by inadequate iron intake and can occur if you have poor nutrition following surgery. It can develop after certain surgeries, such as gastric bypass, that affect iron absorption in the gut. It may also be a sign of internal bleeding.

Fatigue is a key symptom of postoperative infections. Pneumonia is a potential postoperative complication, particularly in people who have been placed on a respirator, a machine to help you breathe, for a long period of time.

A wound infection can cause fatigue, along with other symptoms such as fever, chills, pain, redness, and a pus-like discharge.

Internal infections caused by surgical drains or accidental contamination often pose a greater concern because they can turn serious. For infections of this sort, fatigue is often the first sign.

Major depression is common after major surgery. Having to undergo surgery can often stir fears about illness or death and can place financial and emotional strain on you and your family. Among people who have heart surgery, up to 40 percent will have signs of depression.

Even if you are recovering physically, you may not have the energy to get out of bed if you are depressed. Depression also makes people less likely to eat well or follow advice from their doctor, and it increases the risk of alcohol misuse. All of these things can add to the fatigue you are already feeling.

If you have symptoms of depression—including ongoing sadness, trouble sleeping, and a loss of interest in things that usually make you happy—let your doctor know. Untreated depression is linked to a higher risk of surgical complications, including death.

Certain drugs used to control pain can cause fatigue. This includes opioids, which are known to cause drowsiness. Examples include Vicodin (acetaminophen/hydrocodone) and Percocet (acetaminophen/oxycodone).

Anti-epilepsy drugs like Neurontin (gabapentin) and Lyrica (pregabalin) that are used to treat pain are also known to cause drowsiness.

Many pain control drugs can also cause or worsen sleep apnea, a condition in which you stop breathing for short periods of time while asleep. Symptoms include daytime drowsiness, fatigue, and lack of energy and concentration.

Drugs linked to sleep apnea include opioids gabapentin, and pregabalin.

Fatigue after surgery is a problem if it continues for longer than expected or gets worse. There are many possible reasons for this, including infection, anemia, pain medications, anesthesia, and depression.

If you are feeling fatigued after surgery, there are some simple things you can do to improve your energy levels and speed healing:

When to Call a Doctor

If fatigue persists after surgery or gets worse, let your doctor know. It is important to speak with a doctor to see if what you are feeling is normal.

If you experience any of the following symptoms, seek immediate medical care:

These may be signs of internal bleeding or an internal infection, which are considered medical emergencies.

Fatigue is your body's way of telling you that you need to rest. Fatigue is normal following surgery and it should improve day after day as your body begins to heal itself. In general, it takes one week per day in the hospital to feel back to normal.

Some people have it worse than others due to age, health, and the type of surgery they had, but with time and proper care, most will be able to build up their strength and energy levels.

Fatigue is abnormal if it continues for longer than expected or gets worse. Reasons may include an infection, iron deficiency anemia, depression, or a reaction to anesthesia or pain medications, Whatever the cause, let your doctor know if fatigue seems abnormal or doesn't seem to get better after surgery.

Some people don't bounce back as quickly from surgery as they had hoped they would. Don't get yourself down if it takes longer than expected to return to normal energy levels. What's more important is to listen to your body and take it easy if your body tells you to rest.

On the other hand, if you're worried that you are not getting better, don't keep quiet. Let your doctor know so you can find the cause and getting treated as soon as possible. 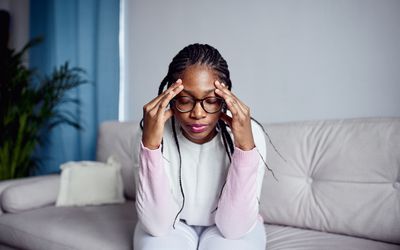 Can Fatigue Be a Symptom of Ankylosing Spondylitis? 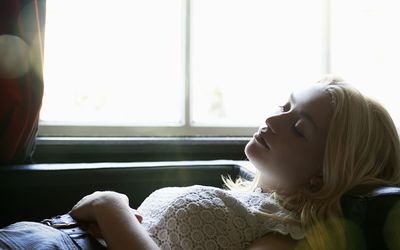 Is Your Fatigue a Symptom of Cancer? 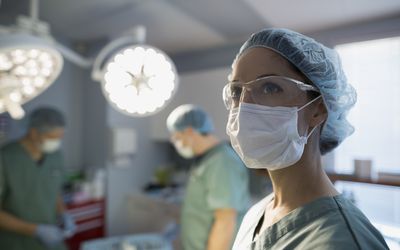