How to Predict When You Are Most Likely to Get Pregnant

Typically, you are at your most fertile and can most easily become pregnant right as or just after your ovary releases an egg (ovulation). Specifically, your fertile period is once a month, within 12 to 24 hours of an egg being released by the ovary.

Ovulation occurs two weeks before the start of your period. Learning to predict your ovulation will give you a better sense of when your most fertile days are so you can increase your chances of getting pregnant. If you don’t wish to become pregnant, these are the days you need to be the most careful if you’re having sexual intercourse.

This article will help you learn how to predict when you'll ovulate. It also discusses some of the problems you may have when trying to predict fertility.

Understanding Your Most Fertile Days

There are six to seven days during your menstrual cycle when you can get pregnant. This is known as your fertile period.

You are most fertile between two and five days before you ovulate, and the day that you ovulate. It's possible you can achieve pregnancy on the day after you ovulate, too.

Once released, an egg only lives for about 24 hours. However, sperm can live in your fallopian tubes for up to five days. So even if you had intercourse a few days before you ovulate, there may still be sperm in your reproductive tract that can fertilize your egg. That's why there are six to seven days that count as being within your most fertile time.

If you have unprotected sex on those days, you may become pregnant.

How to Predict Ovulation

To figure out your most fertile days each month, you need to know when you’ll ovulate. To pinpoint that time, you’ll need to rely on body awareness and look for ovulation signs each month.

Often, ovulation occurs two weeks before the start of your period.

Natural family planning techniques can help you learn when you ovulate. You can also look at the day that you expect your next period to start and count back 14 days from it. This calculation will give you an idea of when you will ovulate.

Hormones and the Menstrual Cycle

If you have a very regular 28-day cycle, ovulation usually happens on day 14. However, if the length of your cycle varies, counting back 14 days won’t be a good way to predict when you will ovulate.

That said, you do not need a 28-day cycle to use this method—you just need a regular cycle.

You can still figure out when you are most fertile if your cycle is longer or shorter than 28 days. The key is knowing that your cycles are reliable.

The only way to find out if you have regular cycles is to track them for three to six months. You can use a notebook, a calendar, or an app to track your periods and get a sense of when you’re most likely to ovulate.

When counting the days of your cycle, the day your period starts is day 1. A menstrual cycle usually lasts 26 to 32 days. If you have a typical cycle in this range, ovulation is likely to occur between days 12 and 18.

Timing your ovulation can be tricky because it may not happen on the same day or same time every month. The length of your cycle may also change from month to month.

Even carefully tracking the numbers may not always help you to predict ovulation. You may ovulate earlier or later than you predicted.

A change in the day of ovulation can have a number of causes, including:

How to Predict Your Fertile Days

What Does Abstaining From Sex Mean?

Sperm can live inside your body for up to five days. So let’s say that you ovulate on day 12 of your cycle. If you have sex on days seven, eight, nine, 10, or 11, there could still be sperm living inside you on those days.

When your egg is released on day 12, there could be sperm available to fertilize it.

If you happen to ovulate in the afternoon or evening on day 12, then the egg could be fertilized in the 24-hour period after.

This is why it’s best to avoid having unprotected sex the entire day after you ovulate.

What Happens When You Ovulate

Since your cycle may change from month to month, tracking it is not a reliable birth control method.

Examples of Most Fertile Days

Here are some examples to help you calculate your most fertile days.

Remember, these results will be most accurate if you can predict when you ovulate. Use your body signs to help confirm you got the day right.

Basic charting tools can help you most accurately determine when you ovulate. In addition to fertility apps, here are some other tracking tools you might find helpful:

Will Ovulation Kits Work If You Have PCOS?

You can become pregnant during and right after ovulation. Sperm can live in your body for up to five days, and you are most fertile for about seven days during your monthly cycle.

You can predict when you will ovulate by tracking your monthly cycle. Count back 14 days from the first day of your period. If you have a predictable cycle, you can use this method to estimate the day you will ovulate.

You can become pregnant if you have unprotected sex in the six days leading up to and including the day you ovulate, plus the day after. Keep in mind that factors like illness, being stressed, and weight loss may cause you to ovulate earlier or later than you predicted.

Smartphone apps, a basal body thermometer, ovulation tests, and other tools can help you keep track of your cycle.

When Are You Fertile Again After Stopping Birth Control?

Tips for Getting Pregnant
7 Sources
Verywell Health uses only high-quality sources, including peer-reviewed studies, to support the facts within our articles. Read our editorial process to learn more about how we fact-check and keep our content accurate, reliable, and trustworthy. 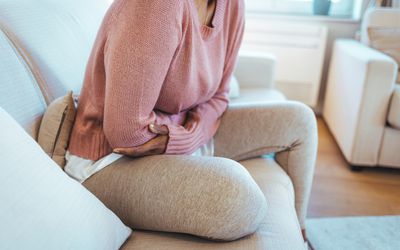 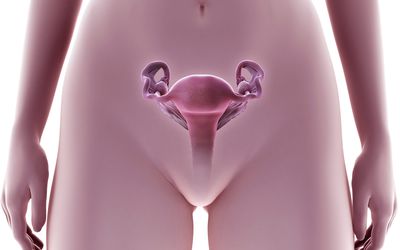 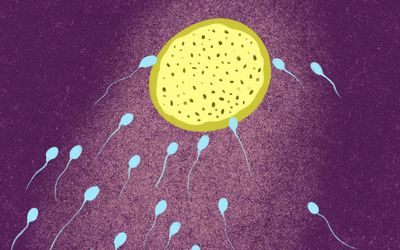 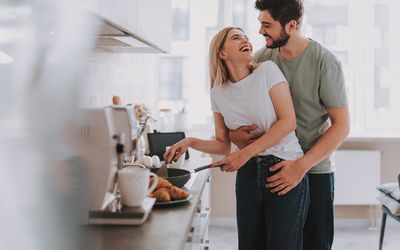 What Is the Rhythm Method of Birth Control? 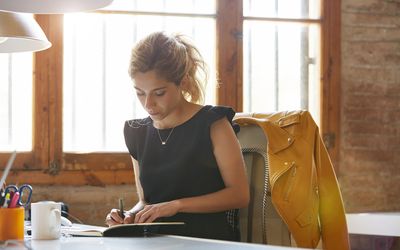 Best Fertility Journals of 2023 for Tracking Your Menstrual Cycle 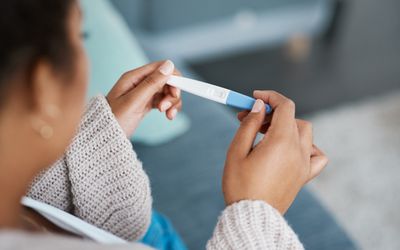 How to Get Pregnant: Tips to Increase Your Fertility