Fibromyalgia is a chronic pain disorder. It got its name and official definition by the American College of Rheumatology in 1990. Before that, it had several names, including fibrositis. Fibromyalgia has a long, interesting history that goes back far longer than most people realize.

Fibromyalgia's defining characteristic is widespread pain that can be in any part of the body and can move around. Researchers have come to believe that fibromyalgia is largely neurologically based, and that much of the pain is the result of the brain amplifying signals from the nerves.

What does fibromyalgia feel like? The pain of fibromyalgia can be dull, stabbing, throbbing or burning. It can be constant or can come and go, and the intensity can vary as well.

Other fibromyalgia symptoms include fatigue, mental fog (called fibro fog), anxiety, hypervigilance, morning stiffness, sleep disorders and many more. The condition has more than 60 recognized symptoms, which can vary from person to person both in number and severity.

Things like injury, illness, stress (emotional or physical), and fatigue can make symptoms worse. Some people have specific triggers (things that increase symptoms), such as foods, chemicals, or the menstrual cycle.

Fibromyalgia can be a primary pain syndrome or can be secondary to another illness, such as rheumatoid arthritis or multiple sclerosis.

Sleep disorders are especially common with fibromyalgia as well, including insomnia, sleep apnea, and restless legs syndrome. The symptom of unrefreshing sleep is also common.

People from every culture and socioeconomic level have fibromyalgia. It's most common in women over 30, but men and children can come down with it as well.

More than six million people in the U.S. have fibromyalgia, making it one of the most common pain conditions. Many people with this condition are too disabled to continue working.

The Social Security Administration does recognize fibromyalgia as a potentially disabling condition. However, having a disability claim approved is a long and difficult process that can be complicated by the ambiguous nature of fibromyalgia symptoms and the lack of diagnostic tests.

So far, no lab test can accurately diagnose fibromyalgia. Doctors do need to rule out numerous conditions with similar symptoms before making a diagnosis, making this a diagnosis of exclusion.

Diagnostic criteria for fibromyalgia were established in 1990 by the American College of Rheumatology (ACR). Alternate criteria were released in 2010. The ACR offered them as an alternative to doctors who weren't experienced with or comfortable performing a tender-point exam. These criteria depend on patient worksheets which are scored by the doctor.

The FDA has approved three drugs for the condition—Lyrica (pregabalin), Cymbalta (duloxetine), and Savella (milnacipran)—but doctors prescribe many other drugs to treat fibromyalgia, as well. Unfortunately, common pain killers, such as anti-inflammatories (Motrin, Aleve) and narcotics (Vicodin, Percocet) are generally ineffective against the firomyalgia pain.

People with fibromyalgia frequently have a hard time finding a doctor knowledgable about the illness and how best to treat it.

Historically, fibromyalgia has most often been treated by rheumatologists. In recent years, however, neurologists, physiatrists, and naturopaths have begun treating it more. People with fibromyalgia also sometimes see massage therapists, chiropractors, physical therapists, and other complementary and alternative-medicine practitioners. They may also see a psychiatrist or psychologist to deal with the difficulties of a debilitating condition and possibly for depression.

Depression is common in people with fibromyalgia, as it is in debilitating pain conditions overall. Fibromyalgia, however, is not a psychiatric condition.

Fibromyalgia sometimes gets worse over time, but it sometimes stays about the same or improves. In some people, it will go into a long-term remission or seem to disappear all together.

We don't yet know what causes fibromyalgia. Many people develop it after being injured, while in others it may be triggered by chronic stress or as a secondary condition (in those with pre-existing chronic pain conditions.)

Fibromyalgia is officially classified as a syndrome, which means it's a collection of signs and symptoms that are known to occur together, but without a known pathology. The "syndrome" label will likely be removed as we learn more about it.

Fibromyalgia tends to run in families, leading researchers to believe that it has a genetic component. In many cases of juvenile fibromyalgia, a close relative has the adult version of the condition.

People living with fibromyalgia often face extreme challenges. Many have to leave their jobs or find jobs that are more manageable with their symptoms.

Many people see their relationships fail, especially when the other person doesn't believe they are really sick or is unwilling to change their life to accommodate the illness. This can lead to isolation and further depression.

Many people with fibromyalgia live full and satisfying lives in spite of their illness and the lifestyle changes it forces upon them. 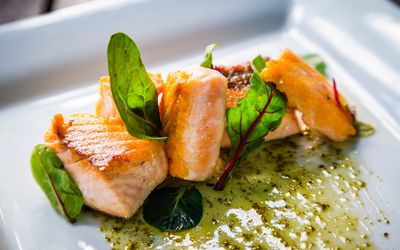 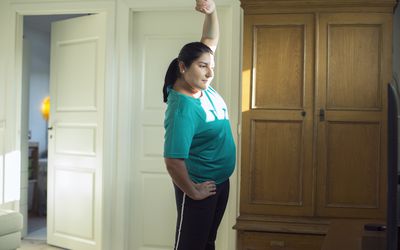