Want to reduce your risk of developing Alzheimer's disease as well as other types of dementia? Here are 11 foods that researchers have repeatedly studied and found to be correlated with a lower ​risk of dementia.

Eating strawberries, blueberries, and acai fruit have been correlated with multiple benefits for our brains, with studies demonstrating improved memory in children as young as 8 to 10 years old and all the way through older adulthood.

Both caffeine in general and coffee specifically have been associated with cognitive benefits, including a significantly lower risk of progression from mild cognitive impairment to dementia.﻿﻿

Leafy green vegetables contain vitamins that boost your brain functioning. In a 2018 study involving adults who were 58 years to 99 years old, eating green leafy vegetables was associated with the equivalent of being 11 years younger cognitively.﻿﻿ Other studies published in 2005 found a reduced risk of dementia in those with higher levels of folate which is found in leafy green vegetables.﻿﻿

Several studies have connected nut consumption to a lower risk of dementia. While some research demonstrates improved memory and recall in people whose cognitive functioning is normal,﻿﻿ other research on mice published in 2014 suggests that walnuts may even be able to improve memory in tho already have Alzheimer's disease. However it's important to note this study wasn't done on humans.﻿﻿

Some Types of Cocoa/Chocolate

Chocolate may be one of the tastiest ways to reduce the risk of dementia. Multiple studies have associated cocoa and dark chocolate with a lower chance of cognitive decline, according to a 2017 review. The important clarification is that dark chocolate, not milk chocolate, generally is going to provide the most boost to your brain.﻿﻿

Low to Moderate Amounts of Alcohol

This is a somewhat controversial one since there are some risks associated with drinking alcohol, but multiple research studies demonstrated a cognitive benefit for those who drank light to moderate amounts of alcohol. Some of this may be related to the resveratrol in red wine, but other research found this benefit in other kinds of alcohol as well.﻿﻿

Keep in mind that there are some people who should never drink alcohol, such as alcoholics, those with Wernicke-Korsakoff syndrome,﻿﻿ and those for whom it will interact with their medications.

Multiple studies have demonstrated that cinnamon, when given to mice, was correlated with an improvement in the ability to clear the buildup of protein in the brain that's connected with Alzheimer's disease, as well as improve memory and other cognitive functioning.

Additionally, cinnamon has been associated with antioxidant and anti-inflammatory benefits, along with heart and lower blood pressure, all of which have been tied to better brain health.

Like curry? Curcumin has been demonstrated to be highly correlated with both preventing cognitive decline and treating dementia already present in mice. One challenge for humans is that our bodies often don't easily absorb curcumin.﻿﻿

A heart-healthy diet of fruit and vegetables has been connected to a reduced risk of Alzheimer's disease. Load that plate with colorful veggies and fruits to ensure that you're meeting your body's needs for vitamins. Multiple studies have found that a decreased risk of cognitive impairment was tied to consuming higher amounts of fruits and vegetables.﻿﻿

As opposed to one specific food, the Mediterranean diet is an overall approach to eating and includes several of the foods previously listed. It has been demonstrated to be strongly connected to an improved cognitive functioning and a lower risk of the development of dementia.

While there are some risks for cognitive decline that are out of our control, our diet is a factor that is highly within our control. The food we choose is tied to both body and brain health, and maintaining our health—as much as we are able—is a gift that benefits ourselves, as well as our loved ones. 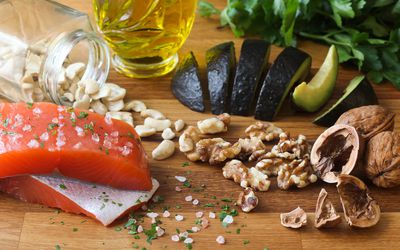 Does the Mediterranean Diet Impact Brain Health and Memory? 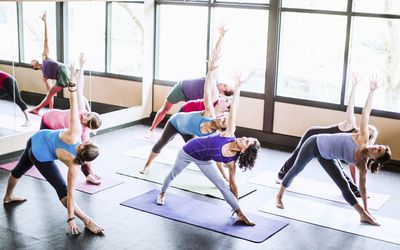