Trauma or injury to the frontal lobe of your brain can cause a wide range of problems and changes to your personality. That’s because the frontal lobe is responsible for shaping social behavior and personal characteristics. It controls things such as personality, decision making, motivation, and voluntary movements.

This article discusses the functions of the frontal lobe and how it can be injured. It also covers the long-term effects of frontal lobe injuries and how they can be treated.

Anatomy of the Frontal Lobe

The brain is divided into lobes, or sections: frontal, parietal, occipital, temporal, limbic and insular cortex.

The frontal lobe lies at the front of the brain. It starts right behind the eyebrows, traveling up the forehead, and covering about a third of the top of your head.

The left and right sides of the frontal lobe handle some different functions and this can sometimes vary per person. The right frontal lobe is primarily associated with non-verbal skills, such as interpreting social cues or observing people’s reactions. The left frontal lobe generally has greater control over speech.

However, about one-third of people who are left-handed have speech function located on the right side instead of the left.

The right and left sides of the frontal lobe communicate with each other. Damage to both sides tends to have more profound effects.

The frontal lobe is one of the most common areas of the brain to be affected by head trauma. Common causes include the head being hit by:

If the skull fractures, it’s called an open injury. An open skull fracture over the frontal lobe may push bone fragments into brain tissue. It also increases the risk of infection, because bacteria, fungi, and other infectious organisms can come into contact with the brain.

A closed frontal lobe injury means that the skull was not broken or punctured. The damage to the brain may still be serious if the impact caused bleeding or tearing of any of the nerves and tissues.

Damage to the frontal lobe can lead to a variety of personality and behavioral changes. Some that may impair learning include:

Altered social behaviors may include:

Other problems may be more medical in nature, such as:

Frontal lobe damage from head trauma manifests in many different ways. This can depend on the severity of the injury, what sections of the frontal lobe were injured, and pre-existing personality traits.

With head trauma or brain injury, the first steps of treatment focus on stopping bleeding and managing swelling and nerve death.

A number of diagnostic tools can help assess head trauma and brain injury. It’s common to have a CT scan (computed tomography) immediately after the injury. The CT scan produces a three-dimensional image to show more detail of skull fractures or bleeding.

Next, a magnetic resonance imaging (MRI) scan may be used to further identify which areas of the brain suffered damage.

If serious bleeding leads to pressure on the brain, surgery may be needed to stop the bleeding and remove the blood.

An open fracture may need to be surgically repaired. Any foreign bodies that entered the brain need to be removed. Bleeding has to be stopped, and the wound needs to be stabilized and closed.

After a frontal lobe injury, rehabilitation is an important part of recovery. Since the front part of the brain is closely related to behavior, a neuropsychologist may conduct personality and skill tests.

These tests help determine which skills need re-training. Interviews with the patient, family, and friends help the medical team and therapist understand how the injury changed the person.

From there, the medical team will put together a brain injury rehabilitation plan. The goal is to bring the person as closely back to their original functional state as possible.

The frontal lobe is located at the front of the brain. Trauma or injury to this part of the brain can cause personality and behavior changes. It can cause attention problems, language difficulty, impulsive behavior, and inappropriate social behavior.

Frontal lobe trauma may require surgery if there’s bleeding or any foreign objects in the brain. After your condition is stabilized, rehabilitation is an important part of recovery. Your medical team will evaluate your injuries and develop a brain rehabilitation plan to help you regain skills. 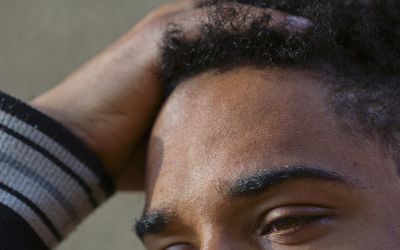