A neurotransmitter known as gamma-aminobutyric acid

Gamma-aminobutyric acid (GABA) a chemical made in the brain. As an inhibitory neurotransmitter, GABA reduces a nerve cell's ability to send and receive chemical messages throughout the central nervous system.

Fluctuating levels of GABA are linked to medical conditions including anxiety, autism, and Parkinson's disease.

Several medications target GABA receptors. And though GABA supplements are used to lower stress and anxiety and combat insomnia, evidence of these benefits remains limited.

This article explains GABA, how it works, and what happens if there’s not enough GABA activity in the body. It also covers how GABA activity can be regulated with medication and supplements.

As an inhibitory neurotransmitter, GABA blocks or inhibits certain nerve transmission. It decreases the stimulation of neurons. This means that a neuron that receives a message along the way doesn't act on it, so the message isn't sent on to other neurons.

This slow down in message transition may be helpful in modulating mood and anxiety. In other words, GABA calms your nervous system down, helping you to not become overly anxious or afraid.

Problems with GABA signaling seem to play a role in disorders that affect your mental health or your nervous system. These are known as psychiatric and neurologic conditions.

When messages, called “action potentials,” are received by a neuron, the message is passed on to another neuron via a series of steps.

However, about 30% to 40% of neurons contain GABA. These are called GABAergic neurons. When GABAergic neurons receive a message, they release GABA into the synapses where the message is supposed to be carried on. The release of GABA starts a reaction that makes it less likely that the action potential will be passed on to other neurons.

GABA activity only lasts milliseconds, but it has significant consequences. In the brain, it results in a calming effect. In the spinal cord, this process allows for sensory information integration, which means it allows your nervous system to process and organize information coming in from the senses.

GABA and Its Benefits in the Body

GABA is an amino acid that helps to regulate mood. It's released by certain neurons that carry messages along the nervous system. GABA acts to stop messages from being transmitted. Specifically, it affects how the body reacts to feelings of anxiety, fear, and stress, and it allows the nervous system to better process information.

If there is a dysregulation in the functioning of GABAergic neurons, it can affect mental health and contribute to a vaiety of psychiatric and neurologic disorders (disorders of the brain and nervous system). A lack of proper GABA activity may play a role in schizophrenia, autism, Tourette’s syndrome, and other disorders.

GABA activity helps you have a healthy response to stress by preventing neurons from sending out messages that would "fire up" the body.

Many things can impact GABA levels, which could contribute to anxiety. For example, research shows that external stressors and early life stressors can directly influence how GABA functions in the body, creating imbalances.

A lack of GABA is associated with problems carrying out normal cognitive functions. This is very important for people who have schizophrenia, a psychiatric disorder that causes significant issues with thoughts, emotions, and behavior.

Problems with specific elements of the nervous system, GABA-A receptors, have been associated with features of schizophrenia, including hallucinations and cognitive impairment.

While the exact cause of autism spectrum disorder (ASD) is still unclear, animal and human studies have found associations between abnormalities in GABA activity and ASD symptoms. There seems to be a relationship between GABA and how a person with autism has limited interests or difficulty with social interaction.

The studies related to autism seem to show that GABA doesn't work alone. An imbalance in this neurotransmitter may affect other neurotransmitters and receptors, or GABA may be affected by them.

Lower levels of GABA in the body have also been associated with major depressive disorder (MDD). This is likely because GABA works in collaboration with other neurotransmitters, such as serotonin, which is also involved in mood disorders.

Research also suggested that improper GABA functioning may be a factor that contributes to suicide.

GABA activity plays an important role in several diseases, including neurodegenerative disorders in which the body’s nerve cells break down or die.

Among these disorders are:

Other disorders related to GABA activity include the following:

Stress and other factors can affect the development of the nervous system and GABA activity. This can lead to too little GABA, which may play a role in disorders related to brain function and mood, including schizophrenia, autism, depression, and anxiety. GABA activity (too little or too much) is also associated with neurodegenerative diseases.

GABA occurs naturally in the body. In cases where there seems to be a problem with GABA activity, your healthcare provider may prescribe medication. Supplements are also sometimes used to regulate functions controlled by GABA.

How Can I Get GABA Naturally?

Research identifies foods that are dietary sources of GABA. They include broccoli and other cruciferous vegetables, certain peas and beans, and oat, wheat, and barley. They also include rice, tomatoes, sweet potatoes, and spinach.

Drugs that are used to regulate GABA signaling include:

GABA is available in non-prescription supplement form. Manufacturers sell natural GABA in pills and capsules at a range of prices, claiming their products can help reduce stress and help you to feel calm and relaxed. It can be sold alone or blended with other substances like melatonin, which promotes sleep.

There is some question of how much of these supplements actually cross the blood-brain barrier and are ultimately available to the brain.

What You Should Know Before Taking GABA Supplements

GABA activity and/or production can be affected by alcohol and other drugs. These substances can be abused by people trying to self-medicate.

Alcohol, for example, promotes GABA receptor activity. This can create a temporary feeling of calm and relaxation. But the effect is artificial and risky. You won't get the same effect over time. People may build up a tolerance, which makes the body require more of the substance to achieve the same feeling.

Overdosing or taking multiple GABA-modulating drugs and alcohol can result in respiratory depression (slow breathing) due to increased GABA signaling in the brain stem.

When to Seek Help

While your body's natural production of GABA has many benefits, artificial means of altering GABA activity can potentially lead to serious problems. Abusing certain substances that impact GABA may lead to use disorders and toxicity.

If you're using GABA medication or supplements and other GABA-affecting drugs like alcohol and benzodiazepines, talk with your healthcare provider.

There’s still much that’s not understood about GABAergic neurons and GABA activity. It’s clear, though, that mood and mental health are affected by this amino acid. It also plays a role in neurodegenerative diseases and other disorders.

Healthcare providers may be able to prescribe medications to help regulate GABA activity and treat these problems. These drugs need to be properly administered to avoid dependence or abuse.

There’s little research to support the benefits of over-the-counter supplements. They may offer some help, but they also pose a potential threat to your health if you use those supplements with alcohol or some other drugs.

GABA-modulating drugs can have powerful effects, and can help with people struggling to relax, calm themselves, and sleep. However, many of them carry a risk of abuse, which can create even more problems. Mood and anxiety disorders are complex and require treatment directed by a professional, so speak with a qualified healthcareprovider before taking medication or supplements on your own.

What Are GABA Supplements?
The Anatomy of the Central Nervous System 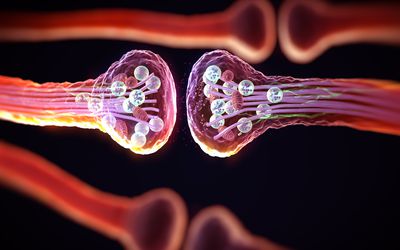 Valerian Root for Sleep: Benefits and Side Effects 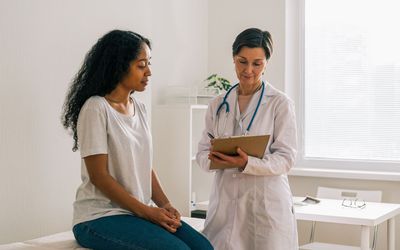 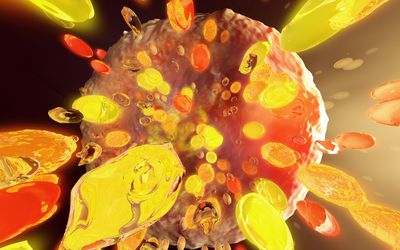 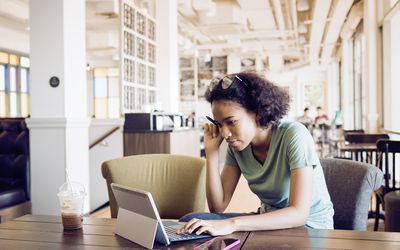 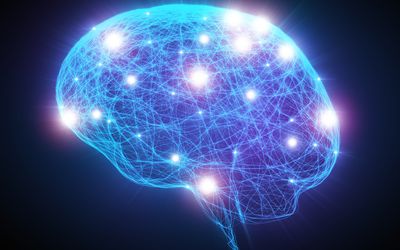 NMDA Receptors and How They're Involved in Disease