Why Location of Crohn's Disease Matters

Unlike with ulcerative colitis, another inflammatory bowel disease, which typically only affects the large intestine and, more rarely, the end of the small intestine, people with Crohn's disease can have inflammation anywhere within the GI tract.

The most commonly affected locations of the GI tract are the ileum (the end of the small intestine) and the colon (the large intestine). In approximately 4% of all Crohn's cases, the gastroduodenal region will be affected.

Location is key to understanding Crohn's disease and initiating proper diagnostic measures, treatment, and management. Based on what areas of the GI tract are affected, people can experience varying signs and symptoms of the disease, highlighting the point that each case and treatment plan is individualized.

Parts of the Digestive System

While the exact causes of Crohn's disease remain largely unknown, there is growing evidence of a genetic component at play. At least 200 genetic variations have been identified as associated risks for developing Crohn's disease.

In addition to genetics, environmental factors, geographical location, and lifestyle habits have all been thought to contribute to Crohn's disease, including:

The use of some medications such as nonsteroidal anti-inflammatory drugs (NSAIDs) and oral contraceptive pills have been thought to increase occurrence of Crohn's, but more research needs to be done.

Who Gets Gastroduodenal Crohn's Disease?

While Crohn's disease is typically diagnosed between the ages of 20 and 50, gastroduodenal Crohn's is more common in the adolescent population.

Studies have found nearly 56% of people with gastroduodenal Crohn's had Crohn's in another area of their GI tract in the past. Cases isolated to the gastroduodenal region are rare.

The extent of symptoms people with gastroduodenal Crohn's disease experience is largely dependent upon the amount of inflammation within their GI tract and the level of obstruction it causes.

The most common symptoms of gastroduodenal Crohn's include but are not limited to:

It's also important to note that many people with gastroduodenal Crohn's will initially be asymptomatic and diagnosis may be made incidentally upon further testing.

A healthcare provider will take a thorough medical history, including a family history of inflammatory bowel disease, and review symptoms to diagnose gastroduodenal Crohn's disease.

A physical examination of the abdomen can detect any tenderness, distention, or masses of concern. For people who are experiencing blood in their stools or rectal bleeding, a rectal examination may also be necessary.

A fecal calprotectin test run on a stool sample can help rule out Crohn's disease, as it is highly sensitive and specific to the disease. A negative result may help spare individuals from more invasive testing.

Several procedures and imaging tests may be ordered to further evaluate a person's symptoms. These may include:

Other imaging studies, such as MRIs (magnetic resonance imaging) and capsule endoscopies, may be ordered. However, endoscopy, colonoscopy, and CT scans remain the most widely and commonly used options for diagnosing gastroduodenal Crohn's.

Gastroduodenal Crohn's can be treated surgically or with medication.

The first step is to try to manage the condition with medications through a stepwise approach. Treatment tends to be determined by a person's age, co-occurring conditions, disease location, and complications.

Commonly used medications for the treatment of Crohn's disease include:

When a person's disease is extensive or is not responding to medication, surgical treatment is an option. Nearly 60% of people with Crohn's disease will require surgery at some point in their disease course. It is often used to treat complications such as GI obstructions, fistulas, perforations, and more.

If you are experiencing symptoms of gastroduodenal Crohn's disease, reach out to your healthcare provider for further evaluation before symptoms progress. While living with Crohn's disease can be challenging at times, many treatments are available and offer opportunities for proper management. 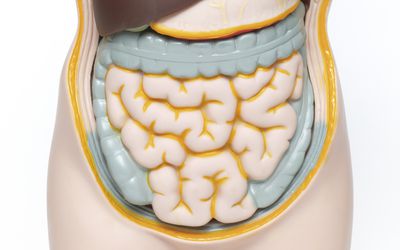 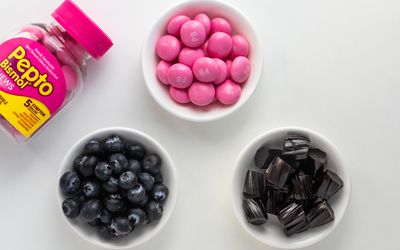