Why Latinx Representation Matters in Genetic Testing For Parkinson’s

Donna Siegfried is an award-winning journalist with over 30 years' experience. She is a member of the American Medical Writer’s Association.

Those who have Parkinson’s disease (PD) can now get free genetic testing and counseling through the Parkinson's Foundation’s new research initiative called PD GENEration.

The program, which launched last year, hopes to examine the relationship between PD and genetics. It provides free genetic testing for people diagnosed with Parkinson's disease as well as a free consultation with a genetic counselor to review the results of the test. Typically, genetic tests are expensive and not covered by insurance, and often do not include a counseling component to explain the results.

The exact cause of PD—a neurological disease characterized by shaking, tremors, and trouble walking, moving, and balancing, among other symptoms—is not yet known, but it's suspected genetic and environmental factors interact to trigger the condition.

Maria DeLeon, MD, a neurologist in Texas, is diagnosed with PD herself and decided to take part in the program.

“For me, knowing the risk that my daughter and other family members might have was a big factor in my participation in PD GENEration,” DeLeon tells Verywell. “But so was finding out if there is a well-known gene associated with my illness that might allow me or others like me to participate in specific clinical trials to treat my unique disease.”

Because studies found that the Latinx population has one of the highest incidences of PD, Latinx people, in particular, may benefit from the program. By participating, Latinx individuals like DeLeon can help improve researchers' understanding of the role genetics place in PD for Latinx populations.

“Latinxs are largely underrepresented in genetic studies. The very few epidemiological studies that have included Latinx individuals seem to suggest that there could be a higher incidence (or at least as high as in people of European ethnicity) for Latinx individuals,” Ignacio Mata, PhD, a researcher at Lerner Research Center in Ohio, tells Verywell. But Mata explains that those studies used Medicare data and are not in any way definitive, mostly due to large differences in social, cultural, but especially environmental factors.

PD GENEration is trying to bring more Latinx PD patients into the fold by being the first national PD study to offer bilingual genetic testing at home or in a clinical setting with counseling.

What Is Genetic Testing?

Genes inside our cells carry the instructions for our physical attributes—such as hair and eye color, height, and the shape of our noses and knees—but they also contribute to our risks for developing diseases.

“We all carry the same genes, but within those genes there are differences, which we call variants,” Mata says. The variants make us the individuals we are. “If we think about our genetic information as a book, the genes would be the chapters, and the variants are the words. Sometimes these words (variants) have consequences, causing or increasing our risk to develop certain diseases. With genetic testing we look at those genes and try to find variants that could be potentially disease-causing,” he says.

Mata explains that genetic variants are passed from generation to generation, so genetic testing, under the supervision of a genetic counselor, could be very helpful to determine a possible genetic cause of a disease.

“The impact for the patient with Parkinson's disease could be huge, as several clinical trials are ongoing for individuals with certain genetic variants," Mata says. "This means that new therapies are being created targeting the biological cause of the disease, therefore potentially being much more effective in slowing or stopping the progression of the disease in that specific group of patients."

In July, the PD GENEration program found that of the 291 people who had already participated, 17% tested positive with a genetic mutation linked to PD.

“[PD GENEration] may be the chance of a lifetime to discover what makes us more vulnerable and different in order to prevent [Parkinson’s disease] and shape the future of our children, as well as that of many Parkinson’s patients to come,” DeLeon says.

Racial Disparities Under the Microscope

When understanding the difference in PD incidence across racial and ethnic groups, Mata says environmental factors should be taken into consideration.

“Non-genetic factors contribute to the development of the disease, and therefore these could play a role in the possible differences between populations,” Mata says. “For example, many Latinxs in the U.S. work in farming, where massive amounts of pesticides are used, and exposure to pesticides is an important environmental factor in the development of Parkinson's disease."

Mata stresses the importance of genetic testing for developing future treatment and understanding some of these differences.

“We have to keep in mind that using genetic information to determine, for example, the best treatment, is a reality in many diseases (such as cancer) and will soon be [reality] for some neurological disorders,” Mata says. “Therefore, if we don’t include all populations in our studies, we will be accentuating already-existing health disparities.”

Because fewer Latinx people participate in genetic studies, “we don’t know what kind of variants they carry, or in which genes, that could be disease-causing in the Latinx population,” Mata says. “In addition to understanding the genetic factors present in this population, our hope is that we can also identify novel variants and novel genes involved in causing Parkinson’s disease, allowing us to better understand the biological mechanism behind the disease, as well as novel therapeutic targets."

What Keeps Latinx Participation in Trials and Treatment Low?

Three main factors play a role in Latinx participation in trials, getting treated by a specialist, or seeking out genetic testing, DeLeon says.

The first factor she points to is language. She says many Latinxs, not born in the U.S., may prefer seeing a doctor who speaks Spanish, which oftentimes means seeing a primary care physician or clinic.

“Second, culturally, many Latinxs are mindful of authority and leadership, which means they may not question their doctor or ask for information that isn’t presented to them," DeLeon says. "So, if their doctor does not bring up the subject of participating in trials, they may not inquire about it—nor will they ask for a neurologist referral if their primary care physician doesn’t suggest seeing one."

The emphasis Latinxs place on how others in the community are being treated for a particular disease also plays a role, according to DeLeon. “This is where building awareness in our community plays a huge role. Lack of knowledge will prevent people from seeking treatments,” she says.

If you have been diagnosed with PD, you may be eligible to enroll in the PD GENEration program to receive free genetic testing as well as a free consultation with a genetic counselor to review the results of your genetic test.

To participate, first, you need to check your eligibility status by completing a short online questionnaire and having a screening appointment to confirm eligibility and provide your consent for genetic testing. If you are eligible for the program, a cheek swab kit will be sent to your home. You’ll take part in a 2-hour video conference to do clinical assessments. Six weeks after submitting your sample, you’ll have a genetic counseling appointment by phone. Learn more about the process at the PD GENEration website.

If you have relatives who have PD but are not diagnosed yourself, Mata says researchers are working to develop neuroprotective therapies. That means that if you happen to carry genetic variants but are not yet having symptoms, the studies happening now based on genetic testing could potentially provide you with options for future therapies when they become available.

By Donna Siegfried
Donna Siegfried is an award-winning journalist with over 30 years' experience. She is a member of the American Medical Writer’s Association. 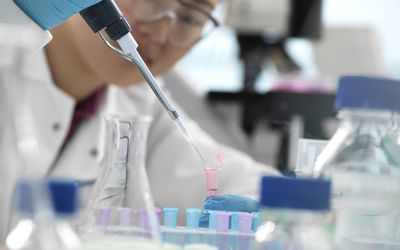 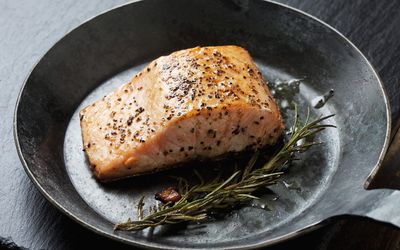 Eating Healthy When You Have Parkinson's Disease 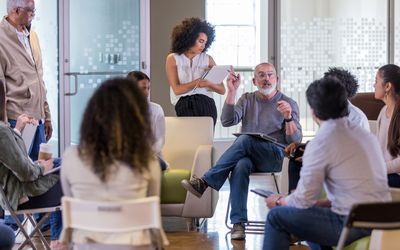