Picky eating is common in autism

Issues around food and eating are common in children with autism spectrum disorder (ASD). There are several reasons for this. Many have health issues that make it unpleasant or even painful to eat. For others, the same hypersensitivity that makes an autistic child unable to tolerate loud noises or itchy fabric extends to certain food smells and textures.

Kids with autism also often have traits and behaviors that make eating a challenge. These might be rigid rules about how the food is arranged on their plate or difficulty with change—wanting everything to always be the same—which means they aren’t open to trying new foods.

The bottom line is, picky eating and autism often go hand-in-hand. However, when a kid with ASD turns up their nose at certain foods, refuses to taste new ones, or simply doesn’t eat enough, the underlying reasons may not be the same as for children who are developing typically.

This article provides a blueprint for dealing with picky eating in kids with autism. It explains the medical issues and traits that contribute to this behavior and offers helpful strategies for getting a child to try new foods and to eat a more nutritionally balanced diet.

How Autism Can Affect Feeding

Many of the traits and behaviors common to children on the spectrum can play a significant role in what and how much they eat. Kids with ASD also are prone to certain health problems that can impact their appetite and tolerance for certain foods. It’s helpful to be aware of all these possibilities in order to figure out what to focus on and treat or manage.

Interoception is the clinical term for being able to notice the messages the body sends about what it needs, such as warmth, fluids, and food. Research has found diminished interoception can affect an autistic person’s ability to notice hunger cues.

For a child with ASD, this may mean their bellies are empty and their blood sugar levels are low, but they don’t notice the rumble in their belly or low energy. Lack of interoception when it comes to hunger won’t cause a child to be picky about what they eat, but it can play a role in why they don’t seem interested in eating.

Children with ASD who refuse to eat certain foods often do so because the smell or flavor is unpleasant to them, for example.

Likewise, some kids with autism may only eat foods that are, say, white, while others find green foods repulsive. Of course, all children, including neurotypical ones, are notorious for preferring certain foods over others. But extreme sensitivity to odors, flavors, and textures is a hallmark of autism that can play a significant role in picky eating.

Kids on the autism spectrum often express a strong preference for foods that feel a certain way in their mouths. Some prefer soft or creamy foods like yogurt, soup, or ice cream; others need the stimulation of crunchy foods.

Certain behaviors common in ASD may be a factor when kids with autism don’t eat enough. For example, many create strict rules and rituals around how they eat. They may insist on eating foods in a certain order, for example, or refuse to eat a food that is touching another food on their plate. If for some reason they feel forced to break those rules, they may not eat at all.

Some kids with autism also may tend to behave in dangerous or disruptive ways at mealtimes. They may throw tantrums—or even utensils—if they feel pushed to put something new in their mouths. Or they may get up and run around the table rather eat simply because they find it hard to stay still long enough to sit through a meal.

Children with autism are at an increased risk of a number of medical issues that affect digestion. These conditions may cause eating to be unpleasant or even painful. They also may affect their appetite and interest in food.

A pediatric gastroenterologist can figure out if a medical problem is playing a part in your kid’s picky eating or refusal to eat. It may not be the only factor, but treating it should help. Some possible contributing conditions include:

This eating disorder is especially common in autism spectrum disorder. According to the National Eating Disorders Association, ARFID is a lot like anorexia nervosa in that it involves limiting “the amount and/or types of food consumed, but unlike anorexia, ARFID does not involve any distress about body shape or size, or fears of fatness.”

ARFID is more extreme than picky eating or selective eating. It can prevent a child from growing or developing properly and cause significantly low levels of essential nutrients. As with anorexia, ARFID can lead to life-threatening electrolyte imbalances and heart problems.

The muscles necessary for biting, chewing, and swallowing are often weak and underdeveloped in children with ASD. As a result, they may find it hard to manage certain foods, especially those that require lots of chewing, such as meat.

Some signs this may be the case for your kid include:

If this describes how your child eats or you notice other behaviors that cause you to think they’re struggling to bite, chew, use their tongue to move food around in their mouth, or swallow, take them to see a pediatric dentist for a thorough dental exam.

A check-up might also turn up other problems that can interfere with eating, such as cavities, teeth sensitivity, or infection that make eating uncomfortable.

Tips for Taking an Autistic Child to the Dentist

Impact of a Limited Diet

Eating only a handful of specific foods or not eating enough overall can have health consequences for any child. Research shows some of these are especially likely in those with ASD.

Nutritional deficiencies are a common concern. Research has found that kids with autism often get too little of certain micronutrients, particularly vitamins A, B1, B6, B12, and D. There's also evidence children with ASD often don't get enough calcium—which when paired with low levels of vitamin D can affect the health of growing bones.

Obesity is another concern. Many children with ASD tend to prefer foods that are high in fat and calories, such as chicken nuggets, hot dogs, cake, fries, pizza, ice cream, and soda, which puts them at risk of being overweight or even obese.

To help your child with autism eat healthier, more varied foods, first take care of any health problems that may be affecting their choices or appetite. Once you’ve done that, you can address the other issues that may be impacting what and how they eat.

Introduce one food at a time: Don’t overwhelm your child with more than one new food in a sitting or even over the course of a week. Choose one food you’d like your child to learn to eat and serve it every day. It may takes weeks before they’ll even look at it, but the more often they’re exposed to it the less foreign it will seem.

Choose new foods strategically: Your child will be more likely to try a food that is similar to one they already enjoy. For instance, fans of crunchy cheese puffs may be open to carrots. Kids who’ll only eat chicken nuggets may be more likely to try roasted or grilled chicken than, say, salmon, as a healthier protein.

Place the new food strategically: Your child may feel more comfortable if it’s in a separate dish rather than directly on their plate.

Never try to trick your child into eating something new by hiding it in another food. They won’t learn to like it that way. More important, if they figure out that, say, you’ve been slipping cauliflower into the mashed potatoes, they may become suspicious of all foods.


Make tasting it an option, not an order: Let your child know the food is there if they want to try it but they don’t have to until they’re ready. Again, be prepared for this to take days, or even weeks.

Mix in favorite foods: Some children will be willing to try a new food if they also are offered a favorite one. Try telling your child they can take a bite of their favorite mac and cheese between every green pea they eat.

Savor it yourself: In fact, get the whole family on board. Your child will be more likely to try a new food if they see their parents, caregivers, siblings, and other people in the household eating—and enjoying—it.

Tell a story about the food: Make up a tale about the new food that focuses on how it can help the child grow stronger or that includes a favorite book or TV character eating and enjoying it.

Serve up plenty of praise: When your child finally takes a bite of a new food, make a big deal about it. This can be a general ”Good job!” or it can be more specific, as in “I love how you tasted those strawberries.”

If your best efforts aren’t helping with your child’s picky eating, you may need professional help. Ask your child’s healthcare provider if they can recommend a feeding specialist or feeding therapy program in your area.

If your child is under 3 and is receiving Early Intervention Services you may be able to fold feeding therapy into their program.

An Autism Speaks Autism Treatment Network center might also be able to guide you to a feeding therapist or program.

Children with autism are especially prone to picky eating and other behaviors that can affect their overall health and well-being. There are lots of reasons for this, including medical conditions that can cause a child to not feel hungry, extreme sensitivity to certain smells and textures, and an unwillingness to break out of patterns in order to try new things.

Parents can help a child learn to eat and even enjoy a more varied diet by introducing new foods in ways that make them comfortable. When that doesn’t work, they can work with a feeding specialist or feeding therapy center.

There’s no doubt about it: Trying to get a child with autism to eat a healthy, varied diet can be a challenge. Keep in mind that as frustrated as you may be, your child is likely to be equally frustrated. If you bring the same love and patience to the table as you do to other aspects of your child’s life, however, you should be able to wean your child from a limited and unhealthy diet to one that includes a wider variety of healthy and delicious foods. 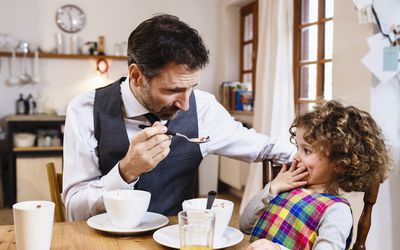 3 Connections Between Autism, Diet, and Behavior 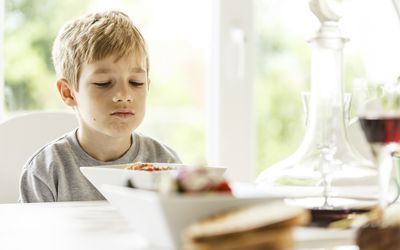 Why Your Child Isn't Eating 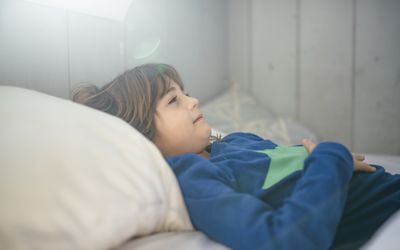 How to Detect and Address Gastrointestinal Issues in Children