Gonorrhea is a sexually transmitted infection (STI) caused by Neisseria gonorrhea. Gonorrhea is a bacterial infection that is spread through the mucous membranes of the mouth, eyes, vagina, and rectum.

According to the Centers for Disease Control and Prevention (CDC), gonorrhea is the second most common STI in the United States. In 2018 there were 1.6 million infections, with half of the infections in people ages 15 to 24.

When gonorrhea is left untreated it can develop into a body-wide infection called disseminated gonococcal infection (DGI). One of the symptoms of DGI is a rash. This article will cover how gonorrhea can spread throughout the body causing a rash and other symptoms. It will also discuss diagnosis, treatment, and prevention.

When a gonorrhea infection spreads to the bloodstream, it goes throughout the body, causing DGI. DGI can cause several serious illnesses, including:

Thankfully, DGI is rare. It only occurs in 0.4% to 3% of people infected with gonorrhea. However, a rash happens in 75% of people with DGI bacteremia. The rash can have the following types of lesions or spots:

Contact a healthcare provider if a gonorrhea infection is suspected. Prompt treatment can avoid developing DGI and the rash that can come with it.

Other Symptoms of Gonorrhea

Gonorrhea can be asymptomatic, meaning that there are no symptoms or signs of the infection.

People with penises who have gonorrhea symptoms from an infection in their urethra can have painful urination, discharge from their urethra, epididymitis, and testicular pain.

People with uteruses with gonorrhea symptoms often mistake the signs for a vaginal or bladder infection. The symptoms can include painful urination, vaginal discharge, and bleeding.

Symptoms of rectal gonorrhea infection include:

Gonorrhea is diagnosed with a urine specimen, swabbing of the area that is thought to be infected, or a bacterial culture.

Skin cultures from a gonorrhea rash are usually negative. A healthcare provider can determine which test is best as each has its benefits and limits.

It's important to see a healthcare provider for a diagnosis. Some symptoms could also be caused by other infections. For example, when someone is very sick and has septicemia (bloodstream infection) they can develop tiny red dots of blood under their skin. While this can be caused by gonorrhea, it can also be caused by Staphylococcus aureus, Escherichia coli, and certain types of Streptococcus.

Gonorrhea rash caused by DGI is treated with intramuscular injections (IM) or intravenous (IV) injections of the antibiotic Rocephin (ceftriaxone).

This treatment is different than the treatment used for uncomplicated gonorrhea infection. Any gonorrhea treatment will need to be prescribed by a healthcare provider.

A condom can reduce the risk of STI transmission when used correctly.

The only way to completely prevent gonorrhea and other STI infections is to avoid all forms of sex or to be in a monogamous relationship with a partner who has been tested for STIs and is known to not be infected.

Ask your healthcare provider or gynecologist about regular STI screenings. Gonorrhea is much easier to treat in it's early stages.

A gonorrhea rash is a rare but serious symptom of disseminated gonococcal infection (DGI). DGI is when a gonorrhea infection gets into the bloodstream and spreads throughout the body.

The rash can appear as small red spots or develop into larger fluid-filled blisters. Antibiotic treatment from a healthcare provider is the only way to treat gonorrhea.

Gonorrhea is a very common STI that can be easily treated if caught early on. When gonorrhea is left untreated it can develop into a much more serious infection that can cause infertility and eventually DGI.

A gonorrhea rash is a sign of a serious infection. Don't hesitate to talk to your healthcare provider about STI testing to get a prompt diagnosis and treatment. 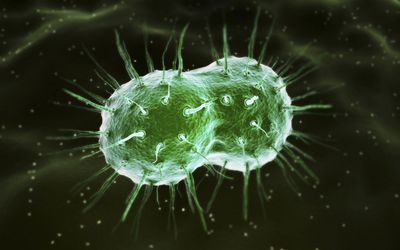 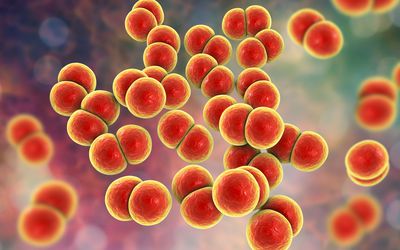 How to Diagnose and Treat Oral Gonorrhea