Healthcare reform has been in the news almost non-stop for the last few years, so if you're confused, you're certainly not alone.

This article will explain what's changed, what's stayed the same, and what you can expect in terms of your health insurance in 2023.

Note: This discussion mostly applies to individual/family health insurance. Although only a small fraction of the US population has individual market coverage, this is where the bulk of the headlines tend to focus, as it's the market that was most affected by the Affordable Care Act (ACA).

If you get your health coverage from your employer, they will provide details about any changes for the coming plan year, which may or may not follow the calendar year. And if you have government-run health insurance (Medicare or Medicaid), you'll receive communications either from the state or federal government, or from the insurer that manages your coverage (Medicare Advantage, Medigap, Medicare Part D, or a private Medicaid managed care plan).

The American Rescue Plan Made Subsidies Larger and More Widely Available; That's Still The Case for 2023

For millions of people who buy their own health insurance, the American Rescue Plan has increased the size of their premium subsidies and made the subsidies available to enrollees who previously didn't qualify. The larger subsidies are also available to millions of uninsured Americans and people who are enrolled in coverage outside the exchange, but only if they enroll in a plan through their state's health insurance exchange.

Most of the American Rescue Plan's subsidy enhancements were extended through 2025 by the Inflation Reduction Act. So these important changes to health insurance subsidies continue to be in effect for 2023 coverage:

From 2014 through 2022, the "family glitch" prevented some families from obtaining premium subsidies in the exchange. These families were eligible to enroll in employer-sponsored health coverage, but the premiums were unaffordable. However, their access to employer-sponsored health insurance made them ineligible for subsidies in the exchange, assuming the employee's self-only coverage met the definition of affordable (which is usually the case).

Fortunately for some families, the IRS finalized a fix for the family glitch in the fall of 2022. Starting with 2023 coverage, the employee's family members are potentially eligible for a subsidy in the exchange if the family's total premium for the employer-sponsored plan isn't considered affordable.

Some families will still find that they're not eligible for a subsidy, since subsidy calculations still depend on the total household income versus the cost of exchange/marketplace coverage for the family members who are enrolling through the exchange.

The new standardized plans have improved pre-deductible coverage, and uniform deductibles and cost-sharing for various benefits. This makes it easier for consumers to compare plans when shopping for health coverage through the exchange.

Several states that run their own health insurance exchange also have standardized plans available, although they are standardized according to state rules, rather than federal rules.

Open Enrollment for Individual/Family Health Insurance Continues Through January 15, 2023 in Most States

In most states, however, you do still need to enroll or make a plan change by December 15 if you want your coverage to take effect January 1. Enrollments completed after December 15 generally have a February 1 effective date.

Individual Mandate Penalty No Longer Applies (in Most States)

Although efforts to repeal the ACA were unsuccessful, GOP lawmakers did succeed in repealing the ACA's individual mandate penalty as part of the tax bill that they passed in late 2017.

The penalty repeal took effect in January 2019, which means there is no longer a federal penalty for being uninsured in 2019 or future years.

But Massachusetts, New Jersey, DC, California, and Rhode Island have their own individual mandates, with penalties for non-compliance. (Vermont also has an individual mandate, but without a penalty for non-compliance). So if you're in one of those states and choose to go without coverage in 2023, know that you'll either have to qualify for an exemption from the penalty (details on those vary by state) or pay a penalty when you file your 2023 state tax return.

The Rest of the ACA Remains in Effect

Other than the individual mandate penalty repeal (and the repeal of a few of the ACA's taxes, including the Cadillac Tax), the ACA is still fully in effect.

Cost-sharing subsidies continue to be available for 2022, despite the fact that the federal government stopped reimbursing insurers for that cost in late 2017. Insurers in most states have incorporated the cost of providing cost-sharing subsidies into the premiums they charge. In most cases, the cost has only been added to silver plan rates, which results in larger premium subsidies for everyone who gets premium subsidies.

Millions of uninsured Americans were already eligible for free (ie, no monthly premiums at all) health coverage, due in part to these larger premiums subsidies. And millions of additional people are eligible for premium-free coverage as a result of the American Rescue Plan.

The maximum out-of-pocket limits apply to all non-grandfathered, non-grandmothered health plans, including large group plans and self-insured plans. These plans do not have to cover the ACA's essential health benefits, but to the extent that they do (and most of them do), they cannot have out-of-pocket exposure above $9,1700 for 2023.

Unlike 2017 and 2018, when individual market health insurance premiums increased significantly, average pre-subsidy premiums increased by less than 3% nationwide for 2019, were essentially flat for 2020, increased only slightly for 2021, and increased by about 3.5% for 2022. In other words, overall premium changes in the individual/family market were very modest for several years in a row.

For 2023, the average premium increase was a little larger, at about 6% nationwide. And for the first time in five years, overall average premiums for the benchmark plan (the second-lowest-cost silver plan in each area) increased for 2023 in the 33 states that use HealthCare.gov, growing by an average of 4%.

As is always the case when it comes to individual health insurance, there are significant variations from one state to another, and even from one area to another within the same state. But in general, benchmark premiums are a little higher for 2023, and overall average premiums (for existing plans; not counting new entrants to the market) increased by a bit more.

Premium subsidies are based on the cost of the benchmark plan. And when benchmark premiums increase—with all other factors remaining unchanged—premium subsidies increase as well. So enrollees who receive premium subsidies may find that their subsidy amounts are larger in 2023 than they were in 2022. However, depending on how the pre-subsidy cost of their own plan changed, their total after-subsidy premium could have increased or decreased.

In April 2017, HHS finalized the market stabilization rule, which implemented several changes that apply to people who buy individual market coverage, on or off-exchange.

Some of these changes are no longer applicable as of 2023:

Benefit and coverage changes in the individual and small group market apply for 2023 just as they have in past years, with adjustments to deductibles and out-of-pocket limits, along with provider networks and covered drug lists.

And there are new insurers offering plans in the exchanges in many states for 2023, along with some insurers that have exited the exchange market. All of this annual upheaval makes it particularly important for enrollees to actively compare available plans anytime they have an opportunity to enroll (during open enrollment or a special enrollment period triggered by a qualifying life event), and select the one that offers the best value, instead of opting for auto-renewal.

Short-Term Plans Continue to Be Available in Most States

In 2018, the Trump administration made changes to the rules that apply to short-term limited-duration health plans (STLDI). The changes make the plans more readily available as a substitute for regular ACA-compliant individual market health insurance. But buyers need to beware: The cheaper prices that apply to short-term plans are a result of less robust coverage—you get what you pay for.

Because the new federal rules serve as minimum standards and states are allowed to impose stricter rules, the rules now vary considerably from one state to another. In 11 states and DC, there are no short-term plans available. And there are numerous other states where short-term plans are available but must meet stricter rules than those imposed by the Trump administration.

In Idaho, "enhanced short-term plans" debuted for 2020 and continue to be available for 2023. These plans are much more robust than traditional short-term plans, and can be thought of as a middle-ground between short-term coverage and ACA-compliant coverage.

Most of the healthcare reform debates in recent years have centered around the individual market, the small group market, and Medicaid expansion under the ACA (which accounts for more than 21 million people, but still just a fraction of the total Medicaid population).

For people who get their insurance from large employers, Medicare, or Medicaid (taken together, that's most of the population), the changes for 2023 are generally the same sort of changes that happen each year.

But Medicaid eligibility redeterminations and disenrollments will resume in April 2023, after being paused for three years due to the COVID pandemic. Medicaid enrollees will want to pay close attention to communications they receive from the state Medicaid agency in 2023, as renewals will need to be processed for all enrollees in the 12-month window that begins in April 2023.

For 2023 health coverage, there are additional insurers offering health plans through the marketplaces in many states. And the American Rescue Plan's subsidy enhancements remain in effect for 2023, making coverage more affordable than it was prior to 2021. The "family glitch" has been fixed, and standardized health plans are once again available through HealthCare.gov. Insurers can no longer require applicants to pay past-due premiums before effectuating new coverage, and the de minimus ranges for health plan metal levels have been tightened up as of 2023. Open enrollment for individual/family plans has been extended through January 15, 2022 in most states.

If you buy your own health insurance or are currently uninsured, the annual open enrollment period is your opportunity to secure coverage for 2023. Premium subsidies are larger and available to more people than they were prior to 2021, thanks to the American Rescue Plan and Inflation Reduction Act. You may find that you're eligible for premium-free coverage, or for coverage that costs just a few dollars a month, depending on your financial situation.

If you missed open enrollment, you may find that you can still enroll later in 2023, if you experience a qualifying life event. 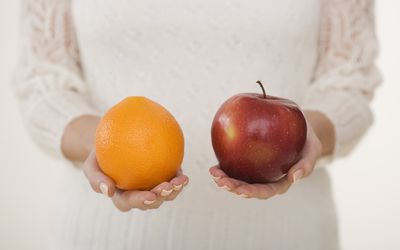 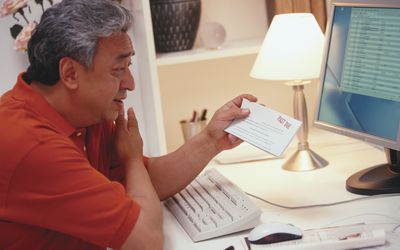