Adrienne Dellwo
Adrienne Dellwo is an experienced journalist who was diagnosed with fibromyalgia and has written extensively on the topic.
Learn about our editorial process
Medically reviewed
Verywell Health articles are reviewed by board-certified physicians and healthcare professionals. These medical reviewers confirm the content is thorough and accurate, reflecting the latest evidence-based research. Content is reviewed before publication and upon substantial updates. Learn more.
by
Richard N. Fogoros, MD

Chronic fatigue syndrome (ME/CFS) involves a lot more than fatigue. In addition to a few dozen possible symptoms, this disease is also linked to certain heart abnormalities. Does that mean you have to worry about developing heart disease? Not necessarily. However, you should watch out for signs of heart disease and do what you can to lower your risk.

The incident rate of heart disease is higher in people with ME/CFS than in the general population, and the association may be more than incidental.

One study published in the journal Fatigue in 2016 reported a mean age of 58.8 years for deaths related to heart failure in people with ME/CFS. That's about 25 years younger than the mean age of cardiac-related death overall. While no one can know for sure which factors may have contributed to this result, some studies suggest that ME/CFS could be linked to insufficient heart function.

Heart irregularities noted in ME/CFS, include:

These irregularities may, in fact, explain some of the key symptoms of ME/CFS. They also suggest that people living with ME/CFS may need to work harder than others to maintain good heart health.

Two studies conducted in 2009 and 2010 reported that people with ME/CFS had lower-than-normal blood volume.

Moreover, the lower the blood volume, the more severe the case of ME/CFS. Many scientists now believe that low blood volume contributes to many of the symptoms of ME/CFS.

Your heart has four chambers, and the ones that pump blood out of the heart are called the ventricles.

A 2011 study found that some people with ME/CFS have a smaller left ventricle.

People with CFS tend to have lower intravascular volume than normal. Because blood return to the heart is subsequently reduced, the left ventricle accommodates to the lower volume, and the cardiac volume is reduced.

The symptom of dizziness upon standing is called orthostatic intolerance (OI).

Normally, when we get up from a seated or lying position, our blood pressure will go up for just a minute to counter gravity and keep the blood flowing to the brain. When you have OI, this doesn't happen, and it makes you feel dizzy—or even faint—when you stand up.

Postural tachycardia is about three times more common in people with ME/CFS than in the general population.

A study conducted in 2011 looked into sleep patterns in people with ME/CFS in order to better understand the common symptom of unrefreshing sleep. They found, that people with ME/CFS had little variation in their heart rate from day to night, a condition known as low heart rate variability (HRV).

A low night-time HRV suggests that there may be a problem with the regulation of the heart's natural pacemaker (called the sinus node). This is in line with the theory that ME/CFS could be caused, at least in part, by flaws in the autonomic nervous system, which regulates automatic functions such as breathing, digestion, and heart rate.

A QT interval is a term used to describe the space between certain up-and-down beats on an electrocardiogram (ECG) ​readout. A short QT interval means that your heart is beating normally, but has less chance to recover after a heartbeat.

A short QT interval is typically considered a genetic disorder and is associated with the increased risk of sudden cardiac death. Short QT intervals have been reported in patients with CFS, but it is not clear that their incidence of short QT intervals is actually higher than in the general population.

What the Research Tells Us

Cardiac anomalies could partially explain why a small amount of exertion can wipe out someone with ME/CFS.

While the studies suggest that abnormalities of the heart and nervous system contribute to the high rates of cardiac failure in people with ME/CFS, that doesn't mean they're the only factors. Other factors such as weight and sedentary lifestyle may contribute as much or even more.

In the end, most of these studies are small and need far more investigation. What they should highlight, however, is the increased need to monitor the cardiac health of people living with ME/CFS. This is especially true for those with severe symptoms, as well as anyone who has risk factors for cardiac disease (including smoking, obesity, and a lack of exercise).

If you have ME/CFS, talk to your healthcare provider about heart health, any symptoms you have, and what you can do to lower your risk of cardiac disease. 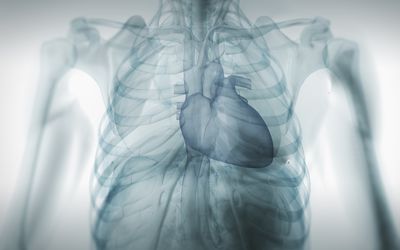 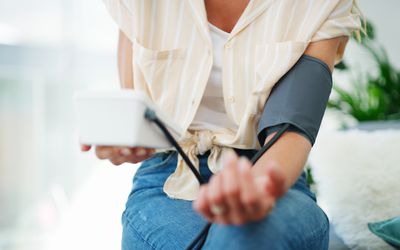 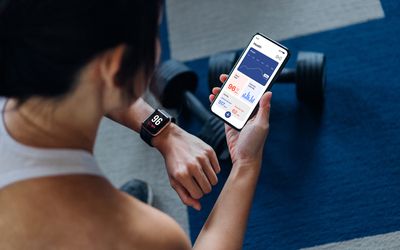 What Is Considered a Dangerous Heart Rate?