There are several potential causes of heart failure, all of which have the common thread of weakening the heart. Heart failure can be caused by cardiovascular issues such as heart attack, coronary artery disease (damage to the inside of the blood vessels of the heart), and hypertension (high blood pressure), as well as other diseases and conditions, such as diabetes and obesity.

Lifestyle factors, such as smoking and lack of activity, play a significant role, as they are often what give way to some of these concerns. A genetic condition, hypertrophic cardiomyopathy, is a fairly common cause as well.

The strain on the heart muscles over a long period of time hampers efficient blood flow to the point that there's a buildup of fluid in the heart and lungs, and eventually, excess fluid in the extremities.

Symptoms such as shortness of breath, fatigue, and edema (swelling in the hands and feet) are the result of the weakened heart function characteristic of heart failure.

Of the causes of heart failure, the most significant ones are preceding heart conditions. Some often occur together and may cause one another. For example, hypertension contributes to coronary artery disease, which leads to heart attacks.

The most common cardiovascular concerns that cause heart failure are:

CAD (coronary artery disease): Coronary arteries are the blood vessels that supply the heart with nutrient and oxygen-containing blood. CAD describes a process by which the inside of the coronary arteries become narrow, stiff, and irregular. These unhealthy blood vessels become prone to the accumulation of cholesterol, debris, and blood. Eventually, they can become obstructed by blood clots, causing a heart attack.

MI (myocardial infarction): Myocardial infarction occurs when a blood clot completely blocks one or more of the coronary arteries, interrupting blood flow to a section of the heart. Once areas of the heart muscle are deprived of blood, they may never function the same way again, becoming weaker in the sections affected by the heart attack. This makes the heart pumping function less effective, leading to heart failure.

Weakened heart muscles tend to stretch and, as a result, the pumping chambers of the heart, most typically the left ventricle, become dilated (enlarged). A dilated ventricle holds a greater volume of blood, so more blood can be ejected with the heart's relatively weak pumping action.

In addition, pressures inside the heart increase, causing fluid to back up in the lungs, producing lung congestion. Cardiac arrhythmias (irregular heartbeats), which may be life-threatening, are also common in people with dilated cardiomyopathy.

Aortic valve stenosis: Aortic stenosis is narrowing of the aortic valve, which greatly increases the pressure and the stress within the heart's left ventricle. This leads to heart failure over time.

Consequently, the amount of blood that is pumped with each heartbeat is relatively reduced, resulting in fatigue and poor exercise tolerance. Blood that is unable to fill the heart "backs up" into the lungs, producing pulmonary congestion.

Without treatment, young children with congenital heart conditions may develop heart failure within a few years.

Surgical repair or heart transplantation is often considered as a therapeutic option to mitigate the excess strain on the heart muscles, in addition to the impact of the primary defect.

While it's clear to see how diseases and conditions that specifically relate to the heart lead to heart failure, there are other causes that may be less obvious.

Diabetes: People with diabetes have a much higher incidence of heart failure. While diabetes does contribute to conditions such as CAD and MI, it also can more directly cause a diabetic cardiomyopathy. Diabetes can cause dysregulation of several cellular mechanisms in the heart leading to cardiomyopathy.

Chemotherapy: Certain powerful medications used in the treatment of cancer, especially Adriamycin (doxorubicin), can cause cardiac toxicity that leads to heart failure.

Unlike many of the other risk factors, chemotherapy can cause heart failure quickly.

Childbirth: Peripartum cardiomyopathy is a type of heart failure associated with childbirth. While this condition usually resolves with aggressive treatment, it produces a long-term high risk of developing heart failure in the future, especially with future pregnancies.

Sleep apnea: Sleep apnea is a condition that is characterized by brief interruptions of breathing during sleep. While sleep apnea is not usually fatal, long-term untreated sleep apnea contributes to a number of serious health conditions, such as heart failure. The exact mechanism for this link is not completely clear.

Understanding the genetic underpinnings of heart failure is growing. Hereditary influence on your tendency to develop heart failure is a concern, but so is an inherited condition that is known to be genetic, called hypertrophic cardiomyopathy. And, as mentioned, childhood heart conditions of a genetic nature can also lead to heart failure.

Genetic predisposition: Research has shown that heart failure is often to some degree a hereditary condition. However, the link between the diversity of symptoms, the disease prognosis, and the specific genes has not been well established.

Around 100 genes have been identified as being associated with heart failure.

Hypertrophic cardiomyopathy: This genetic condition is characterized by thickening of the heart muscle. It can begin to produce symptoms during childhood, adolescence, or adulthood. The stiffness impairs the filling of the heart and can lead to episodes of extreme shortness of breath, especially during exercise.

The thickening of the heart muscle can also cause an obstruction in the left ventricle, similar to that seen with aortic stenosis. Some people with hypertrophic cardiomyopathy have an increased risk of sudden death.

In general, lifestyle factors contribute to some of the heart conditions that precede and cause heart failure, not directly to heart failure itself.

Obesity: Adults and young adults who are obese are at increased risk of developing heart failure. This is partially due to the fact that the heart has to work harder to supply the body with sufficient blood when you are overweight.

Obesity is also a risk factor for diabetes, hypertension, and CAD, all of which lead to heart failure.

Smoking and drug use: In general, it is well known that smoking is one of the risk factors for MI, and this is at least partially due to the fact that the habit contributes to CAD. Drugs, such as methamphetamine and cocaine, have also been linked to heart failure.

Sedentary lifestyle: Prolonged inactivity, which is usually described as sitting for long periods of time on a regular basis, has been shown to increase the chances of heart failure.

Moving more throughout the day and getting regular exercise (defined as four to five sessions per week) has been associated with a lower incidence of heart failure.

Cardiac and respiratory fitness: This describes the ability of the heart and lungs to function efficiently. You can develop your cardiac fitness by regularly taking part in activities that increase your heart rate, which strengthens your heart muscles over time, allowing them to pump with greater power.

You can improve your respiratory fitness by regularly taking part in activities that cause you to breathe faster, which trains your lungs to take in oxygen to your body more efficiently.

How Heart Failure Is Diagnosed
11 Sources
Verywell Health uses only high-quality sources, including peer-reviewed studies, to support the facts within our articles. Read our editorial process to learn more about how we fact-check and keep our content accurate, reliable, and trustworthy.
Additional Reading 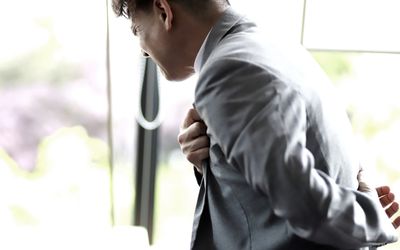 What Is Heart Failure With Preserved Ejection Fraction? 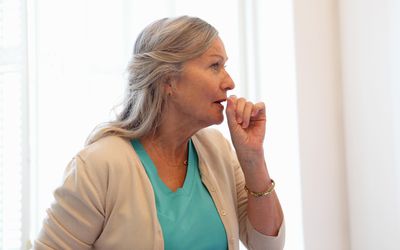