Lisa Jo Rudy
Lisa Jo Rudy, MDiv, is a writer, advocate, author, and consultant specializing in the field of autism.
Learn about our editorial process
Medically reviewed
Verywell Health articles are reviewed by board-certified physicians and healthcare professionals. These medical reviewers confirm the content is thorough and accurate, reflecting the latest evidence-based research. Content is reviewed before publication and upon substantial updates. Learn more.
by
Steven Gans, MD

Autism is a developmental disability of variable severity that affects social interaction and communication. Autistic people tend to have restricted or repetitive patterns of thought and behavior. It is not an illness but a type of neurodivergence.

Rather than using functioning labels, the Diagnostic and Statistical Manual of Mental Disorders, fifth edition (DSM-5) uses three levels of autism to diagnose the severity of impairment. The levels are:

This article discusses the differences between high- and low-functioning autism. It also explains why autism functioning labels are problematic in the autistic community.

What Is Low-Functioning Autism?

People with level 3 or low-functioning autism have severe deficits in social communication, extreme difficulty coping with change, and other restrictive behaviors that cause severe impairments in functioning.

While every autistic person is different, people with level 3 autism may be mute or have few words of intelligible speech. They rarely initiate social interactions and may have minimal response to social overtures from others.

These challenges make it very hard for people with level 3 autism to complete day-to-day tasks, like taking care of themselves or working.

What Is High-Functioning Autism?

People with level 1 or high-functioning autism are often able to function far more independently than those with more severe autism. They too have challenges with social communication, but typically have strong language skills. They tend to be rigid or inflexible and have difficulty with transitioning between activities.

While people with level 1 ASD are often considered high-functioning, difficulties with social communication and restrictive or repetitive behaviors can cause significant interference in day-to-day functioning.

Asperger syndrome is an outdated term for a subtype of level 1 autism, named after Hans Asperger, the doctor who first identified it in the 1940s.

People with Asperger's tend to have high intelligence and obsessive special interests they may research to a high degree of expertise. Asperger's can cause difficulty interacting socially, repetitive behaviors, and clumsiness.

The term Asperger's is no longer used and is, in some circles, considered offensive. Research shows Dr. Asperger had ties to the Nazi party, publicly supported "race hygiene policies," and cooperated with the child ‘euthanasia’ program.

Autistic functioning labels are often used as short-hand to describe how severely a person is impacted by ASD. However, these terms can be very misleading, and people in the autistic community feel they are harmful.

Functioning labels do not provide useful information about where they'd do best in school, because intelligence, noise tolerance, anxiety, and social communication all must be considered.

Neither term gives you useful information about whether they can function successfully in a public venue. Someone who's "low-functioning" may be able to sit and enjoy a movie, while someone described as "high-functioning" may not be able to manage the sensory challenges.

In addition, neither term identifies the likelihood of aggressive behavior. While relatively rare, aggression occurs in autistic people at all levels of severity. Even people with very high-functioning autism, who have strong language skills, can "meltdown" under certain circumstances.

Despite problems inherent in the terms high- and low-functioning autism, they are in common use, usually by people who are not autistic. They're often used to describe the degree to which someone on the autism spectrum is (or appears to be) similar to neurotypical people.

In other words, autistic people who are or appear to be closer to "normal" are considered to be high-functioning. For example, many people define a high-functioning person with autism as:

People tend to identify someone with low-functioning autism as:

All of these distinctions, however, are artificial, and they're by no means absolute. That's because autistic people behave differently in different situations, and every individual has a range of strengths and challenges.

A neurodivergent person thinks and reacts in ways that are outside of what is considered "normal," or neurotypical, which can lead to meaningful insights and abilities.

Symptoms and Challenges of Severe Autism

The terms high-functioning and low-functioning autism are outdated phrases that can be misleading. Instead of using functioning labels, the DSM-5 now includes three levels of autism based on necessary levels of support.

However, regardless of the level of autism, the person's need for support can vary for many reasons and may be inconsistent from one day to the next. For example, the same child may need minimal support in the home, significant support at school, and a great deal of support in a new, unstructured social situation.

Perhaps the most important reason to not functioning labels is actually autistic adults say these labels are misleading and harmful and increase the stigma and misperceptions of autism.

Raising a Child With Autism
7 Sources
Verywell Health uses only high-quality sources, including peer-reviewed studies, to support the facts within our articles. Read our editorial process to learn more about how we fact-check and keep our content accurate, reliable, and trustworthy. 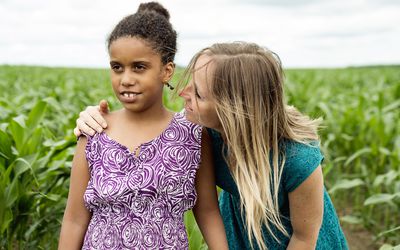 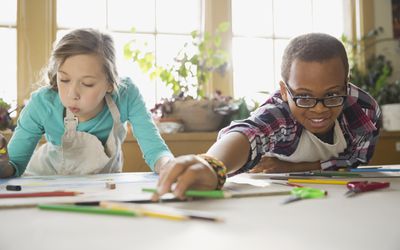 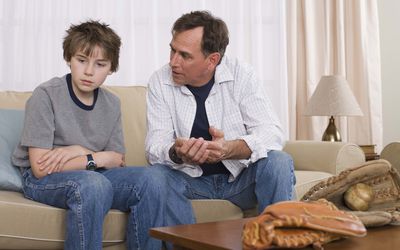