Prior to the Affordable Care Act, high-risk pools operated in the majority of the states, providing coverage to people who were unable to obtain health insurance due to their medical history. This article will explain how these pools worked, why they were necessary, what's changed as a result of new federal rules, and why some states still have operational high-risk pools.

Under the ACA, individual market insurers are no longer allowed to use medical underwriting, so people cannot be rejected due to their pre-existing conditions. As a result, the need for high-risk pools is much less pressing than it once was. There are several states, however, where high-risk pools still provide important supplemental coverage for some Medicare beneficiaries.

Pre-Existing Conditions: A Look Back

Most Americans get their health insurance through their employer or a government program such as Medicaid, Medicare, and CHIP.

But as of 2022, more than 14.5 million people obtained their own health insurance in the individual insurance market through the health insurance exchanges, and some people purchased similar policies through private channels (ie, "off-exchange").

The individual market offers plans for people who need to buy their own coverage for a variety of reasons. Some are self-employed, some have retired prior to Medicare eligibility, some are employed by a small business that doesn't offer employer-sponsored health insurance.

Prior to the Affordable Care Act, people who bought their own health insurance didn't get the same guaranteed-issue provisions enjoyed by people who obtained their coverage from an employer or a government-run program. HIPAA rules, implemented in the 1980s, ensured that a person could switch from one employer-sponsored plan to another, regardless of medical history.

But those rules did not extend to the individual market. When people purchased coverage on their own, insurers in all but five states could use medical underwriting to determine whether the applicant was eligible for coverage—and if so, at what price.

So if an applicant was healthy, obtaining individual market coverage was a straightforward process. But for applicants with significant pre-existing conditions, it was much more complicated. Some conditions, such as MS, invasive cancers, Hemophilia, Crohn's disease, and even significant obesity would invariably result in the application being rejected by every individual market insurer.

So people with pre-existing conditions often found themselves tied to a job that offered health insurance, and unable to take an entrepreneurial path or even work for a small employer that didn't offer health insurance.

States created high-risk pools, mostly in the 1980s and 90s, as a solution to this problem. They were far from perfect, but definitely better than nothing.

By the time the ACA was being debated, 35 states had created special programs for residents who were denied coverage (or offered a plan at a higher price or with specific pre-existing condition exclusion riders) by private insurers because of health-related issues. These high-risk pools were created to ensure that individuals would be able to enroll in a health plan regardless of their health status.

But the specifics varied considerably from one state to another in terms of pricing and plan availability.

High-risk health plans were very expensive for a state to operate. Because of that, high-risk pools generally charged premiums that were well above the average cost of a comparable policy sold in the private individual market (generally 125% to 200% of the cost of a private plan).

The state would also have to cover a significant portion of the costs via state revenue and assessments on health insurance companies that offered private plans within the state.

And high-risk pools also tended to have benefit caps, often in the range of $1 million, that people with particularly high-cost medical conditions would sometimes meet, causing their coverage to terminate.

High-Risk Pools and the ACA

The ACA largely eliminated the need for high-risk pools, by requiring individual market health insurers to accept all applicants (during open enrollment or a special enrollment period), regardless of medical history.

The ACA was enacted in 2010, but the provisions requiring insurers to stop using medical underwriting didn't take effect until 2014. So for the interim, the ACA created its own high-risk pools, known as the Pre-existing Condition Insurance Plan (PCIP), which allowed people with pre-existing conditions to obtain coverage prior to 2014.

PCIP coverage ended in early 2014, once guaranteed-issue individual coverage was available via private health plans in every state.

The majority of the state-run high-risk pools that operated prior to the Affordable Care Act have ceased operations now that residents can obtain coverage under private plans instead. But some high-risk pools have remained operational.

One important reason for this? Medigap plans (Medicare Supplement plans) are not guaranteed issue in most states after a person's initial six-month enrollment window closes. So if a person enrolls in Medicare but not Medigap, and then wants to obtain a Medigap plan a few years later, insurers in most states can use medical underwriting to determine eligibility and pricing.

In addition, federal law does not require Medigap insurers to offer any sort of guaranteed-issue coverage to Medicare beneficiaries who are under age 65 and eligible for Medicare due to a disability (this accounts for about 12% of the more than 64 million people with Medicare).

Most states have implemented rules requiring Medigap insurers to offer at least some plans on a guaranteed-issue basis to Medicare beneficiaries who are under the age of 65.

But several states rely on their pre-ACA high-risk pools to offer Medicare Supplement coverage to people who are unable to qualify for a Medigap plan in the private market, due to pre-existing conditions. They include Alaska, Iowa, Nebraska, New Mexico, North Dakota, South Carolina, Washington, and Wyoming.

In each of these states, at least one private Medigap insurer also allows disabled Medicare beneficiaries to enroll in Medigap plans, but the state's high-risk pool provides an additional option. Monthly premiums for high-risk pool coverage to supplement Medicare coverage varies considerably across those eight states.

Prior to 2014, in most states, people with pre-existing conditions faced obstacles if they tried to enroll in individual/family (non-group) health insurance. The insurers could exclude their pre-existing conditions, charge them higher premiums, or decline the application altogether, depending on the person's medical history.

To address this, the majority of the states created state-run high-risk pools that these people could use for their health coverage. But the coverage tended to be expensive, and to have high out-of-pocket costs and lifetime benefit caps that were sometimes inadequate.

The ACA changed the rules in 2014, requiring all individual/family plans to be guaranteed-issue during open enrollment and special enrollment periods, just like employer-sponsored insurance. Pre-existing conditions can no longer be excluded, and premiums cannot vary based on medical history.

So high-risk pools are largely unnecessary today. But some states have maintained them in order to provide supplemental coverage to people with Medicare who are unable to enroll in medically-underwritten Medigap plans.

If you had a pre-existing medical condition prior to 2014 and didn't have access to a government-run or employer-sponsored health plan, you may have been well aware of how high risk pools worked. Fortunately, high-risk pools are no longer necessary in most cases. But if you or a loved one are disabled and enrolling in Medicare prior to age 65, you might find that a state-run high-risk pool is your best choice for supplemental coverage, depending on where you live. 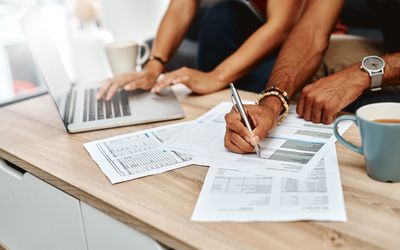