Arthritis and HIV: Is There a Connection?

Is there a connection between HIV and arthritis? How common are rheumatic diseases in people with HIV and what special problems might they face with regard to the treatment? When should people with joint, muscle, or arthritis pain be tested for HIV/AIDS?

HIV (human immunodeficiency virus), the virus which causes AIDS (acquired immune deficiency syndrome) can also cause many of the common symptoms of arthritis and rheumatic diseases, and this association was noted only three years after the discovery of the virus. This virus can cause:

Yet, in addition to causing joint and muscle pain, HIV/AIDS is associated with several discrete rheumatic conditions.

Rheumatic diseases may occur before or after a diagnosis of HIV.

In someone who has not been diagnosed with HIV, the new onset of a rheumatoid condition may suggest the presence of an infection. In fact, it's thought by some that systematically screening people with rheumatic diseases for HIV may be lifesaving in detecting early HIV infections, even without risk factors for HIV/AIDS. According to the American College of Rheumatology, "HIV-associated rheumatic diseases may precede the diagnosis of HIV." If a person is at high risk for the HIV virus and presents with symptoms of painful joints, painful muscles, or other rheumatic symptoms, testing for the HIV virus could confirm or rule out the diagnosis of HIV.

Likewise, in someone who has been diagnosed with HIV and has joint-related symptoms, a workup for rheumatoid conditions should be considered.

HIV-associated rheumatic diseases can affect any age group, race, or gender, but most commonly affects people between 20 and 40 years of age.

Why Are Rheumatic Diseases More Common in People With HIV/AIDS?

While it's clear that rheumatic diseases are more common in people with HIV/AIDS than the general population, the exact reason for this isn't clear. There are several possible theories. One is that the rheumatoid conditions fare related to the infection with HIV itself. Another thought is that rheumatic conditions may be triggered by the changes in the immune system associated with HIV. Yet another idea is that the rheumatic symptoms may be related instead to the opportunistic infections which are common in HIVAIDS. Since the difference between HIV and AIDS, as well as an understanding of opportunistic infections, is confusing, let's take a look at these questions before reviewing possible treatment options.

What's the Difference Between HIV and AIDS?

Many people automatically equate HIV with AIDS. However, HIV and AIDS are separate clinical entities. Specifically, a person is initially affected by the HIV virus, but it may take a few years to develop AIDS. Furthermore, because the treatments for HIV/AIDS has advanced significantly, many people with HIV who vigilantly take daily antiretroviral treatments have a good chance of never decompensating to a point where they develop AIDS; they may go on to live otherwise healthy lives.

HIV infection attacks CD4 cells (T cells) which help our bodies fight off infection. When CD4 cell counts fall to below 200 cells/cubic millimeter, a person develops AIDS. Alternatively, a person can develop AIDS if they develop an opportunistic infection.

In addition to the rheumatic conditions described above, side effects of HIV medications can also lead to bone, joint, and soft tissue conditions such as:

That said, the treatment of rheumatic diseases in people with HIV can be very challenging.

Immunosuppressive medications (drugs which suppress the immune response) such as Imuran and methotrexate are commonly used for rheumatic diseases, but these treatments may be contraindicated (should not be used) in people with an HIV infection )as HIV also result in immunosuppression). In theory, there is concern that this combination could compound the effects of immunosuppression, but there is not a lot of information about the safety of this practice.

HAART (Highly Active Anti-Retroviral Therapy), has been effective in treating rheumatic problems associated with HIV. In this approach, treatment of HIV alone may improve the symptoms of a rheumatoid condition.

People with HIV-associated rheumatic diseases may also benefit from treatment with pain medications and anti-inflammatory drugs to reduce the symptoms of their rheumatic condition.

There are several key points to note when discussing the association of HIV and rheumatic diseases. These include:

As noted, the new onset of a rheumatic disease should prompt testing for HIV in people who may be at risk of the infection. Conversely, people with HIV should be observed closely for the presence of rheumatoid conditions. To make this even more confusing, any rheumatic disease may occur without an HIV infection and it may not be known whether the disease would have occurred alone or if it is associated with the infection.

If you have HIV and a rheumatoid condition, it's important to work with infectious disease and rheumatology specialists who are comfortable treating the two conditions together, and who can work together to formulate a plan and monitor your progress. 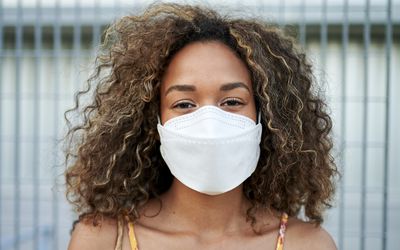