While the hazards of smoking are well known for anyone who lights up a cigarette, they are arguably far worse for people living with HIV.

Consider, on the one hand, that HIV causes a persistent inflammation that translates into higher rates of both HIV- and non-HIV associated illnesses. Now add to the burden of smoking and its impact on the lungs, heart, and other organs systems, and it’s easy to see why cigarettes are today considered the single greater contributor to ill health and premature death in HIV-infected individuals—even those on fully suppressive antiretroviral therapy.

What makes this all the more concerning is the fact that the rate of smoking among people with HIV in the U.S. is twice that of the general population. Today, study after study has shown that smoking not only profoundly decreases life expectancy in people with HIV, it increases the risk of illness and even disease transmission.

People With HIV Lose More Years to Smoking Than HIV

Irrespective of whether you are on HIV therapy or not, research from the University of Copenhagen has concluded that smoking as an independent risk factor is associated with loss of life of more than 12.3 years when compared to smokers in the general population.

The research, which included 2,921 people with HIV and 10,642 non-infected individuals, further concluded that the mortality rate in smokers with HIV was more than thrice than that of their non-infected counterparts.

When comparing smoking and non-smoking individuals with HIV, the disparity becomes even greater. According to the study, the median life expectancy for a 35-year-old smoker with HIV was 62.6 years compared to 78.4 years for a non-smoker with HIV—a loss of over nearly 16 years.

Emphysema and lung cancer have long been associated with cigarette smoking, and its impact on people with HIV is seen to be far more dangerous than earlier imagined.

What makes the figures all the more dismaying was the fact that these increases occurred irrespective of a person’s CD4 count, viral load, disease history, or whether or not the person was on antiretroviral therapy.

Death rates among smokers with HIV were also higher, with only a 10% lung cancer survival rate compared to 40% of smokers in the general population.

Your Risk of Heart Attack and Stroke Is Doubled

Whether smoking or not, heart disease remains a serious concern in persons with long-term HIV infection. According to the U.S. Veterans Administration, smoking as an independent risk factor is associated with a two-fold increase in the risk of heart attack in people with HIV when compared to the general population.

This appears to be true even for persons on successful antiretroviral therapy (ART), with a 2016 study by researchers at Massachusetts General Hospital concluding that ART alone was not sufficient in reducing elevated arterial inflammation associated with heart disease.

If you are a person with HIV who smokes, the outcomes are even worse, with more than twice risk of a heart attack or stroke when compared to persons with HIV who never smoked.

That doesn’t mean, however, that things can’t be turned around. The same study has shown that by stopping cigarettes, the risk of acute heart disease dropped by nearly half within the course of three years.

Smoking Increases the Risk of Passing HIV to Your Baby

Both in the developed and developing worlds, medical interventions to prevent mother to child transmission of HIV (PMTCT) have been enormously effective.

In the U.S., the incidence has dropped to around 100 new cases per year, while even in South Africa—the country with the highest number of HIV infections in all of the world—we’ve seen the incidence rate drop from 30% before the initiation of PMTCT in 2001 to just 2.7% by 2010.

However, the success seen on a population scale does not necessarily reflect what happens on an individual basis if an HIV-positive mother smokes. A large-scale investigation conducted by researchers at the Mothers and Infants Cohort Study (a four-year, study conducted in Brooklyn and the Bronx, New York) investigated the implications of smoking in prenatal HIV transmission rates.

These increases were associated with the pre-term rupture of membranes. Particularly in mothers who have not been treated for HIV prior to delivery (or haven’t a fully suppressed viral load while on treatment), such ruptures can dramatically increase the likelihood of transmission to the unborn child. 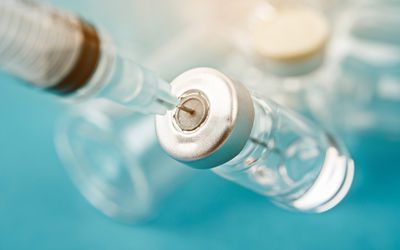