A retrovirus is a type of RNA virus. RNA viruses have genes encoded in RNA instead of DNA. Like other viruses, retroviruses need to use the cellular machinery of the organisms they infect to make copies of themselves. Infection by a retrovirus, however, requires an additional step.

Retroviruses are "retro" because they reverse the direction of the normal gene-copying process. Usually, cells convert DNA into RNA so that it can be made into proteins. But with retroviruses, the process has to start by going backward.

This article looks at how retroviruses work. It also provides some examples of known retroviruses.

A retrovirus replicates itself by first reverse-coding its genes into the DNA of the cells it infects. It does this with an enzyme called reverse transcriptase.

Retroviruses use reverse transcriptase to transform their single-stranded RNA into double-stranded DNA. DNA molecules store the genetic information of human cells and cells from other life forms.

Once transformed from RNA to DNA, the viral DNA is integrated into the genome of the infected cells. When this happens, the cells are tricked into copying these genes as part of the normal replication process.

The cell can also transcribe the DNA back into RNA as the first step in making viral proteins.

Retroviruses are sometimes used as gene delivery methods in gene therapy. This is because these viruses are both easy to modify and easily integrated into the host genome.

This means that, in theory, retroviruses can be used to make cellular machinery to produce proteins in an ongoing way. For example, scientists have used retroviruses to help diabetic rats make their own insulin.

Many retroviruses have been identified that infect non-human animals. Only a few retroviruses are known to cause illness in human beings, however. The most well-known of these are HIV and human T-cell lymphotropic virus.

The human T-cell lymphotropic virus 1 (HTLV-1) is another example of a human retrovirus. HTLV-1 is associated with certain leukemias and lymphomas.

The retroviruses that infect humans are spread in bodily fluids. You may get them through sexual contact or exposure to infected blood or tissue. They can also be passed to a fetus during pregnancy or childbirth.

Reverse transcriptase inhibitors are a well-known class of HIV drugs. These drugs stop the HIV virus from integrating into the genome of the host cell. This, in turn, keeps the cell from making copies of the virus and slows the progression of the infection. Unfortunately, there are growing problems with resistance to many drugs in this class.

There is no recommended treatment for people with asymptomatic HTLV-1 infection. If adult T-cell leukemia-lymphoma (ATL) develops, treatment may include a combination of the antiretroviral drugs Retrovir (zidovudine) and interferon-alpha. Chemotherapy is not usually an effective treatment for ATL.

Other Types of Viruses

Other types of viruses include DNA viruses and non-retrovirus RNA viruses.

As the name suggests, DNA viruses have genes that are coded in DNA. Hepatitis B, human papillomaviruses, and many common respiratory viruses like adenoviruses are DNA viruses.

Retroviruses are unique because they replicate themselves by reverse-coding their genes into host cells. HIV is the most well-known retrovirus that infects human beings. Other retroviruses are known to infect different species.

Retroviruses are easy to modify and integrate into a host's genome, which makes them useful for gene therapy. 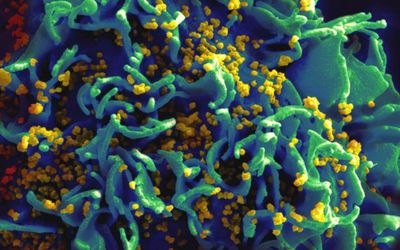 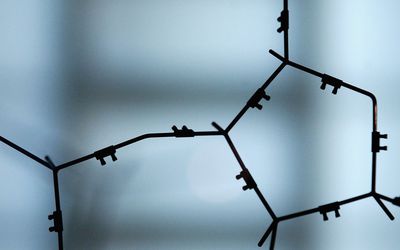