HIV wasting syndrome is defined as the progressive, involuntary weight loss seen in patients with HIV. The U.S. Centers for Disease Control and Prevention (CDC) classified HIV wasting as an AIDS-defining condition in 1987, and characterized it by the following criteria:

Wasting (cachexia) should not be confused with weight loss, the latter of which implies the loss of body weight. By contrast, wasting refers to the loss of body size and mass, most notably lean muscle mass. It is possible, for example, for someone with HIV to lose significant muscle mass while experiencing an increase in body fat.

During HIV infection, the body can consume a lot of its energy reserves. In fact, studies have shown that people with HIV—even those who are otherwise healthy and asymptomatic—will burn 10% more calories on average than people with no infection. Since protein is fat more easily converted to energy than fat, the body will generally metabolize muscle protein first when supplies are either depleted or unavailable in the blood.

The depletion of serum protein can be the result of either malnutrition or a malabsorptive disorder in which the body is simply unable to absorb nutrients. In cases of HIV wasting, chronic diarrhea is most commonly associated with nutritional malabsorption, and may be the result of HIV itself as the virus causes damages to the mucosal tissues of the intestines.

This gradual (and sometimes profound) loss of muscle mass is most often noted in people with AIDS, although it can occur at any stage of HIV infection.

Before the advent of combination antiretroviral therapy (ART), the prevalence of wasting was estimated to be as high as 37%. Yet, despite the effectiveness of ART, wasting still remains a significant concern, with some studies suggesting that anywhere from 20% to 34% of patients will experience some degree of wasting, albeit not at the catastrophic levels previously seen.

While ART is known to improve weight loss and malnutrition in people living with HIV, it may not necessarily prevent the loss of muscle mass or replace it once body weight is restored. More concerning still is the fact that the loss of as little as 3% of muscle mass can increase the risk of death in patients with HIV, while the loss of more than 10% is associated with a four- to six-fold greater risk.

There is currently no standardized approach to treating HIV wasting since there are often overlapping factors contributing to the condition (e.g.; concomitant disease, drug treatment effects, malnutrition). However, there are general guidelines to follow in order to more effectively address weight loss and wasting in people with HIV: 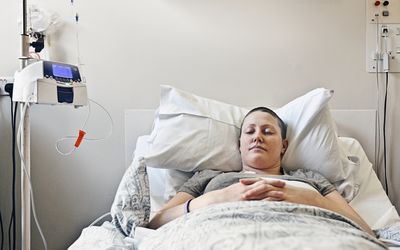 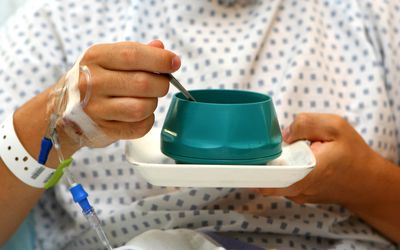 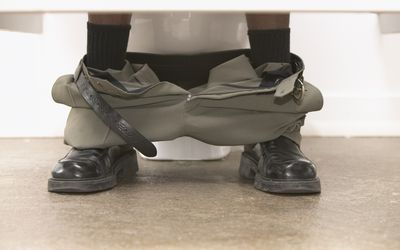