In a new study, researchers found that adults who started gender-affirming hormone therapy (GAHT) as teenagers had better mental health outcomes than those who started treatment later, or not at all.

“Some transgender people struggle with dysphoria related to their bodies not matching who they know themselves to be,” Jack Turban, MD, MHS, the chief fellow in child and adolescent psychiatry at Stanford and lead study author, told Verywell via email.

But gender-affirming hormones, which can alter secondary sex characteristics like hair growth, body fat distribution, and tone of voice, can help people align their bodies to better match their gender identity.

Mary Parrish, LPC, a counselor in New Orleans who regularly sees LGBTQ+ clients, agreed. “Oftentimes, people who want to transition walk through life feeling like an imposter,” they said.

But once those who want GAHT start it, they added, “they begin to be able to look at themselves differently and answer some of the questions they have about who they are.”

This can help protect against feelings of depression and anxiety. “Once they have access, their inside more closely matches their outside,” Parrish added.

However, Turban added, GAHT is only one part of what’s needed as an option in gender-diverse care. “We also need to focus on creating safe school environments, warm relationships within their families, supportive public policies, and more,” Turban said.

The study was published in PLOS ONE in mid-January.

Parrish routinely sees clients with common mental health struggles, like depression and anxiety. They also work with clients who demonstrate how being gender diverse can take a toll on mental health, especially when there isn’t adequate care and support.

“There is a huge sense of feeling like they don’t belong, like something’s wrong with them,” Parrish said.

Typically, clients either go to her when they’re in a process of transitioning or considering. “They’re struggling with their identity, and it’s always precipitated by some depression, anxiety, trauma, or substance use,” they said.

But treatment for gender dysphoria—and all the depression, anxiety, and confusion around it—Parrish said, is all about building confidence. “We typically start with getting them to build up their own narratives about who they are, and how to manage society’s and their family’s expectations,” Parrish added.

Researchers like Turban see GAHT as an aid in the process. “[GAHT] results in positive mental health outcomes like less anxiety, depression, and suicidality,” he said. On the other hand, he added, those who want GAHT and aren’t able to access it often experience adverse mental health issues.

Most of Parrish’s clients who want GAHT have been able to get it, but they know that this isn’t the case for everyone. And beyond access, sometimes navigating insurance and healthcare costs become barriers for many.

“I’ve seen people who have run out of medications, or whose insurance requires participating in specific types of therapy and they don’t do the therapy,” they said. “So there are some other access issues that come up for this population.”

However, this was the first study to compare people who received GAHT at different ages and people who desired it but hadn’t yet accessed it.

At the same time, individuals in both groups struggled less with mental health than folks who wanted GAHT but hadn’t accessed it yet.

They noted that those who started therapy as adults were more likely to engage in behaviors like binge drinking than people who never had hormone treatment.

Still, the researchers point out that these findings are correlational. In other words, it’s possible the connection may be the other way around. People with better mental health may have had an easier time accessing GAHT.

It’s also possible that people in the study misremembered details about when they started treatment (like how old they were), or how their mental health changed over time. It may not be easy for everyone to accurately recall how they felt at certain points in the past.

If you are seeking GAHT treatment, directories like RAD Remedy and MyTransHealth can connect you to affirming and affordable care nationwide.

Having access to gender-affirming therapy is crucial to many transgender people’s current and future mental health. While there are certainly people who choose not to have it, that’s very different from not being able to access it.

“While the medical establishment has come to a broad consensus that gender diversity is not pathological, and that gender affirmation should be the standard of care, many in the general public (including politicians) haven’t caught up to medicine,” Turban said.

Parrish agreed and emphasized that we need to do better at educating people, from parents at home to children in school, about the multilayered concept of gender.

“Our, gender, sex, and identities show up differently throughout our entire lives,” they said. “We need to have deeper conversations about that fluidity starting at a very young age.”

Universal health care should also be a top priority, according to Parrish.

“It’s about making sure that policy addresses the best interests of everyone, and not just people who are in control,” they said. Under this kind of policy, access to health care and costs associated with treatment could become more manageable.

“We’ve seen a resurgence of anti-trans legislation in recent years, and much of it targets young people (their access to bathrooms, their ability to play sports, their ability to access medical care),” Turban said. “My hope is that research like this will continue to be disseminated and that politicians, in particular, will make decisions based on science and data.” 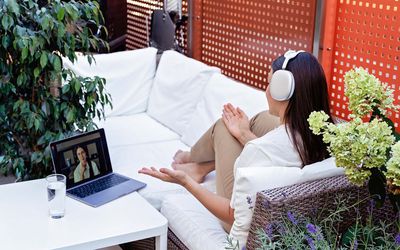