If you are being treated with antiretroviral therapy (ART), your viral load will be used as a marker of treatment response, and your CD4 count is used as a measure of overall immune function.

Before the aegis of newer generation antiretrovirals, it was not uncommon for some doctors to change ART based solely on the patient's inability to achieve immune reconstitution. This often resulted in the premature discontinuation of therapy, often despite a sustained virologic control (as measured by the viral load) and often years before any such changes were called for.

In issuing the updated guidelines, the DHHS concluded that "a poor CD4 response in a patient with viral suppression is rarely an indication for modifying an (antiretroviral) regime." It further acknowledged that the ability to restore a patient's immune response is often blunted by factors that extend well beyond the reach of the drugs—including a low CD4 count at the start of therapy, older age, or a history of HIV-associated illnesses.

In patients with these types of issues, changing ART based on the CD4 count may likely do more harm than good, increasing the risk of drug resistance by changing regimens either too early or too frequently.

According to the DHHS, a patient's CD4 count should be used for one of three primary aims:

For newly diagnosed patients not yet on ART, CD4 testing should be performed at the time of entry into care and then every 3-6 months after.

For patients in whom ART is indicated, CD4 testing should be repeated three months after the initiation of therapy and then every 3-6 months thereafter.

Finally, for patients who have been on ART for at least two years and have sustained undetectable viral loads, it is recommended that

Conversely, CD4 monitoring should resume in patients with either a virologic rebound; an HIV-associated illness; or any other condition or therapy that might potentially reduce the person's CD4 count. The monitoring of other lymphocyte subsets (e.g., CD8, CD19) is no longer recommended since the tests are both costly and offer no real clinical value.

For patients newly diagnosed with HIV, viral load testing should be performed 2 to 8 weeks into care. If it is deemed that ART can be deferred, repeat testing may be considered optional in some cases.

For patients in whom ART is indicated, viral load testing should be performed before the initiation of therapy (to provide a baseline by which to measure treatment response). It should then be repeated 2 to 4 weeks after initiation of ART and every 4 to 8 weeks thereafter until the viral load is completely suppressed.

For patients in whom an undetectable viral load is achieved, testing should be repeated every 3 to 4 months. If viral suppression is sustained for at least two years, testing can be extended to every six months. 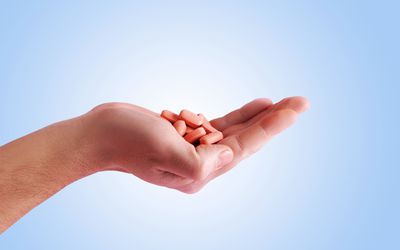 The Lifetime Cost of HIV