How to Save Money in the Medicare Part D Coverage Gap

Michael Bihari, MD
Michael Bihari, MD
Michael Bihari, MD, is a board-certified pediatrician, health educator, and medical writer, and president emeritus of the Community Health Center of Cape Cod.
Learn about our editorial process
Fact checked
Verywell Health content is rigorously reviewed by a team of qualified and experienced fact checkers. Fact checkers review articles for factual accuracy, relevance, and timeliness. We rely on the most current and reputable sources, which are cited in the text and listed at the bottom of each article. Content is fact checked after it has been edited and before publication. Learn more.
by
Dale Brauner

The Donut Hole: What You Still Need to Know

The donut hole refers to a period of time during the year when a Medicare Part D enrollee's prescription drug expenses have reached a certain threshold and their out-of-pocket costs can change. The rules around the donut hole have changed over the years. And more changes are coming in the future, as the Inflation Reduction Act will greatly reduce Part D out-of-pocket costs for enrollees with high-cost medications.

But enrollees do still need to be aware of how the donut hole can affect their costs at the pharmacy. This article will explain how the donut hole has technically closed, what that means in terms of drug costs, and how to minimize out-of-pocket costs. We'll also discuss the changes that are coming in the future to keep Part D out-of-pocket costs lower for many beneficiaries.

Prior to 2011, once a Part D enrollee's drug costs reached a certain threshold, they entered the donut hole and were responsible for 100% of their drug costs until they reached a second threshold. But the Affordable Care Act gradually phased out the donut hole between 2011 and 2020. So at this point, the donut hole is technically closed.

But "closed" just means that rather than paying 100% of the cost of medication while in the donut hole (as was the case prior to the ACA's changes), your responsibility is now 25% of the costs.

So although the coverage gap has technically been eliminated, it is important to remember that you will still be responsible for paying 25% of the costs of your prescription drugs once your drug costs reach the initial threshold for entering the donut hole, and that will continue until your costs reach the catastrophic coverage level.

For example, you might have a plan that has a $10 copay for one of your medications before you reach the initial coverage limit (bottom threshold of the donut hole) but then switches to having you pay 25% of the cost once you hit that point. Assuming you do reach that threshold, your out-of-pocket costs might be quite a bit higher once you're paying 25% of the cost, depending on the full cost of the drug. If you take a lot of medications or ones that are expensive, the costs can still be burdensome, even though the donut hole has technically closed. It's important, therefore, that you are aware of resources that may be able to help you.

How Many People Reach the Donut Hole?

According to a 2018 report from the Kaiser Family Foundation, more than 5 million Medicare Part D plan participants reached the coverage gap in their prescription drug coverage in 2016. This gap—known as the "donut hole"—occurs after an enrollee has reached a specified level of drug spending (the initial coverage limit) but has not spent enough to reach the catastrophic coverage threshold. And as described above, people can still experience higher costs while in the donut hole, even though it's technically closed.

People with chronic conditions, such as Alzheimer's disease or diabetes, have a much higher risk of reaching the coverage gap than people without chronic medical needs. If you only need an occasional prescription, you're not likely to reach the coverage gap, since it doesn't begin until your total drug spending reaches the initial coverage limit, which is $4,660 in 2023.

Prior to the ACA's changes, people had to pay 100% of the cost of their drugs while in this gap. But the percentage of the cost that enrollees have to pay has been reduced to 25% as a result of the ACA.

It's important to understand, however, that drug costs have also increased during that time. So while you may be paying a lower percentage of the cost now than you were a few years ago, it's still possible that your total cost each time you refill a medication could be increasing, due to the increasing cost of medications.

And the upper threshold of the donut hole (where catastrophic coverage kicks in and medication costs decline significantly) increases a little each year too, which results in more out-of-pocket spending for Part D enrollees with extensive prescription needs. As of 2023, the catastrophic coverage level begins once total drug spending reaches $7,400.

Medication Compliance While in the Donut Hole

A Kaiser Family Foundation analysis of 2007 medication utilization among Part D enrollees found that about 15% of people who reached the coverage gap stopped their medications.﻿﻿

For example, 10% of people in a Medicare drug plan who were taking oral medications for the treatment of type 2 diabetes who reached the coverage gap stopped taking their medications. For a person with diabetes, stopping medication for even a short period of time can cause serious and immediate health problems.

And despite the fact that the Part D donut hole has been closed, the cost of some medications can still be prohibitively high even if the enrollee is only paying 25% of the costs. So let's take a look at some ways to save money if you end up in the donut hole.

How Can I Lower My Drug Costs in the Donut Hole?

Consider switching to a less-expensive drug One of the easiest ways to lower your prescription drug costs in the donut hole is to switch to lower cost or generic drugs, as available and appropriate. You can talk with your healthcare provider about the medications you are currently taking to find out if there are generic or less-expensive brand-name drugs that would work just as well as the ones you're taking now.

For example, if you take Zoloft for depression, you can save money by switching to sertraline, the generic version of Zoloft.

Explore national and community-based charities
Several national and community-based charities have programs that can help you with the cost of your medications. A good place to start is the website of Benefits Checkup, a service of the National Council on Aging. The site provides easy-to-read information about the Medicare prescription drug plan, how to find additional benefits and how to apply for extra help.

All you need to do is find your medication in the alphabetical list. The site then provides information about available savings programs and a link to the drug company's site to obtain information on how to apply for assistance.

Consider state pharmaceutical assistance programs
Many states offer help with paying drug plan premiums and other drug costs. You can find out if your state has a program by visiting the State Pharmaceutical Assistance Program (SPAP) page on the Medicare website.

The National Conference of State Legislatures has a comprehensive summary of SPAPs across the country and how they work.

Apply for the Extra Help program
If you have a Medicare drug plan and have limited income and resources, you may qualify for a low-income subsidy, also known as Extra Help. Just like it sounds, this program can provide extra help in paying for your prescription medications.

The Extra Help program, available through the Social Security Administration, can save you money by paying for part of your monthly premiums, annual deductibles and prescription copayments. And starting in 2024, full Extra Help benefits will be available to more people, thanks to the Inflation Reduction Act.

The premiums, out-of-pocket costs, and covered drug lists for each plan can change from one year to the next, and your own prescription needs can also change over time.

So it's in your best interest to comparison shop each fall, making sure that the plan you select for the coming year is the one that will minimize your overall costs for your prescription drugs. You'll want to pay attention to both the cost of the plan and the out-of-pocket costs for the drugs you need.

Is There Anything That I Can Do to Avoid the Donut Hole?

Yes. You can avoid the donut hole if you are able to keep the total cost of your drugs below $4,660 in 2023. If your Part D plan offers lower-cost drugs prior to the initial coverage limit (for example, a $10 copay instead of requiring you to pay 25% of the cost of your drugs), your out-of-pocket spending will stay lower if you don't reach the initial coverage limit. One of the best ways to do this is to ask your healthcare provider to switch you to generic medications, if available and appropriate.

This initial coverage limit is quite a bit higher than it was in 2011, when the ACA first started to provide discounts in the donut hole (that year, the donut hole began once your total drug spending reached $2,840). But thanks to the ACA, the donut hole itself is also considerably less painful than it was back when enrollees had to pay the full cost of their medications.

Although the Affordable Care Act technically "closed" the Medicare Part D donut hole in 2020, many plans still have higher out-of-pocket costs once an enrollee's costs reach the donut hole threshold. The Inflation Reduction Act will limit Part D spending starting in 2024 (and even more so in 2025).

But it's still important for beneficiaries to understand how Part D costs work, and how to minimize those costs if and when they reach the donut hole. Switching to generic medications is a clear cost-saver, but it's not always an option. There are also pharmaceutical assistance programs that can help, and switching to a different pharmacy (possibly a mail-order pharmacy) can also result in lower costs. Low-income Part D enrollees should also check to see if they're eligible for a low-income subsidy, also known as Extra Help.

Don't be shy about discussing the price of medications with your doctor. It's perfectly fine to point out that high-cost drugs could strain your budget, especially if you end up reaching the donut hole. If there are no alternatives to the high-cost medications, your doctor might be able to connect you with a pharmacy assistance program that can help. But if there are lowest-cost alternatives available, your doctor can discuss them with you. Overall, your doctor wants you to be healthy and able to afford your medications, so it's in everyone's best interest to talk with them about any financial concerns you have. 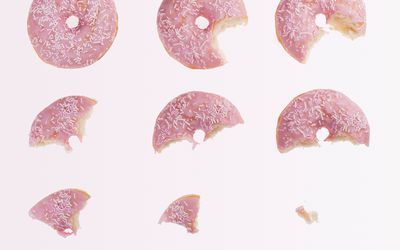 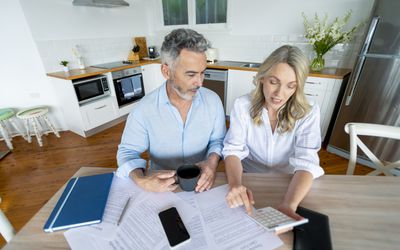 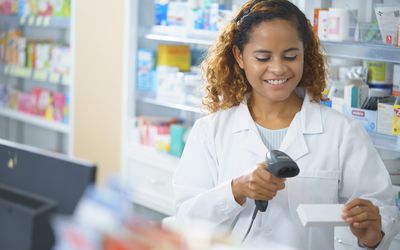 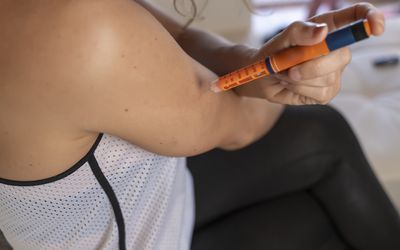 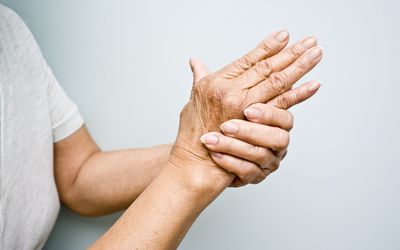 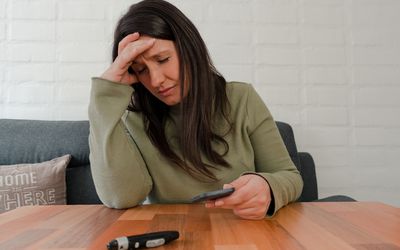 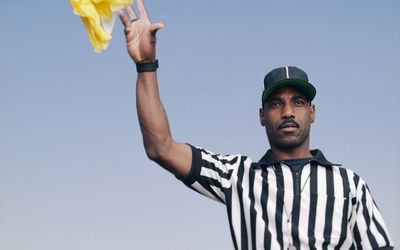