Many people toss expired or unused medications in the trash or flush them down the toilet. Some components of these drugs end up in our lakes, streams, and water supplies. According to the U.S. Fish and Wildlife Service, “The improper disposal of unused medications by flushing them or pouring them down the drain may be harmful to fish, wildlife, and their habitats.” Additionally, throwing medications away in the garbage may be dangerous since they can end up in the mouths of children or household pets.

According to an Associated Press investigation reported in early 2008, “A vast array of pharmaceuticals — including antibiotics, anti-convulsants, mood stabilizers and sex hormones — have been found in the drinking water supplies of at least 41 million Americans.”

Since the amount of the drugs found in our water supply is hundreds or thousands of times lower than the quantity found in the medications that we take, it is not clear what the potential harm is to humans. However, research has shown that there can be effects on animals that live in the water such as fish and frogs.

How Medications Get Into Our Water

In both cases, the wastewater is treated by our local sewage facilities before it is discharged into local reservoirs, rivers or lakes. Most of these water treatments do not remove the entire drug residue. Some of this water then may go to drinking water treatment plants and piped to our faucets.

The U.S. Food and Drug Administration (FDA) and the White House Office of National Drug Control Policy issued the following guidelines in 2007 for the proper disposal of prescription medications:

As part of the aforementioned policy, the government recommends the following drugs be flushed down the toilet instead of thrown in the trash. The goal is to reduce the danger of unintentional use or overdose and illegal abuse.

Ever since 2010, the DEA has hosted a national drug take back day. In 2016, this initiative reaped almost 366 tons of prescription medications. Many of these medications were controlled substances, including tranquilizers, stimulants, and painkillers. If these drugs were to be used improperly, they could fuel dependence, abuse, and misuse. Specifically, according to the DEA, 4 of 5 users of heroin started out by taking painkillers.

Ever since this program started, it has collected an astounding 7.1 million pounds of drugs. There are more than 5200 collection sites nationwide.

Take-back programs are the best way to dispose of drugs found in your dresser, medicine cabinet or draws.

According to the DEA: “Take back programs offer a safe, simple, and anonymous way to keep dangerous prescription drugs out of the wrong hands and prevent substance abuse.”

Some states and environmentalists do not agree with the federal government’s policy on flushing certain medications. The Florida Department of Environmental Protection states that “Although this method of disposal prevents immediate accidental ingestion, it can cause contamination in our aquatic environment because wastewater treatment systems, including septic tanks, are not designed to remove many of these medications.”

Instead, this Florida agency outlines a step-by-step method for the safe disposal of all prescription and over-the-counter medications.

For Pills and Liquids: 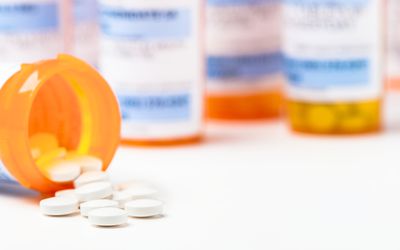 Safe Disposal of Medications You No Longer Use 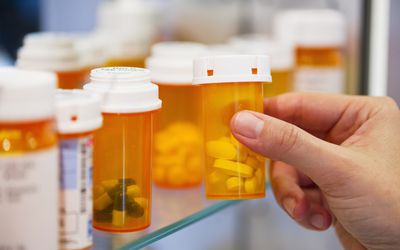 How to Safely Dispose of Unused Medications