How to Relieve Ear Pain

Ear pain (otalgia) can feel like a dull, sharp, or burning sensation. The pain may come on gradually or suddenly. It might be constant or come and go, depending on the cause. One or both ears can be affected. Though ear pain is more common in children, it can occur in adults as well.

Read on to learn more about ear pain causes, home remedies, and treatments.

Ear pain is a common symptom that can have a number of causes, including infection and injury. Sometimes ear pain is caused by referred pain, which is pain that originates elsewhere in the body (e.g., throat, teeth) and is felt in the ear.

Although rare, ear pain can also be referred from a cancer. Always have persistent ear pain evaluated by a healthcare professional.

One of the most common causes of ear pain is infections of the ear. Ear infections can occur in the inner, middle, and outer ear.

Why Do Ear Infections Happen?

Labyrinthitis is an ear disorder that is caused by inflammation and/or irritation in the inner parts of the ear, which are responsible for balance and hearing. It may cause symptoms such as vertigo, nausea, vomiting, tinnitus, and temporary hearing loss. Inner ear infections usually do not cause ear pain.

An inner ear infection is usually caused by a viral or bacterial infection, but in some cases can be a symptom of an autoimmune disease.

Middle ear infections (otitis media) occur when fluid and inflamed tissue build up in the middle ear (the area between your eardrum and the oval window of your inner ear).

Otitis media is more common after catching a cold or having nasal congestion. Children are more susceptible to middle ear infections, but adults can get them, too.

What Is a Middle Ear Infection?

The symptoms include moderate to severe aching pain in the ear and fever. If left untreated, the eardrum can rupture because of the pressure buildup of fluids.

Outer ear infections (otitis externa) occur in the outer ear canal, which runs from your eardrum to where the outside of the ear meets the head.

This type of ear infection is commonly called “swimmer's ear." When water gets into and remains in the ear, it creates a moist environment in which bacteria or fungi can grow and thrive, causing infection.

Otitis externa can also occur when external items placed in the ear (such as headphones, hearing aids, and cotton swabs) damage the skin inside the ear canal, which can lead to infection.

Otitis media with effusion (OME) is a buildup of fluid deep inside the middle ear. The pressure of this fluid may cause pain and temporary hearing loss.

OME, which is sometimes called "glue ear," may clear up on its own. Sometimes a minor procedure to place small tubes (or grommets) in the ear can help drain the fluid to provide relief.

Earwax is meant to protect your ear canal from bacteria, injury, and water. Sometimes the wax can build up or get pushed back into the ear canal, leading to a blockage.

A buildup of earwax can sometimes cause ear pain. With an earwax blockage, you may feel a sensation of fullness or congestion in the ear. You may also hear a ringing in your ears or have temporary hearing loss from the blockage.

What to Do If Your Ears Are Blocked With Wax

If the eustachian tube is blocked, bacteria or fluid can become trapped inside the ear and cause infection. Symptoms of a blocked eustachian tube include ear pain, ringing or popping sensation in the ear, dizziness, and hearing loss.

Sometimes a pain in the ear is not because there is a problem with the ear itself. Instead, the pain is felt in the ear even though the issue is somewhere else (this is called referred pain).

The Anatomy of Outer Ear

There are things you can do at home to relieve ear pain, such as:

Over-the-counter (OTC) treatments can help reduce pain and inflammation in the ear. Some options include:

How to Prevent Ear Infections and Fluid in the Ears

Self-care and OTC medications are not always enough to treat ear pain. If the pain does not go away or gets worse, it's important to see your doctor—especially if you also have a fever, notice pus or fluid coming from the ear, or have hearing loss.

Your doctor may prescribe medications to help treat your earache, including:

If wax buildup is the culprit causing your ear pain, your doctor might prescribe wax-softening ear drops, which help break up the wax and let it come out on its own.

How to Treat Otitis Externa

If you have ongoing ear pain, or an ear condition that requires specialized treatment, your doctor might want to refer you to an ear, nose, and throat (ENT) specialist. This doctor can run additional tests and recommend a procedure to relieve your ear pain.

For example, if your ear pain is caused by a wax blockage, the ENT may perform a procedure to remove wax buildup from the ears for relief.

How to Safely Remove Earwax

The doctor uses a tool called an otoscope to get a clear image of the middle ear to see if irrigation is necessary. If it is, a syringe-like tool is used to insert water or a saline mixture into the ear to flush out any excess earwax.

What Are ENT Disorders?

Microsuctioning (vacuuming ear wax) is a procedure in which a doctor uses a tiny vacuum to gently dislodge and remove impacted earwax. The quick and efficient method is often used when ear flushing or irrigation has not helped.

After the doctor has examined the ear using an otoscope or binaural microscope, they will carefully remove the wax using suction. The process takes only a few minutes, and there should be very little (if any) discomfort felt during the procedure.

How to Clean Your Ears

A case of mild ear pain will often go away on its own or with the help of home remedies after a few days. If your ear pain is worsening or has not gotten better after several days, it's important to see your doctor. Your ear pain might be caused by an infection or a condition that needs treatment, such as antibiotics or a medical procedure. 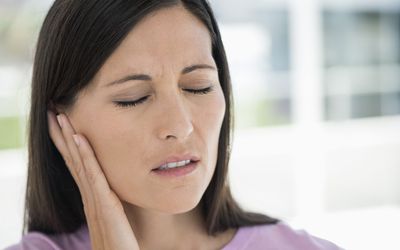 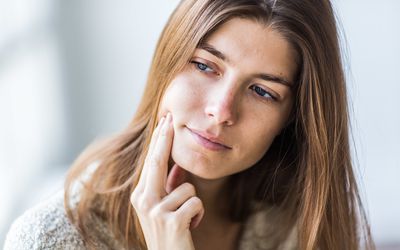 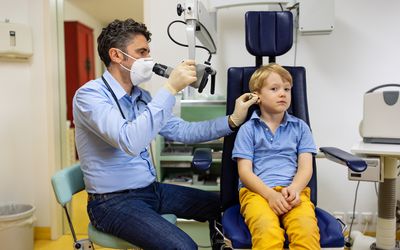