Mary Kugler, RN
Mary Kugler, RN, is a pediatric nurse whose specialty is caring for children with long-term or severe medical problems.
Learn about our editorial process
Medically reviewed by Jenny Sweigard, MD

If you've learned that your child or a child of a loved one has Hurler syndrome, you're probably confused and frightened. What does this mean?

Hurler syndrome is a type of storage disease in the body caused by the lack of one enzyme. The abnormal enzyme, alpha -L-iduronidase (IDUA) is caused by a gene mutation in the IDUA gene, a gene located on chromosome 4. The condition varies in severity but is a progressive condition involving many bodily systems.﻿﻿

Mucopolysaccharidoses (MPS) are a group of genetic disorders in which critical body enzymes (chemicals) are missing or present in insufficient amounts. MPS I disease is caused by a deficiency in a particular enzyme called alpha-L-iduronidase (IUDA).

The enzyme alpha-L-iduronidase breaks down long chains of sugar molecules so that the body can dispose of them. Without the enzyme, the big molecules of sugar build up and progressively damage parts of the body.

The build-up of molecules (glycosaminoglycans or GAGs) happens in the lysosomes (a special organelle in the cells that holds a variety of enzymes). The exact GAGs that build up in the lysosomes are different in each different type of MPS disease.

Hurler Syndrome or Hurler Disease is the historical term for the most severe version of MPS. Hurler was the last name of the doctor who first described the condition.

A baby will show few signs of the disorder at birth but within a few months (once molecules begin to build up in the cells) symptoms begin. Bone deformities may be detected. The heart and respiratory system are affected, as are other internal organs including the brain. The child grows but remains behind in both physical and mental development for his age.

The child may have trouble crawling and walking, and problems with his joints develop, causing parts of the body like his hands to be unable to straighten out. Children with Hurler syndrome usually succumb to problems such as heart failure or pneumonia.

A diagnosis of Hurler syndrome is based on the child's physical symptoms. Generally, the symptoms of severe MPS I will be present during the first year of life, while the symptoms of attenuated MPS I appear in childhood. Testing may detect the decreased activity of the enzyme. It may also be possible to identify the disease in molecular genetic testing.﻿﻿

Prenatal testing for MPS I is part of the Recommended Uniform Screening Panel performed on newborns at 24 hours of age. Carrier testing for at-risk family members is present, but only if both IUDA gene variants have been identified in the family.

Many specialists are involved in the care of an individual with MPS I. A genetic counselor can talk with the family and relatives about the risks of passing on the syndrome.

MPS I is considered to exist on a spectrum from mild (attenuated) to severe: There is a significant overlap between these and no significant biochemical differences have been identified between these.

Each of the MPS disorders can cause a variety of different symptoms, but many of the diseases share similar symptoms, such as:

Common symptoms specific to Hurler syndrome (and Scheie and Hurler-Scheie syndrome) include:

Globally, severe MPS I occurs in about 1 in every 100,000 births and is divided into three groups according to the type, severity, and the way the symptoms progress. Attenuated MPS I is less common, occurring in less than 1 in 500,000 births.

Hurler syndrome is inherited in an autosomal recessive pattern, meaning that a child must inherit two copies of the gene for MPS I, one from each parent, in order to develop the disease. ﻿﻿

Since the condition is hereditary, many parents who have a child with Hurler syndrome worry that other children could also be born with the missing enzyme. Since the condition is autosomal recessive, both parents are usually considered "carriers." This means that they have one copy of the gene which produces the enzyme normally, and one copy that does not. A child must inherit the defective genes from both parents.

The risk that two parents who are carriers will have a child with MPS I is 25 percent. There is also a 25 percent chance that a child will inherit normal copies of both genes. Half the time (50 percent) a child will inherit the defective gene from one parent and the normal gene from the other. These children will not have any symptoms but will be a carrier of the syndrome like his or her parents.

There is as yet no cure for MPS I, so treatment has focused on relieving symptoms. 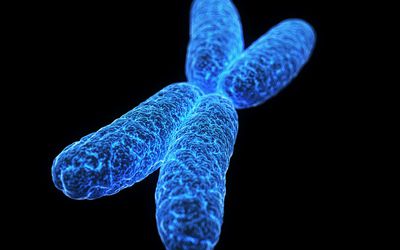 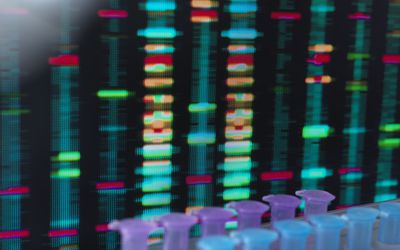 An Overview of Fabry Disease